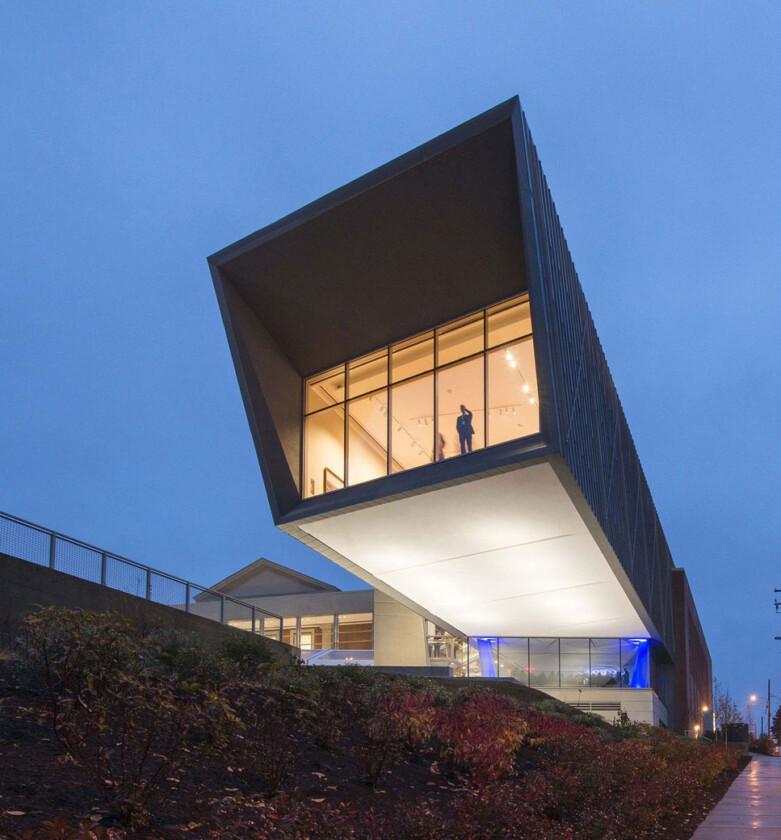 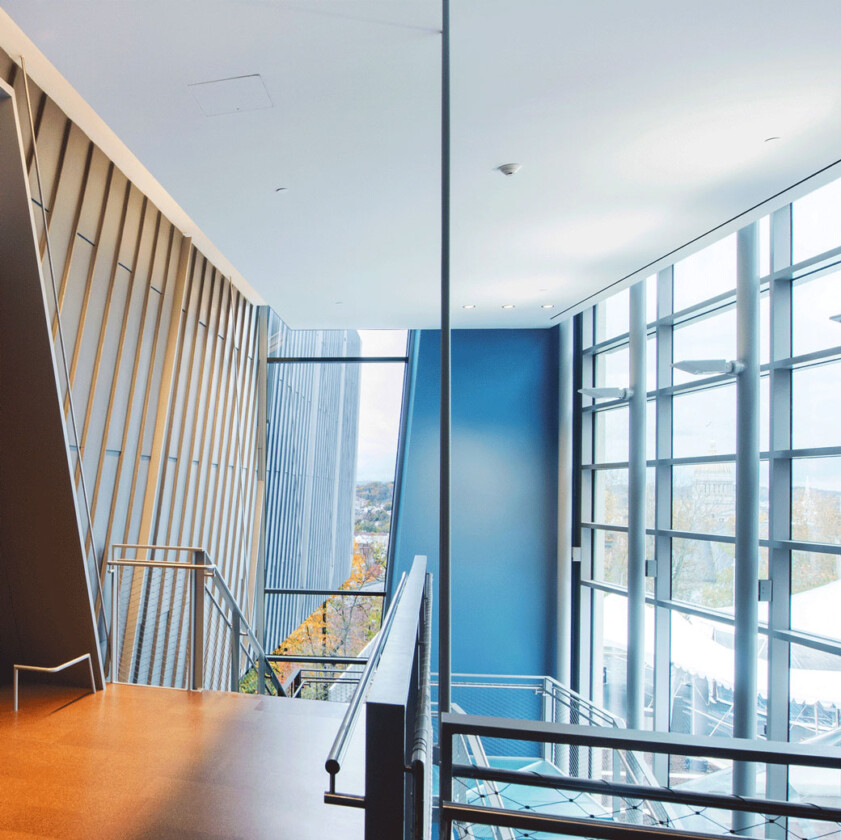 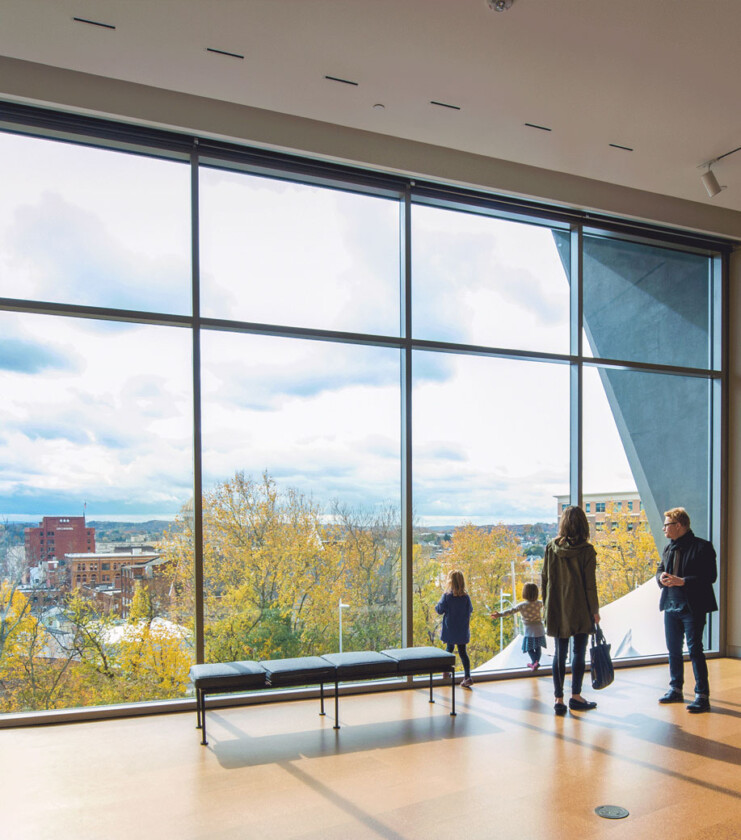 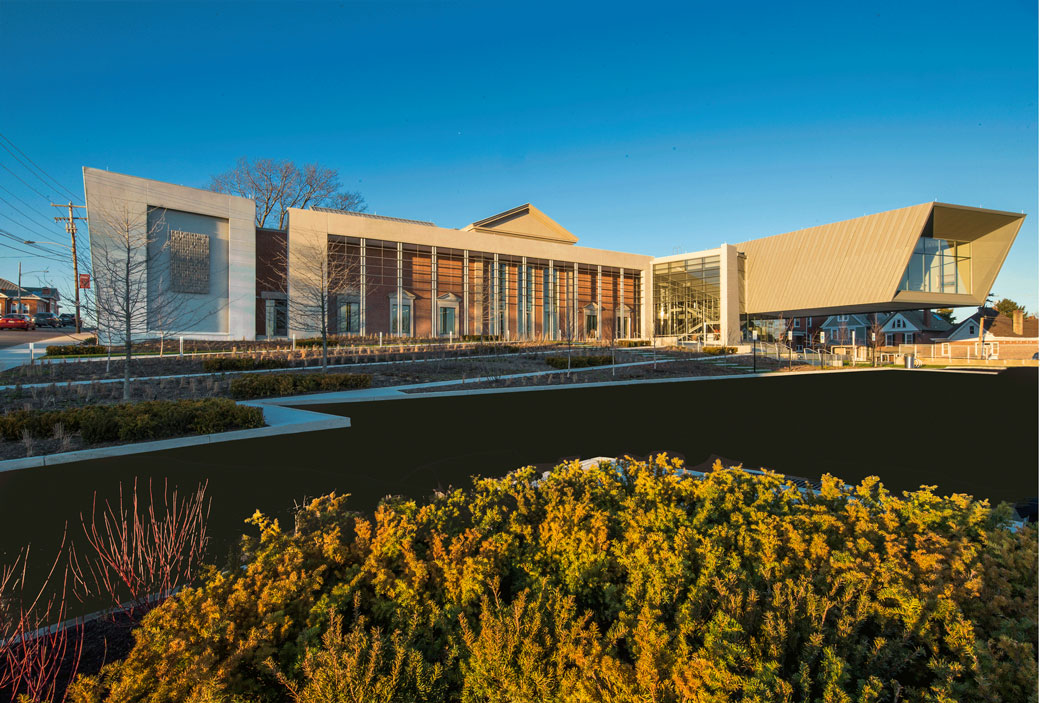 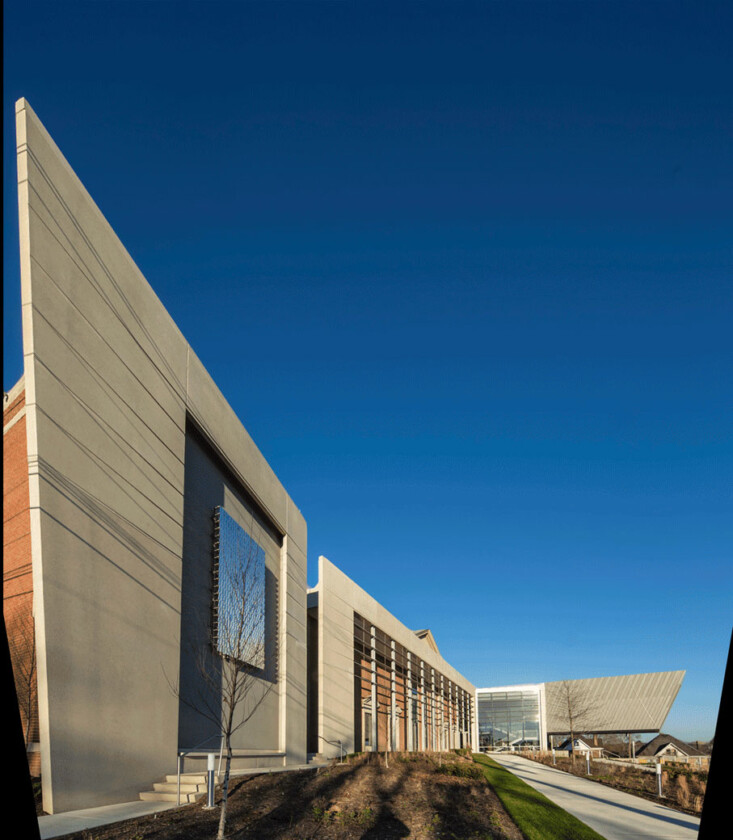 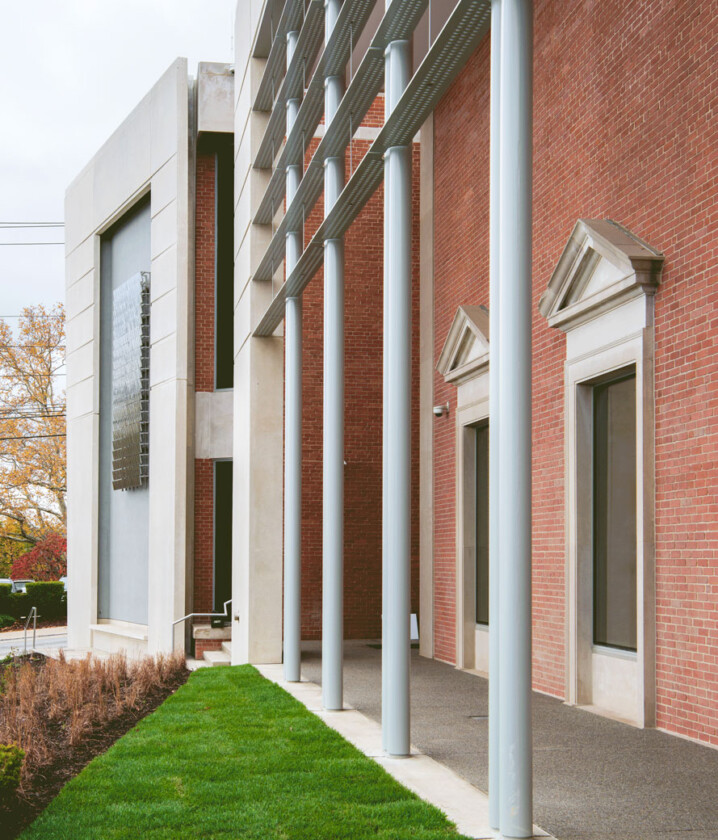 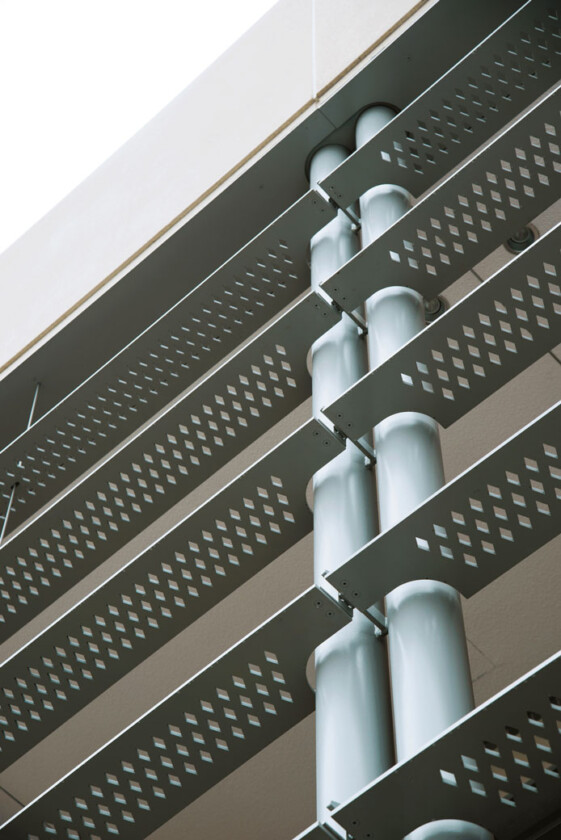 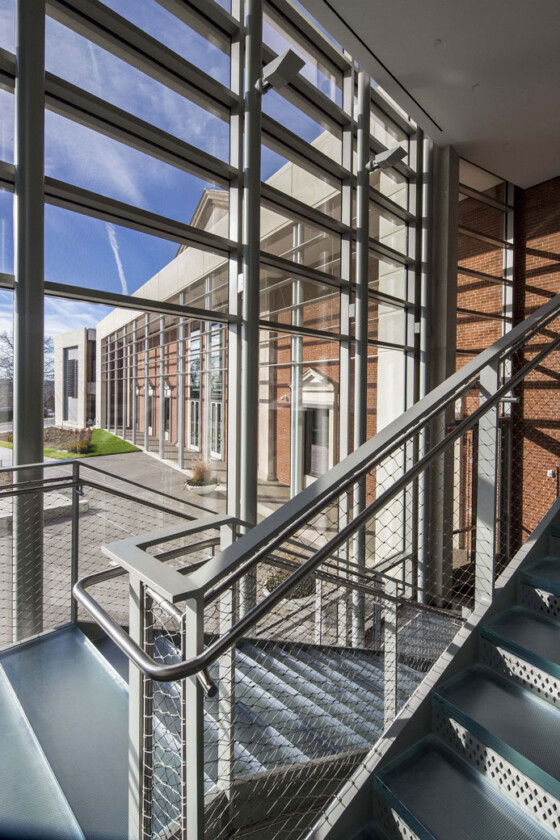 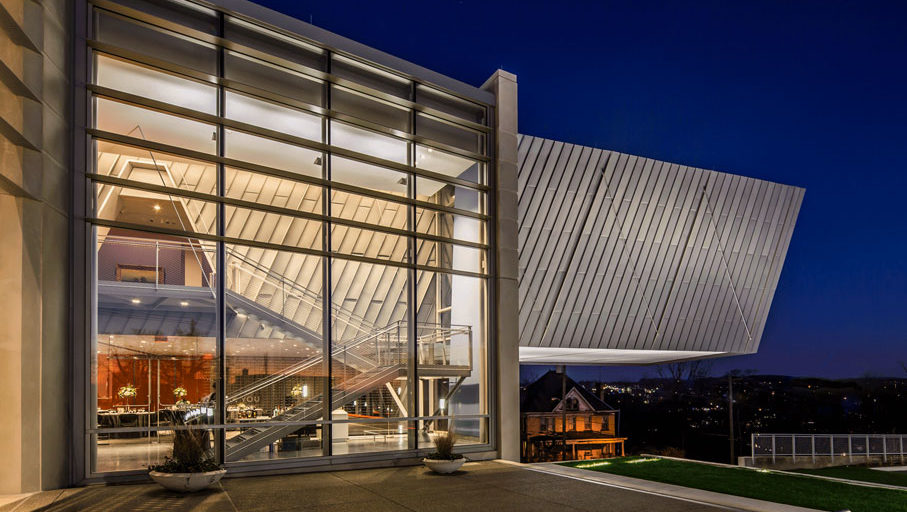 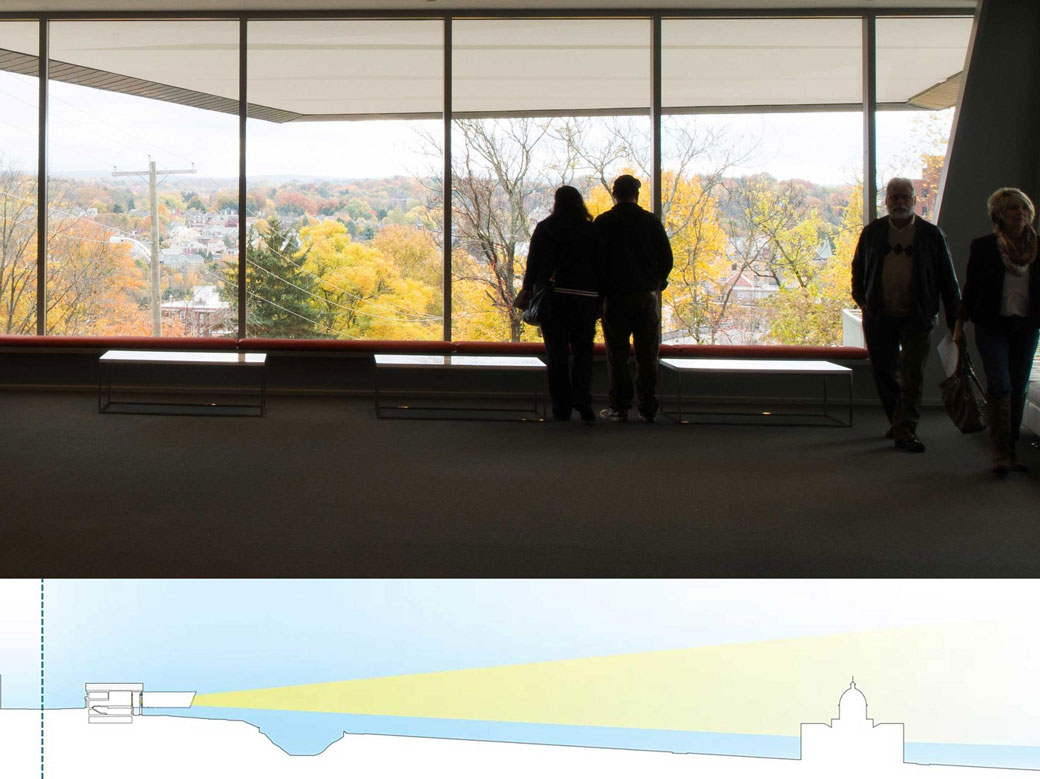 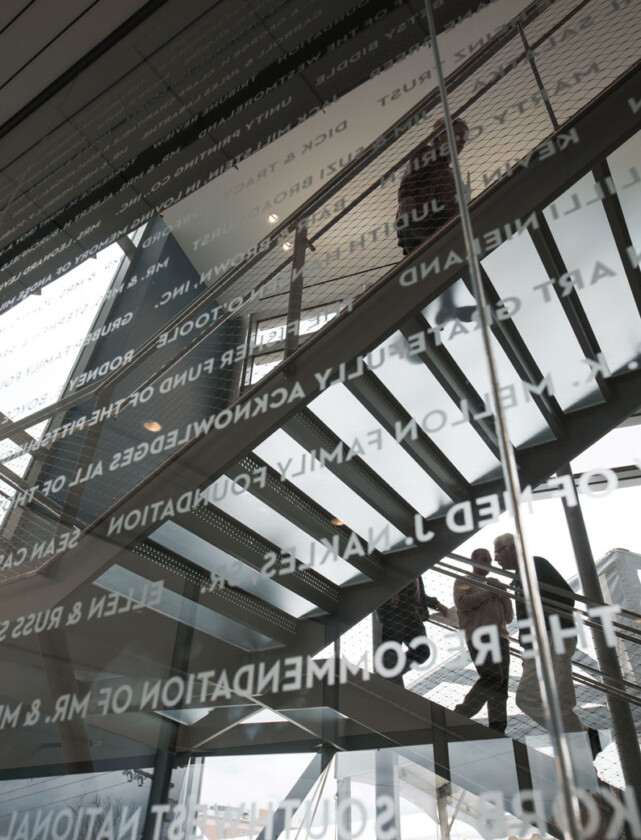 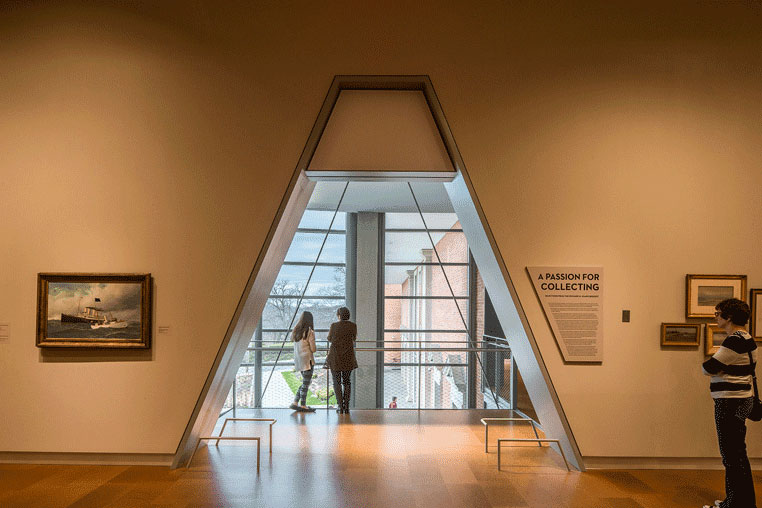 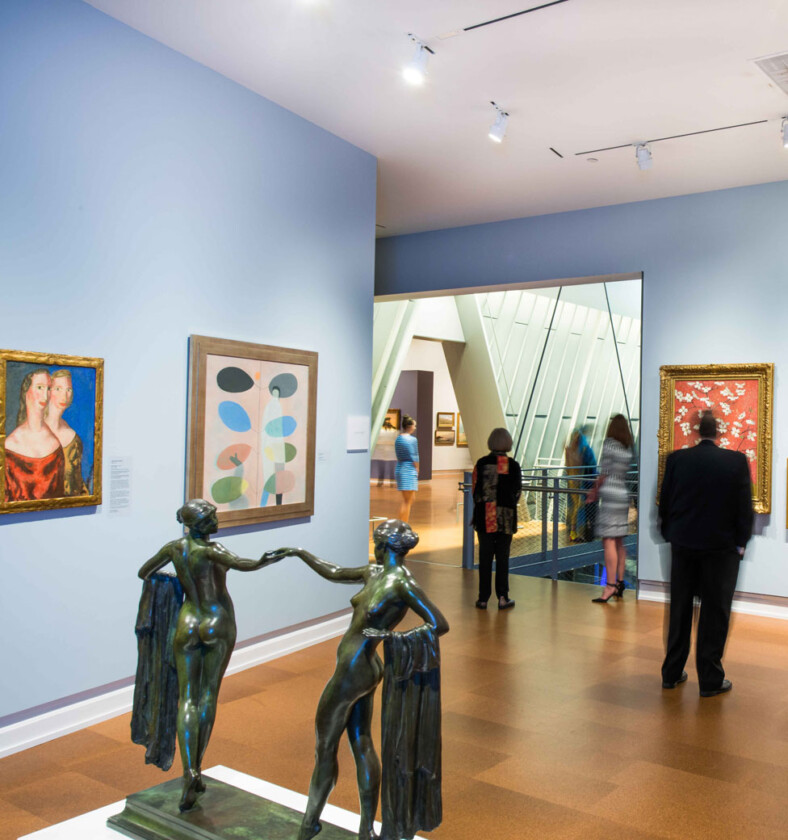 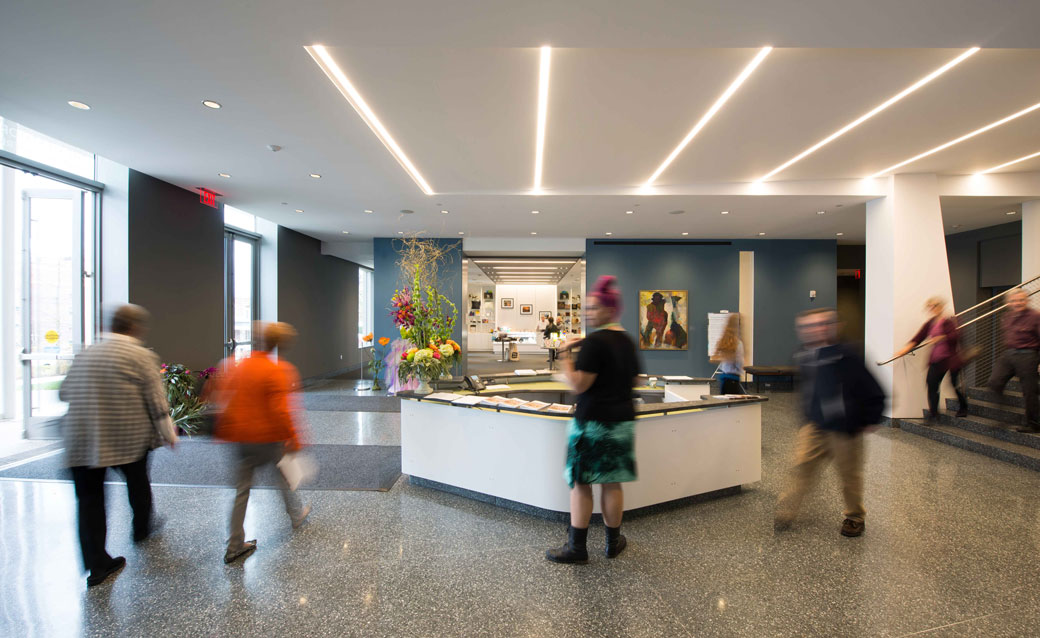 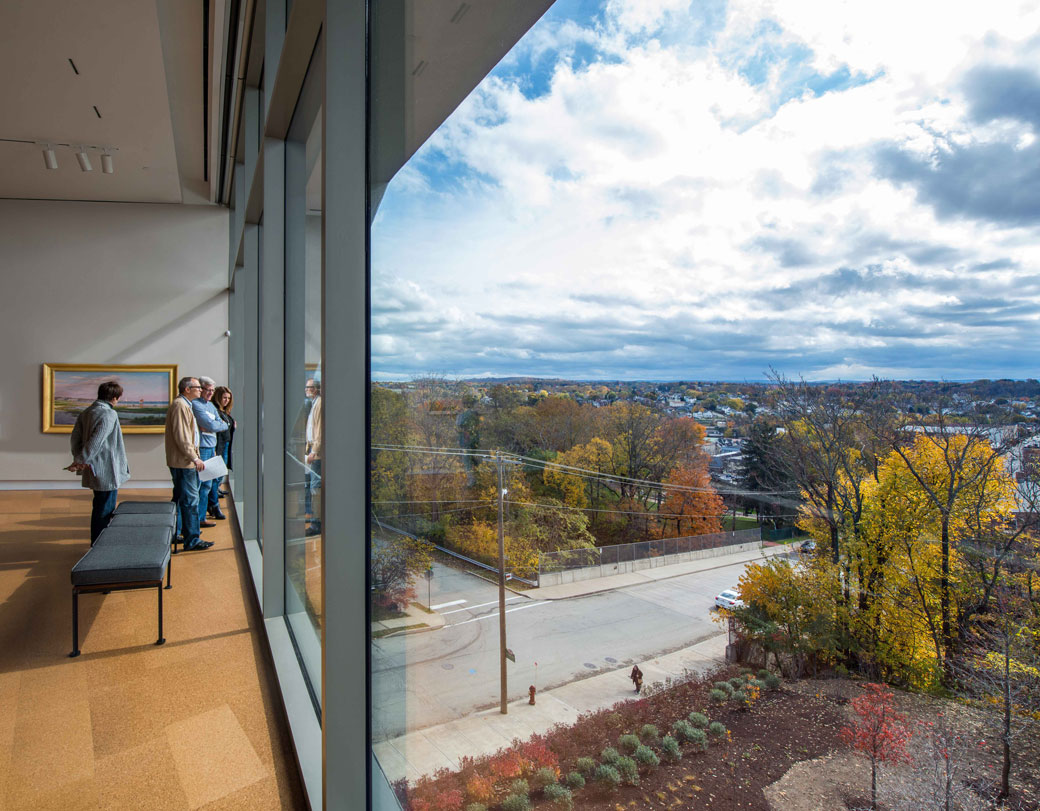 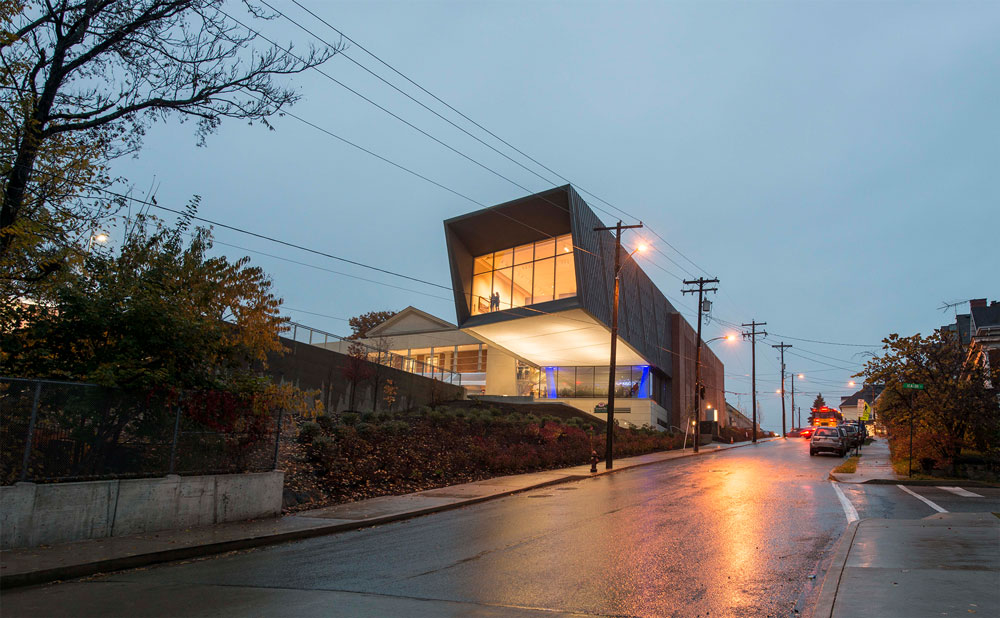 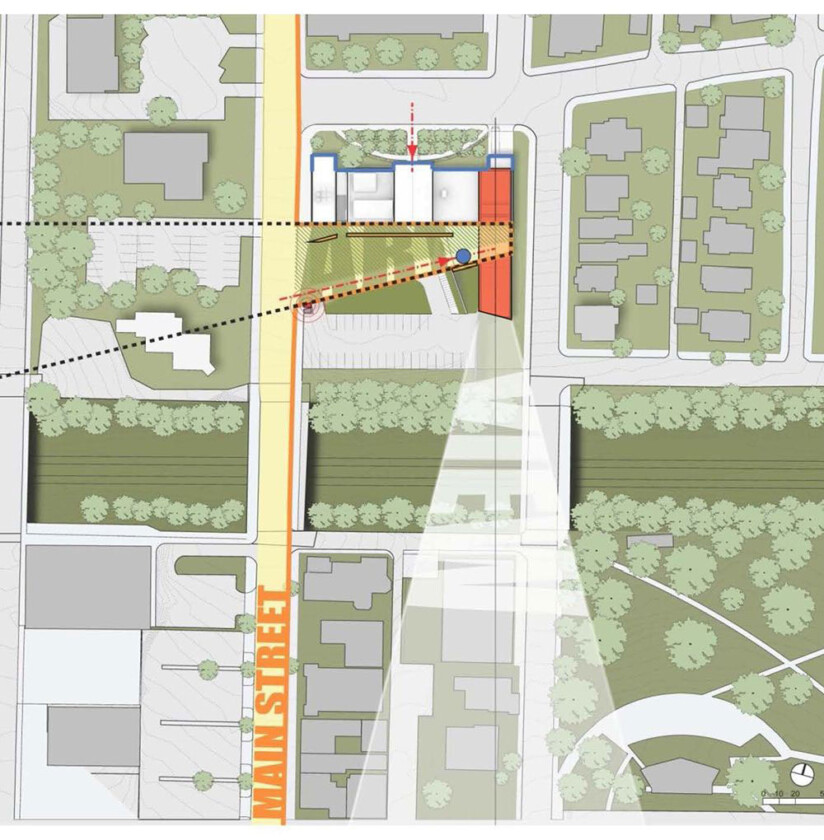 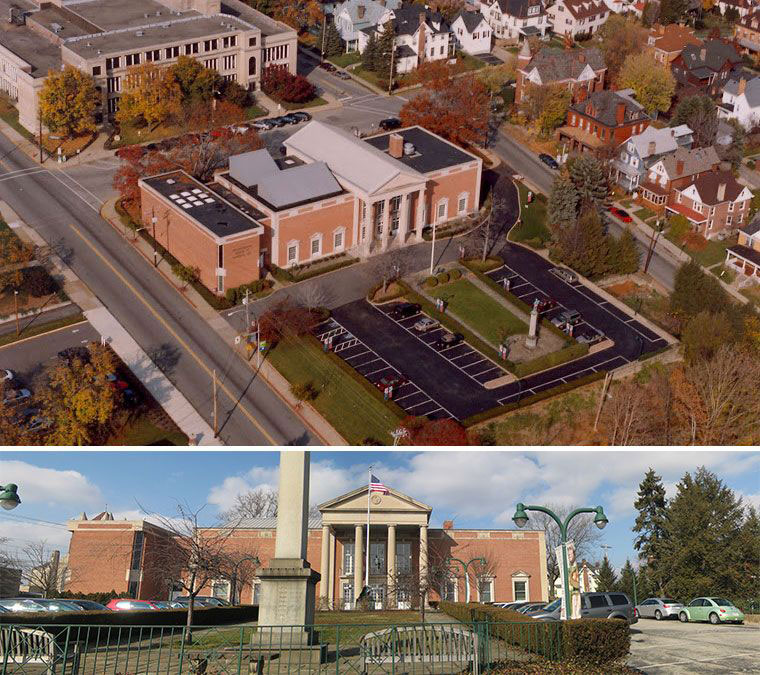 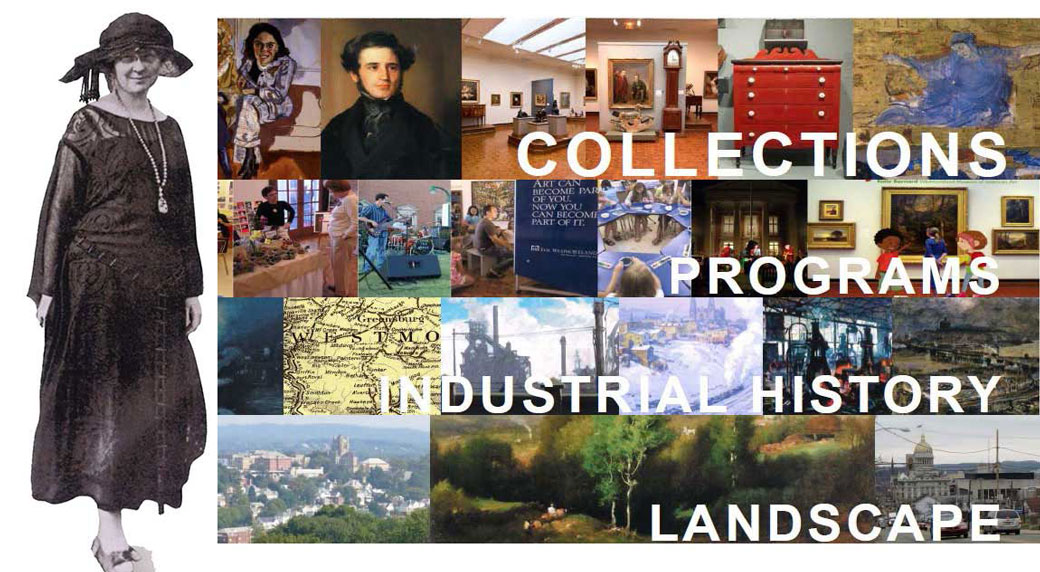 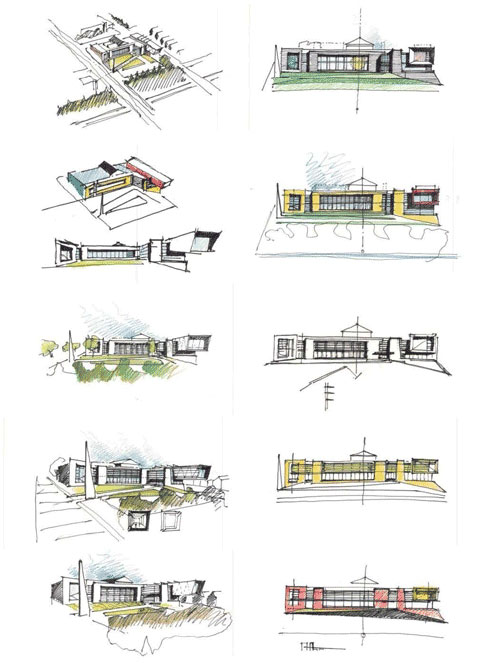 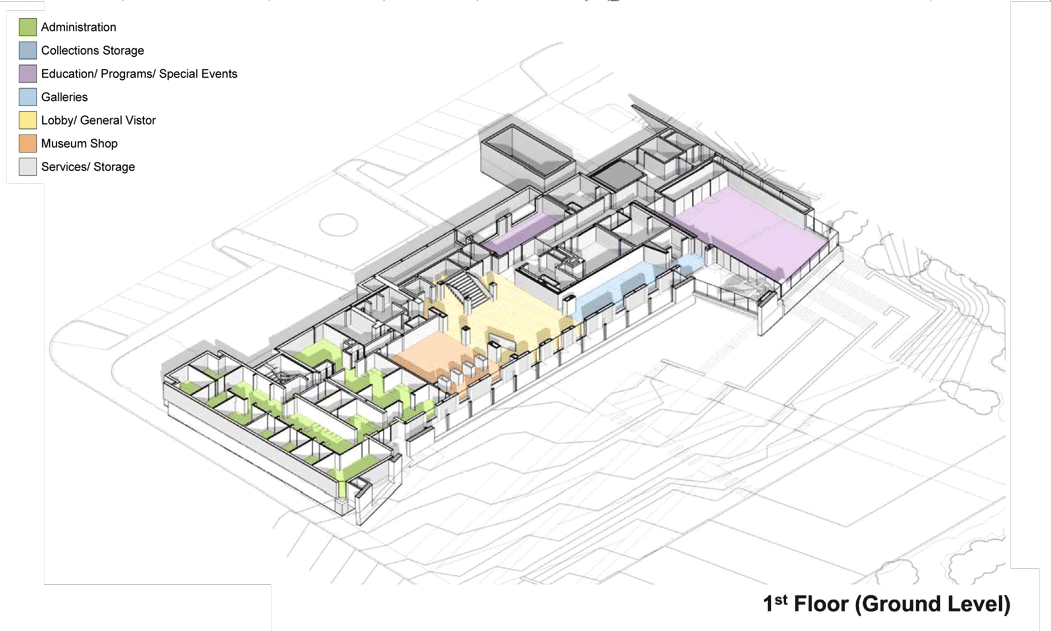 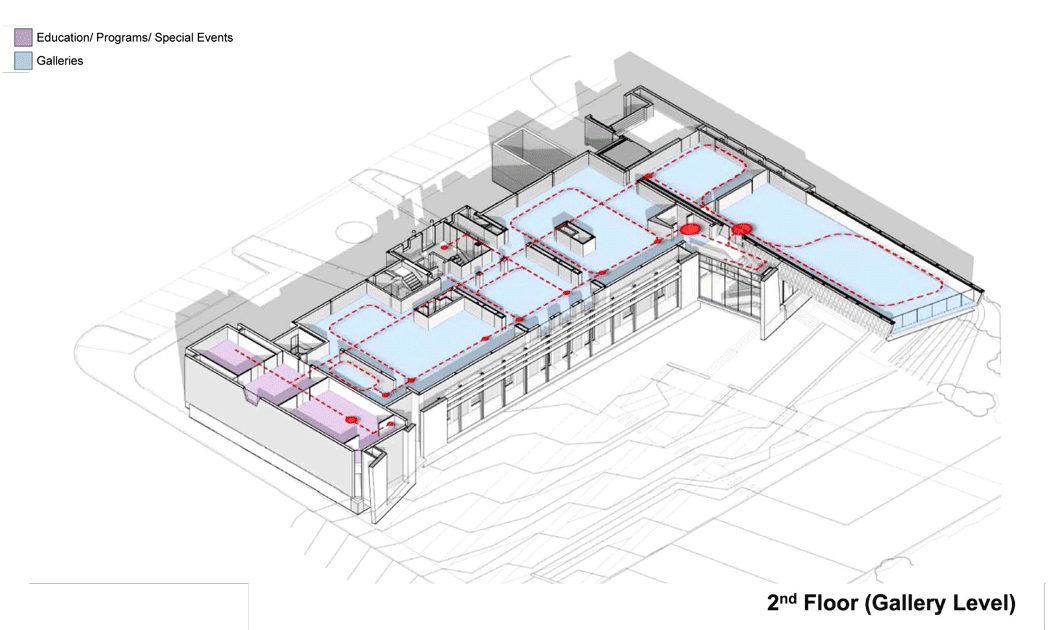 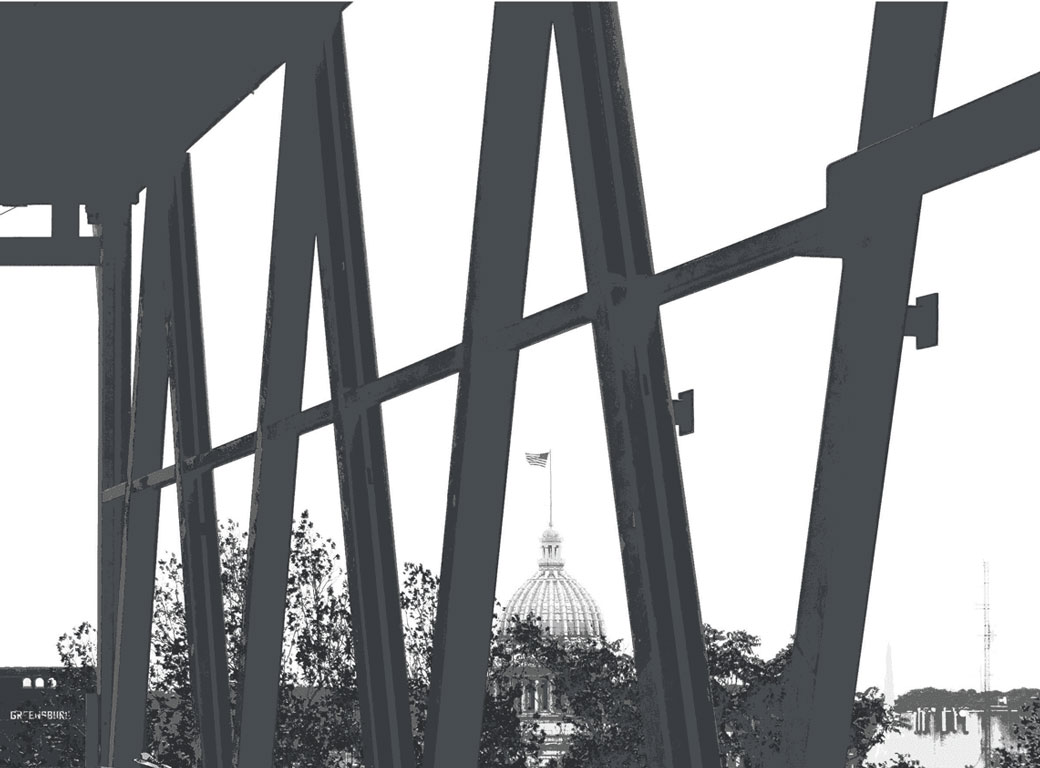 Located on a hilltop overlooking the city of Greens­burg, the Westmoreland Museum of American Art is an architecturally dynamic building marrying old and new with a cantilever addition that stands as a striking counterpoint to the original neo-Georgian structure. The design strengthens and renews institutional identity and the museum experience while extending its legacy into the future. The transformation of the building reinforces the importance of the arts and the Museum’s vital role in the community and the region. The project also encompasses a new landscape and sculpture garden extending the Museum beyond its walls to forge stronger connections to the city and the surrounding neighborhood. The expanded building frames the landscape while providing a transparent backdrop linking interior and exterior and revealing the activity within. Perpendicular to the cantilevered addition, a new south façade frames the original brick building. This new layer is defined by a plane of pre-cast concrete to match the original limestone of the building and a two-story colonnade of slender paired columns along its entire length. Three new vertical glass openings in the original brick envelope have been created to mark the entry. At the western end of the building, an angled pre-cast plane frames a commissioned sculpture by Tim Prentice, forming a focal point as one approaches the building from downtown along Main Street.  A simple palette of materials and textures – precast concrete, zinc, brick and glass – unifies the expansion with the existing building.  Sustainability is integral to the project, with state-of-the-art mechanical systems incorporated throughout, along with enhanced daylighting and views, local­ly-sourced materials and a substantial reduction of exterior hardscape with the creation of the sculp­ture garden. Use of native and adaptive plantings eliminates the need for irrigation.

A New Identity for the Arts on Main Street