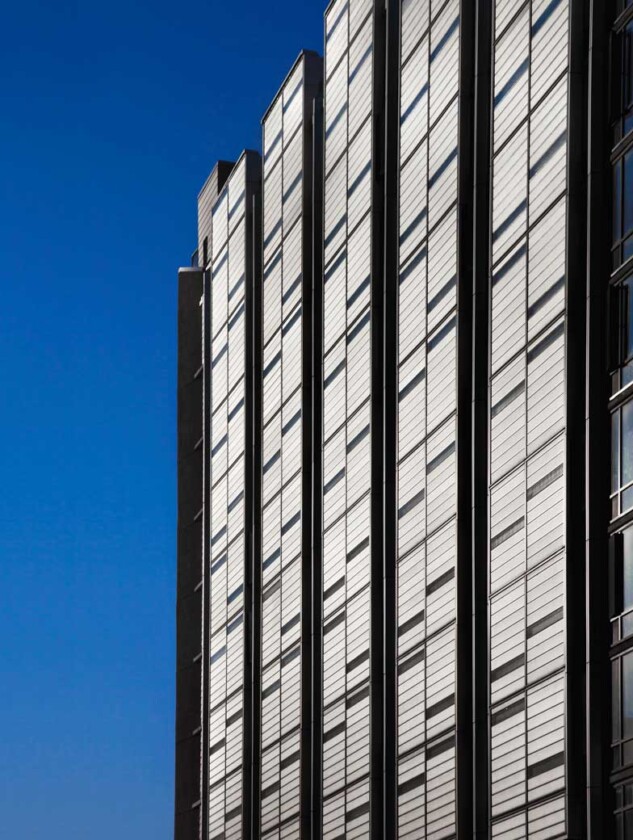 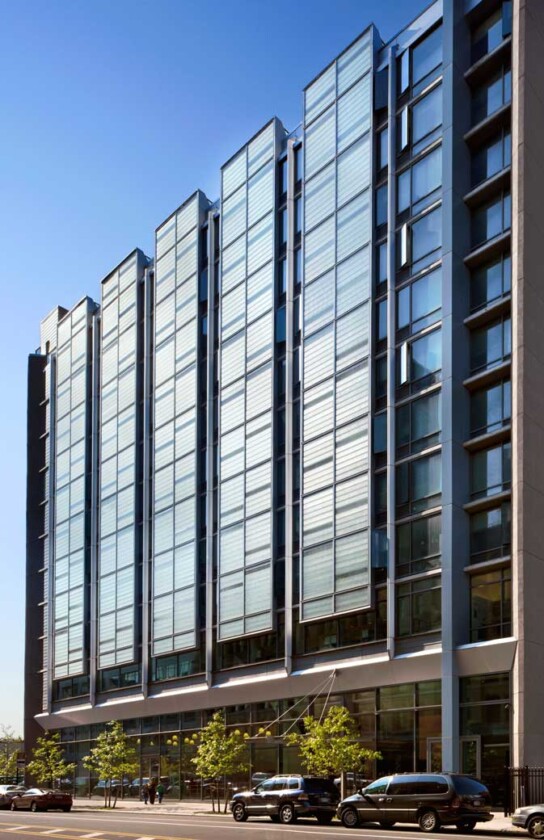 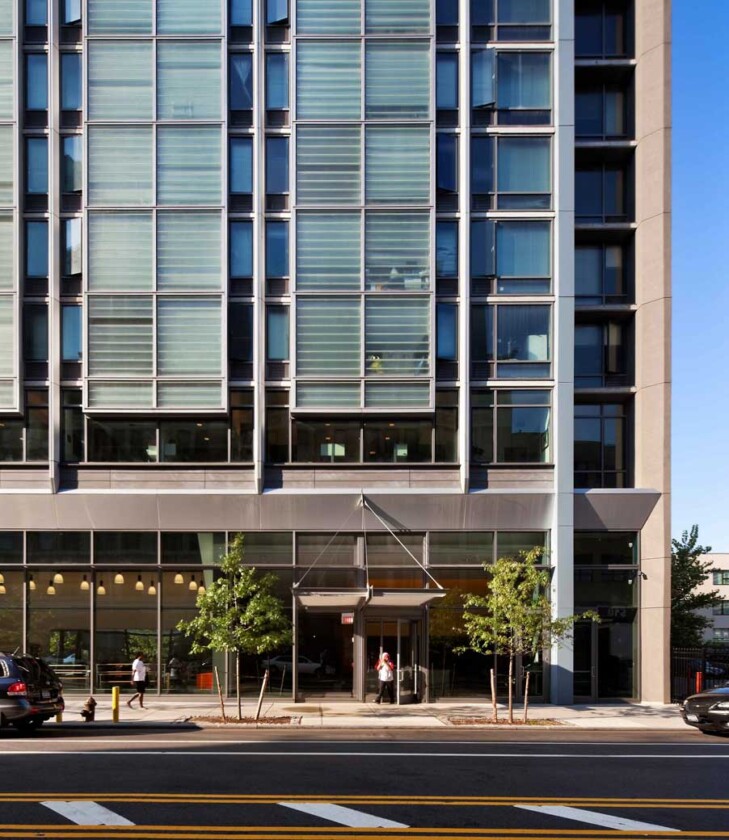 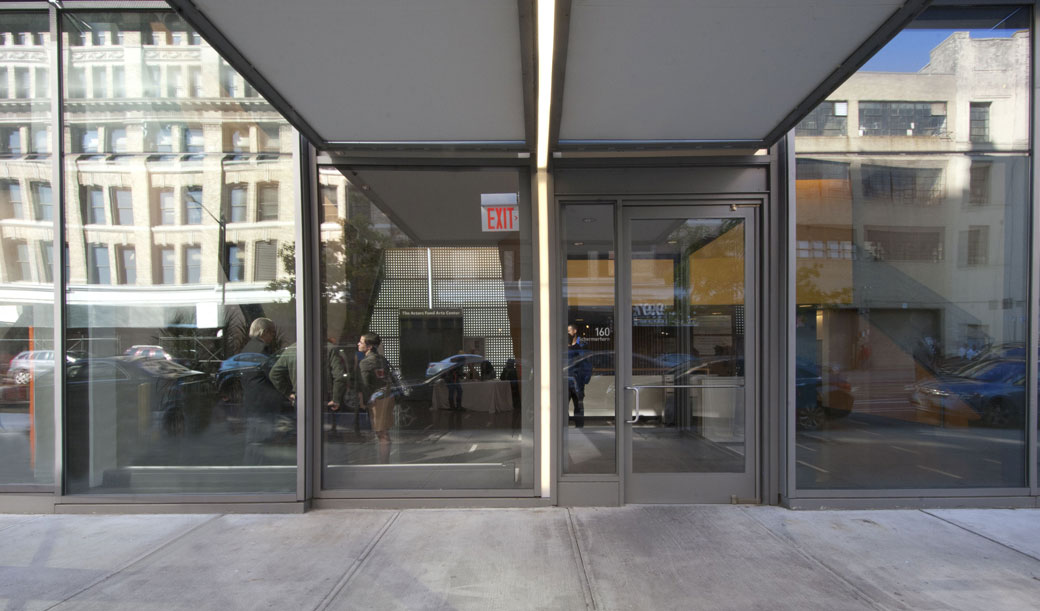 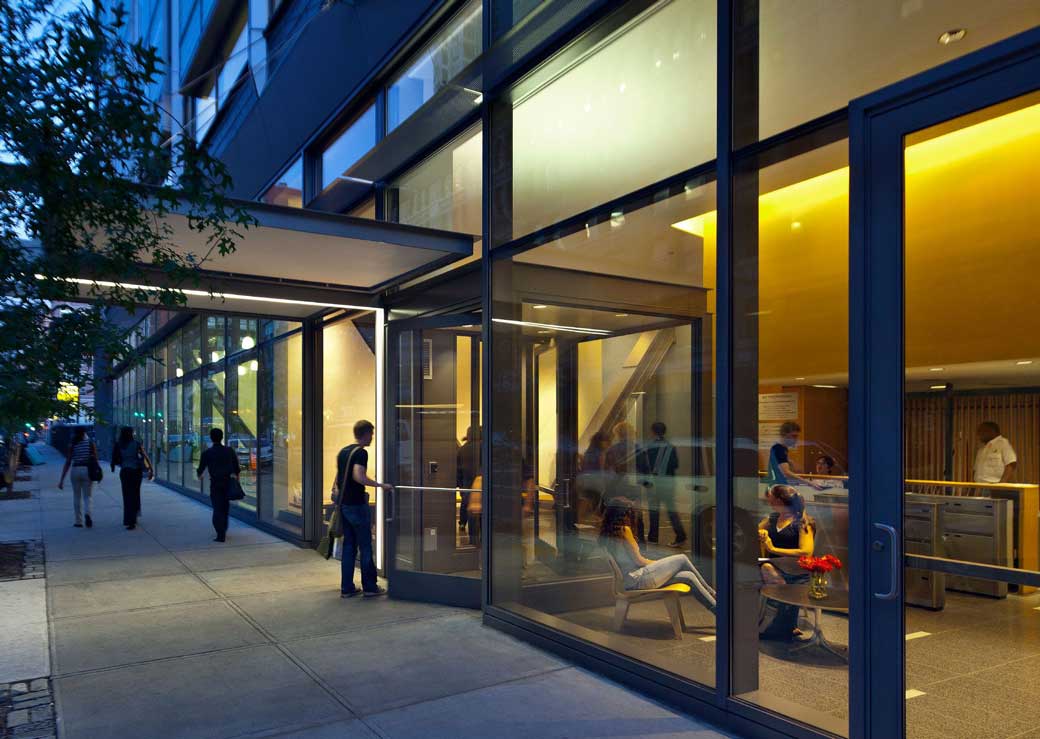 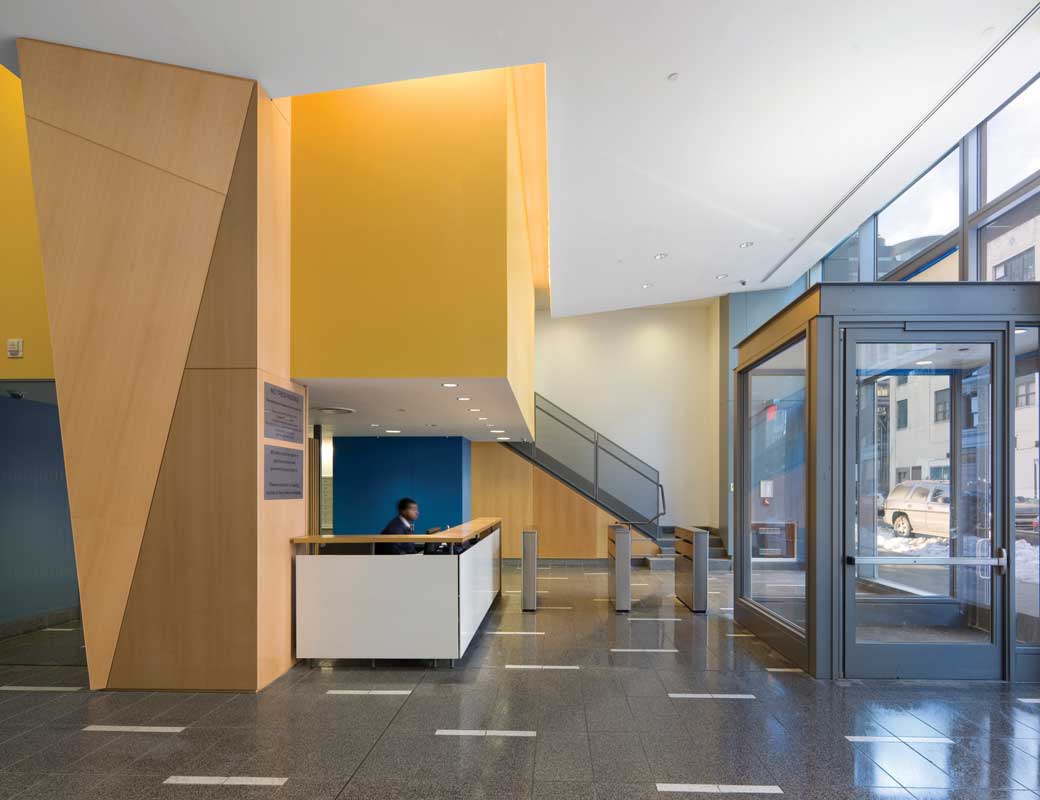 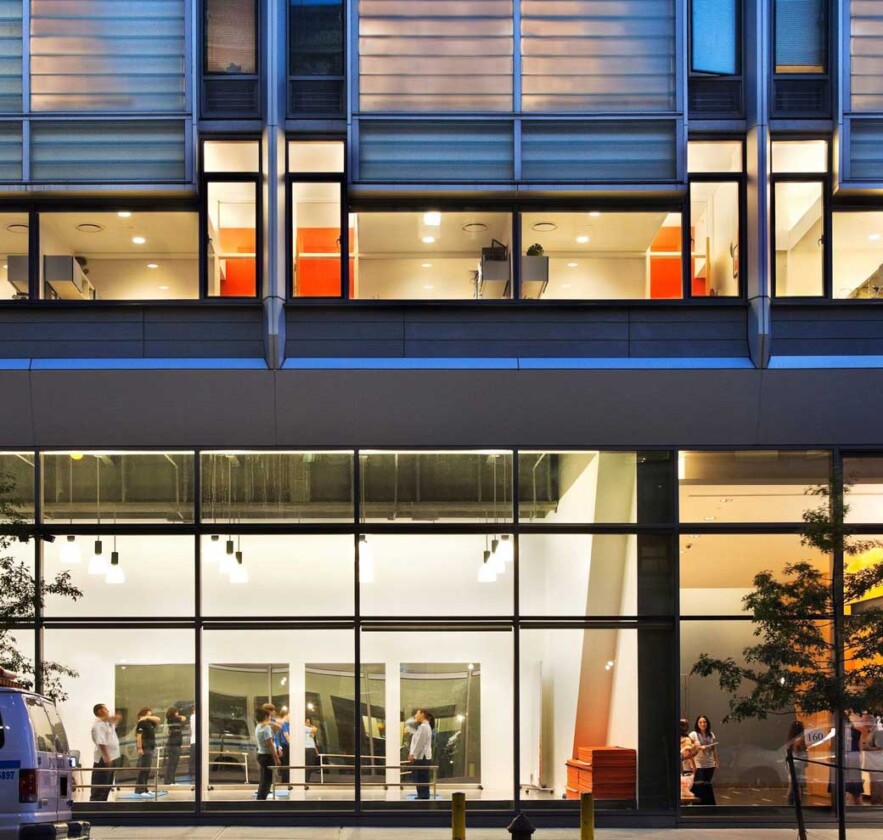 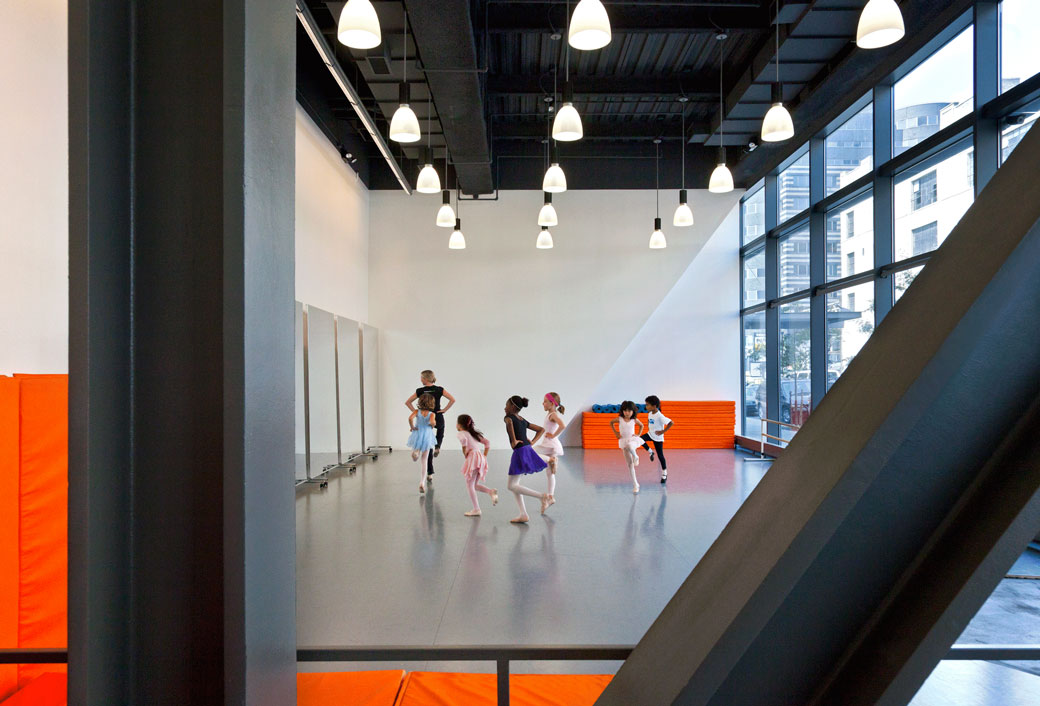 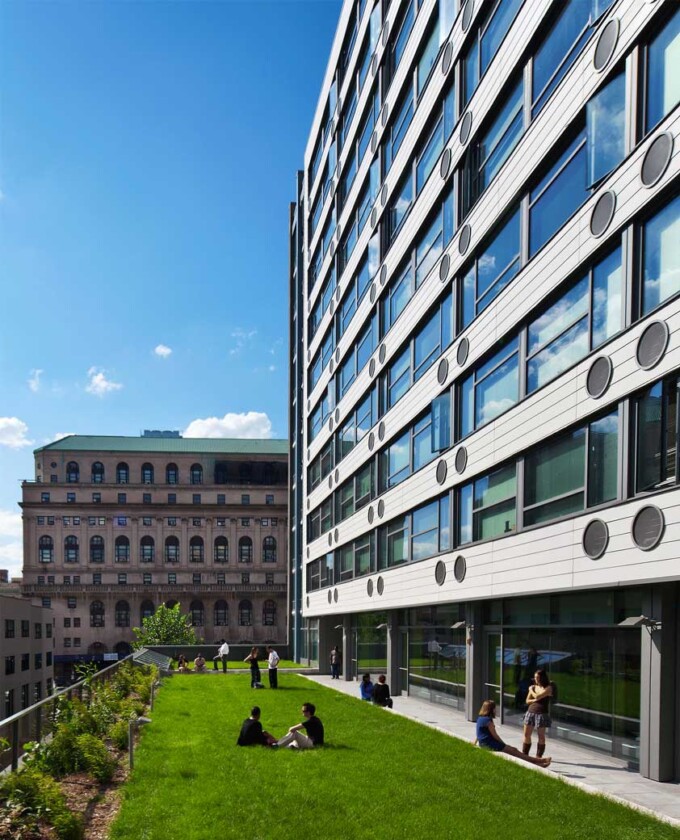 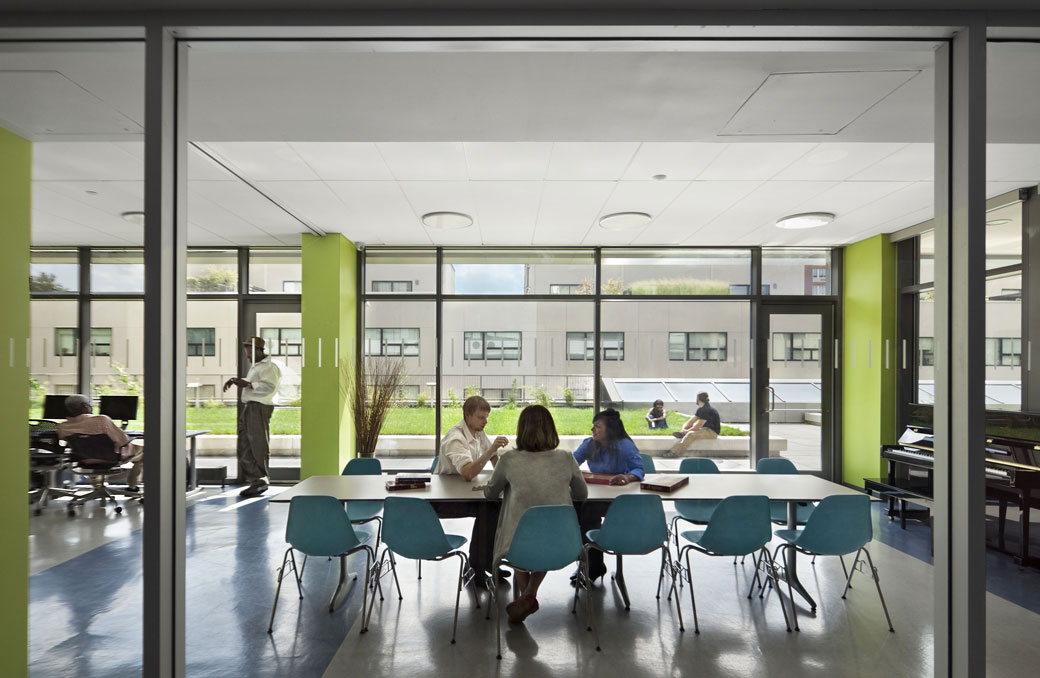 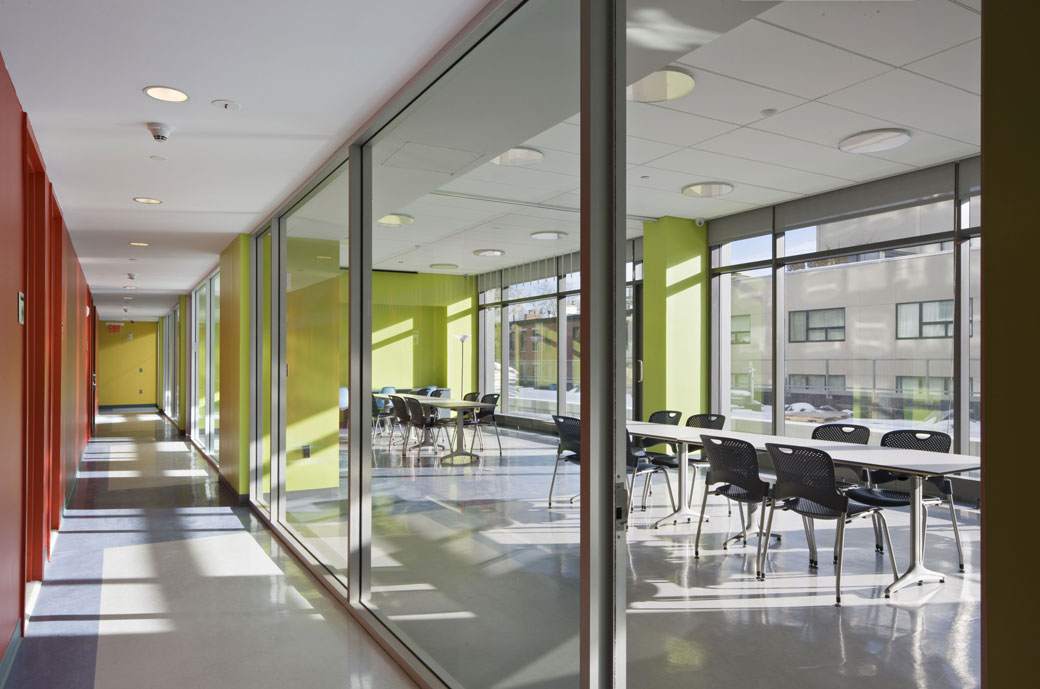 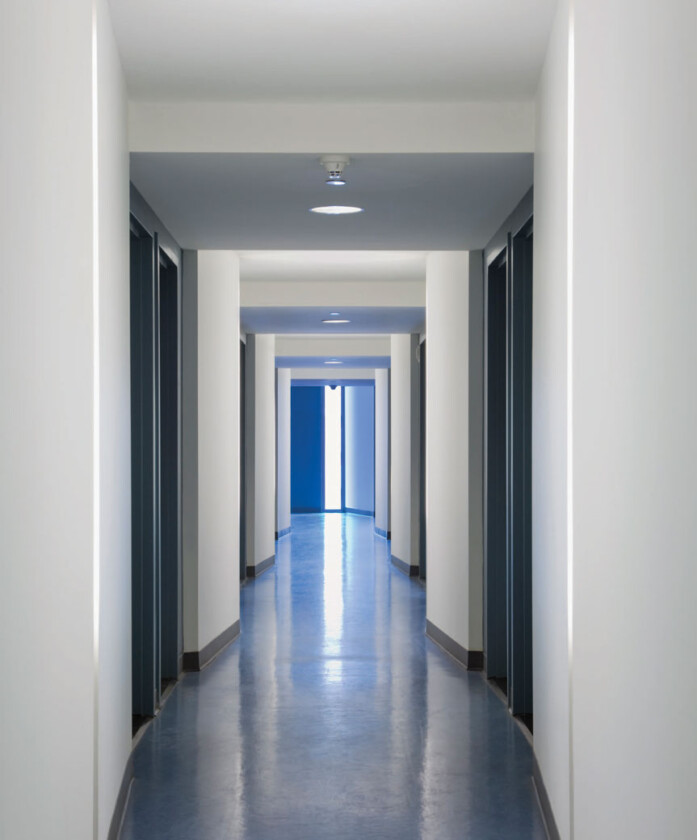 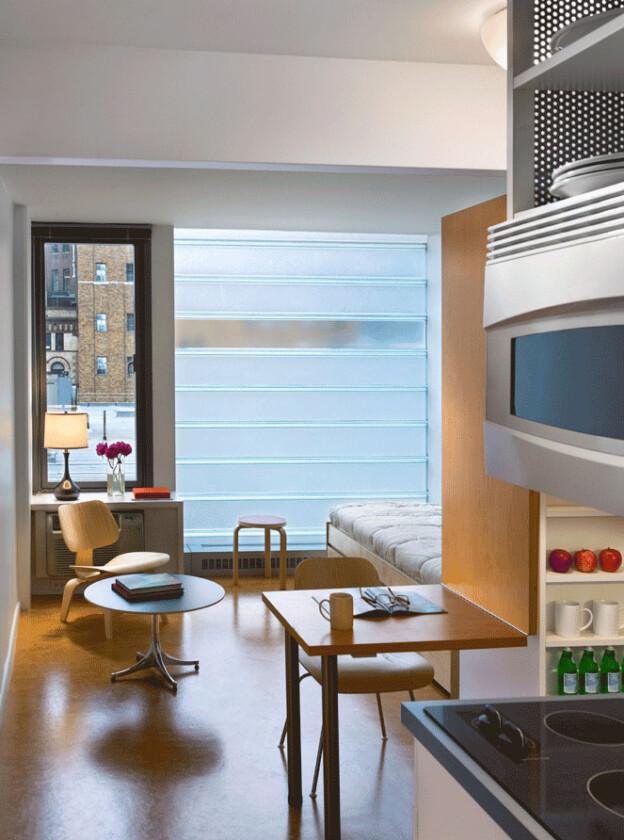 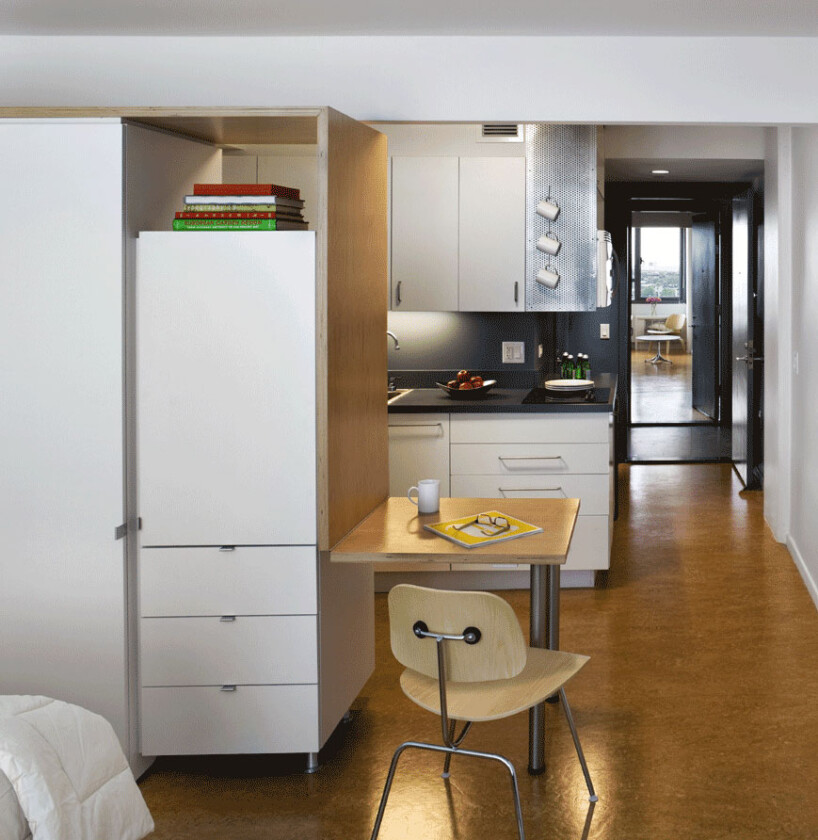 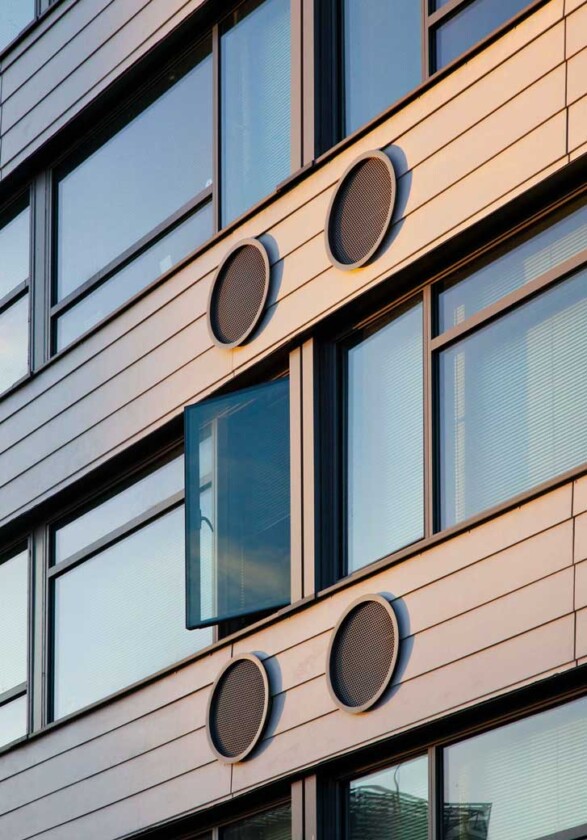 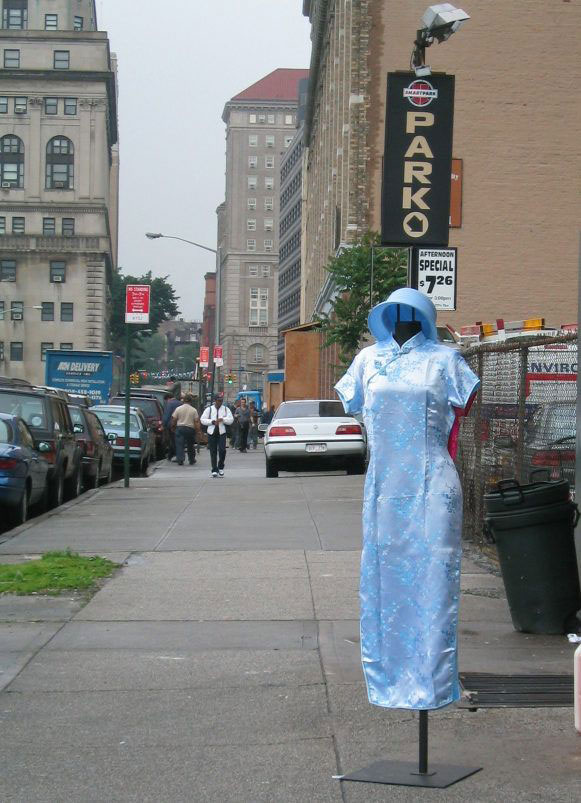 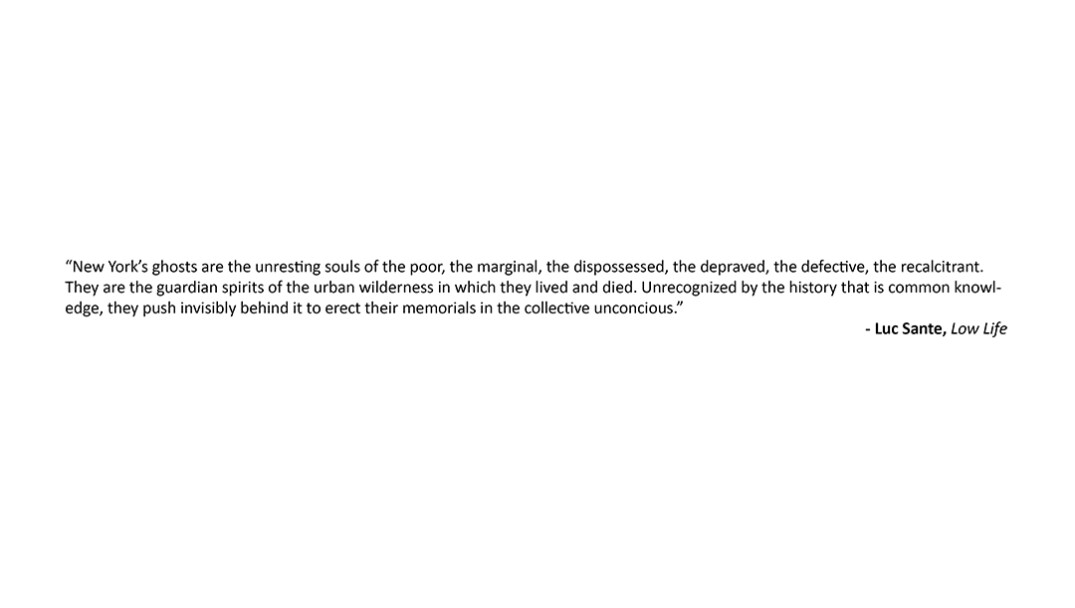 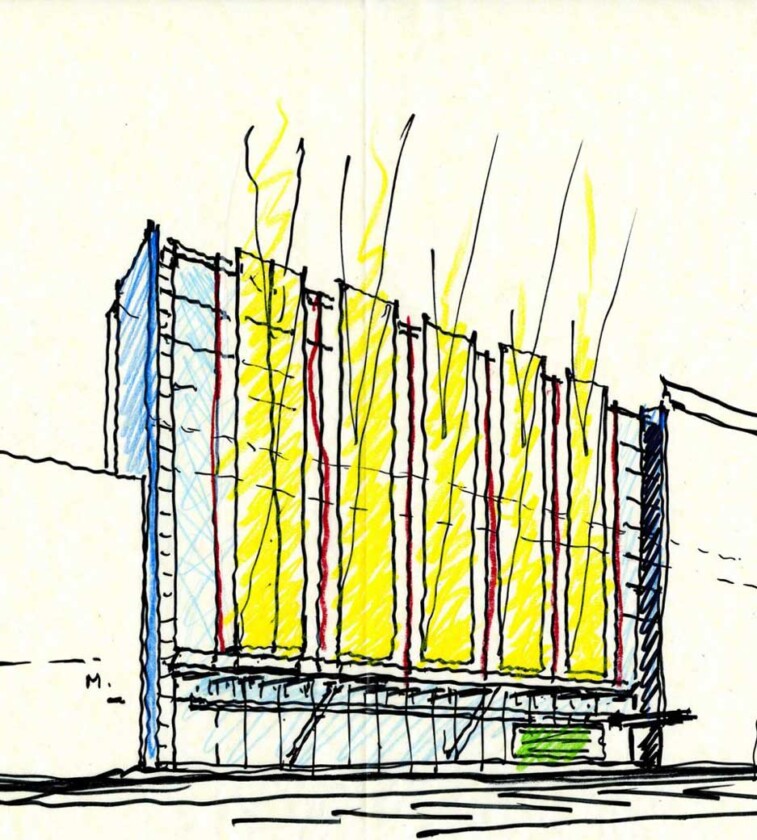 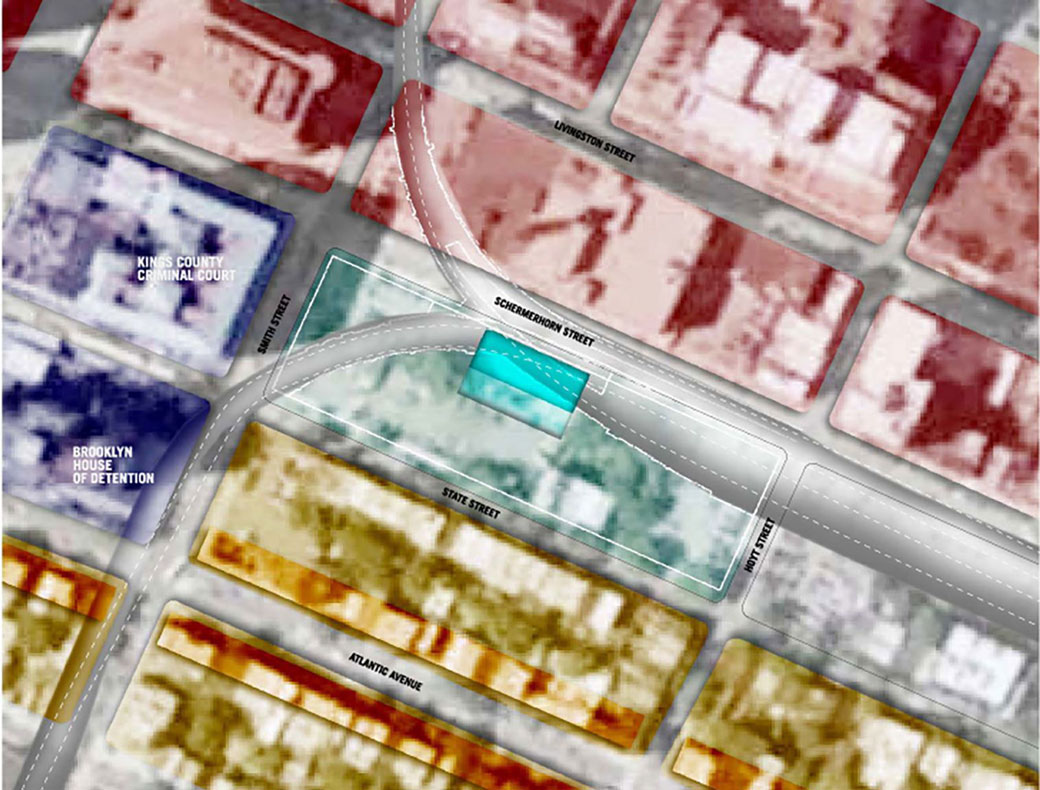 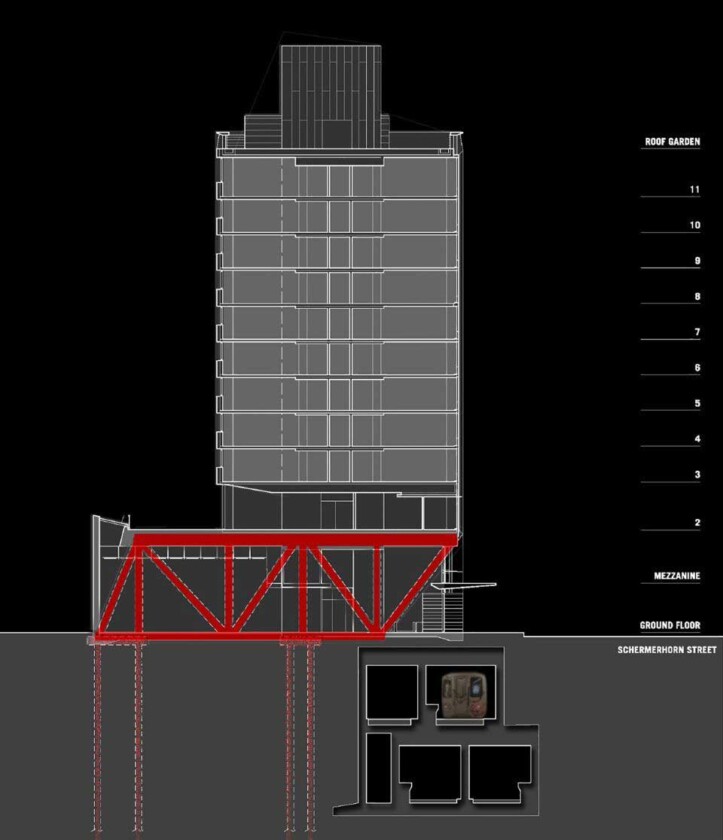 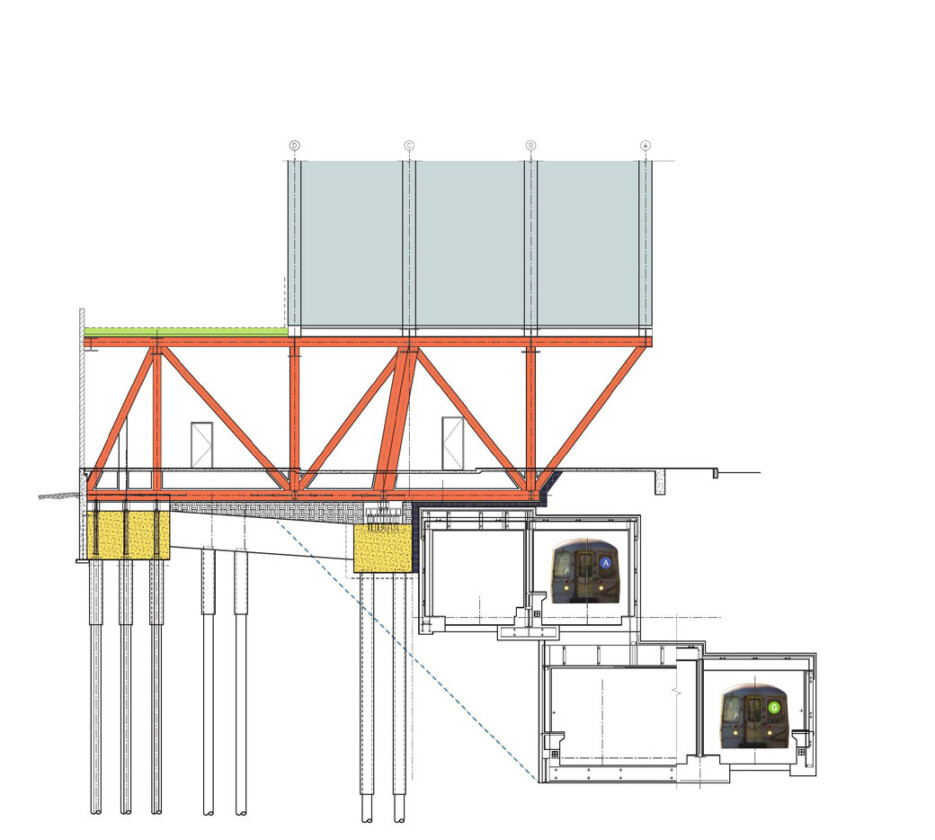 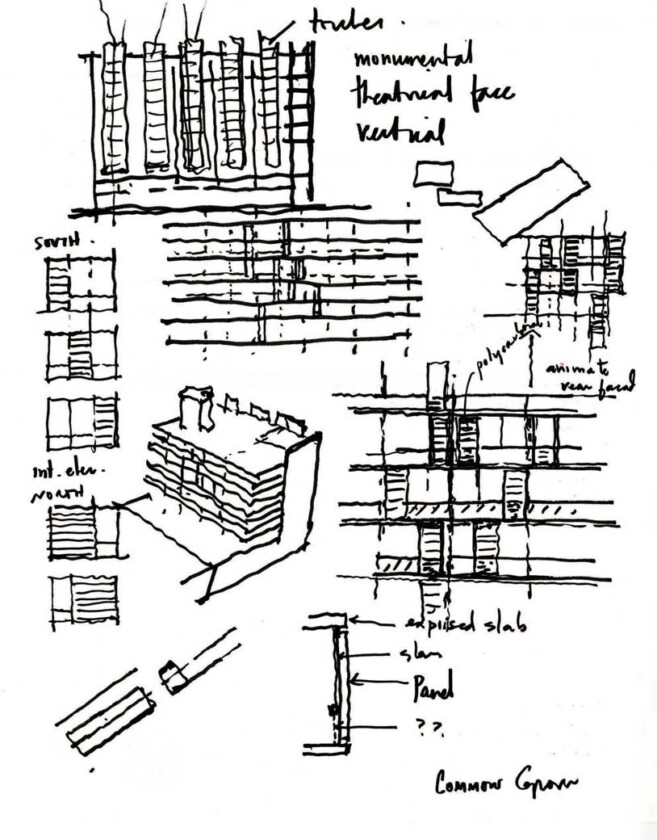 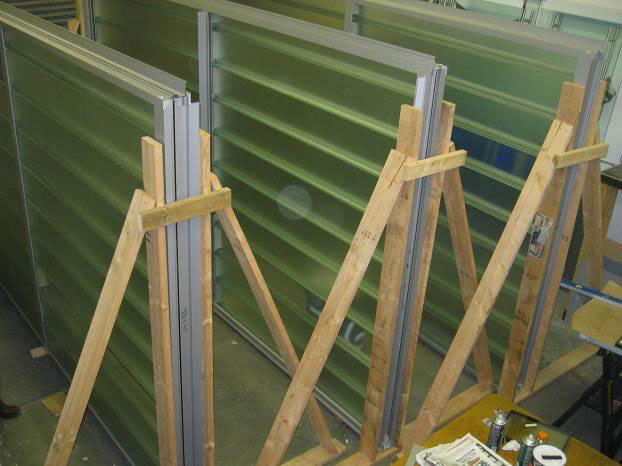 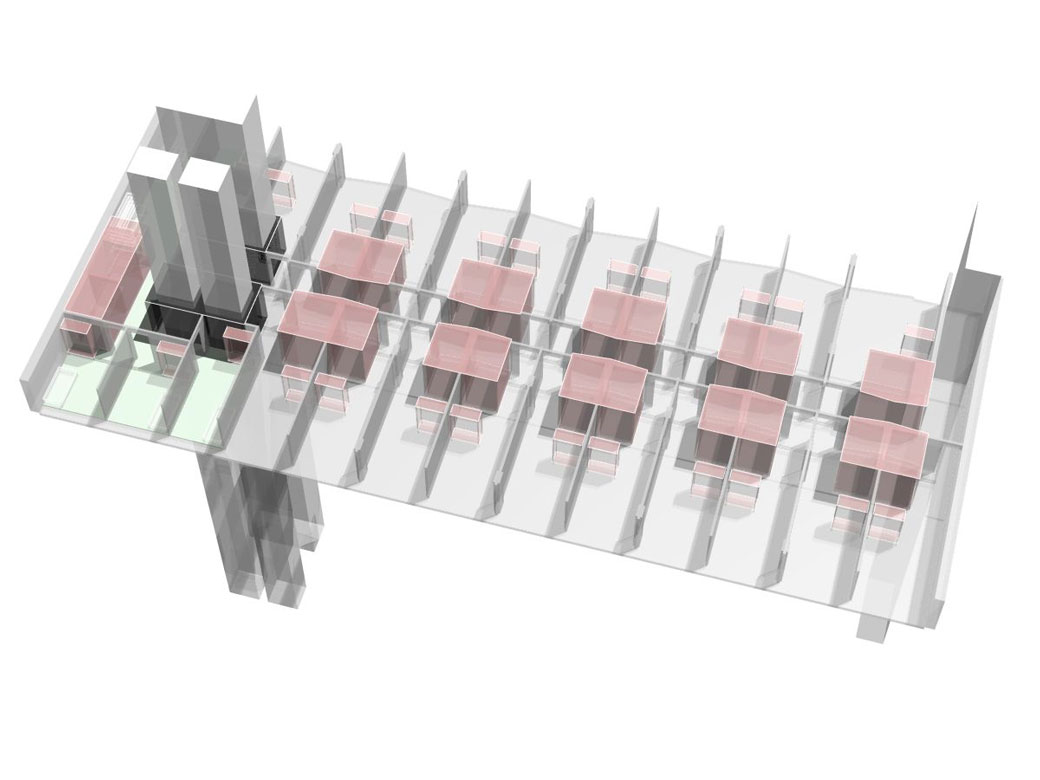 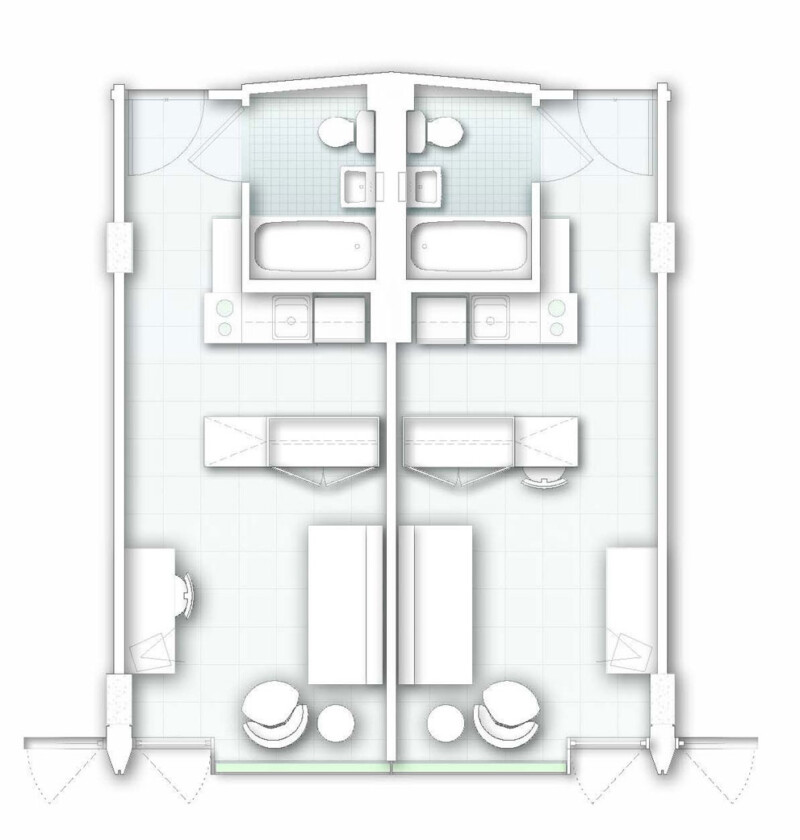 Schermerhorn House defines a new paradigm for supportive housing in New York City. Developed by Common Ground Community with co-sponsor The Actor’s Fund, the building provides “supportive housing” for single adults transitioning out of homelessness, persons living with HIV/AIDS, and low-income community residents. Comprised of 189 micro-units, the building creates a community environment that furthers Common Ground’s goal of building safe, affordable, attractive and sustainable housing. The site is positioned directly above subway tunnels, necessitating an innovative cantilever system that can be seen in the four steel tresses in the base of the building. To lighten the load on the tresses, the upper floors and façade were made using lighter materials than the traditional brick typically used in affordable housing complexes. A combination of glass and metal on the façade allows for a luminous, dignified, and visually prominent building overlooking downtown Brooklyn. Formally and spatially, the building experiments with modularity. Five translucent channel-glass tower elements reflect the spatial ordering of the interior. The building’s units consist of 180 identical studio apartments and 9 suites organized around a central hallway.