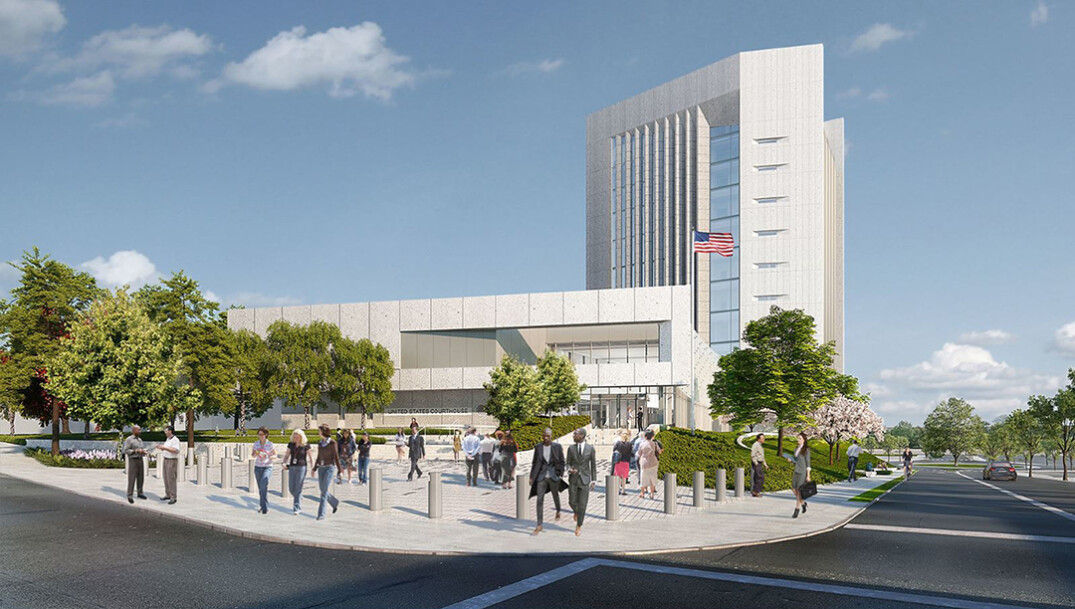 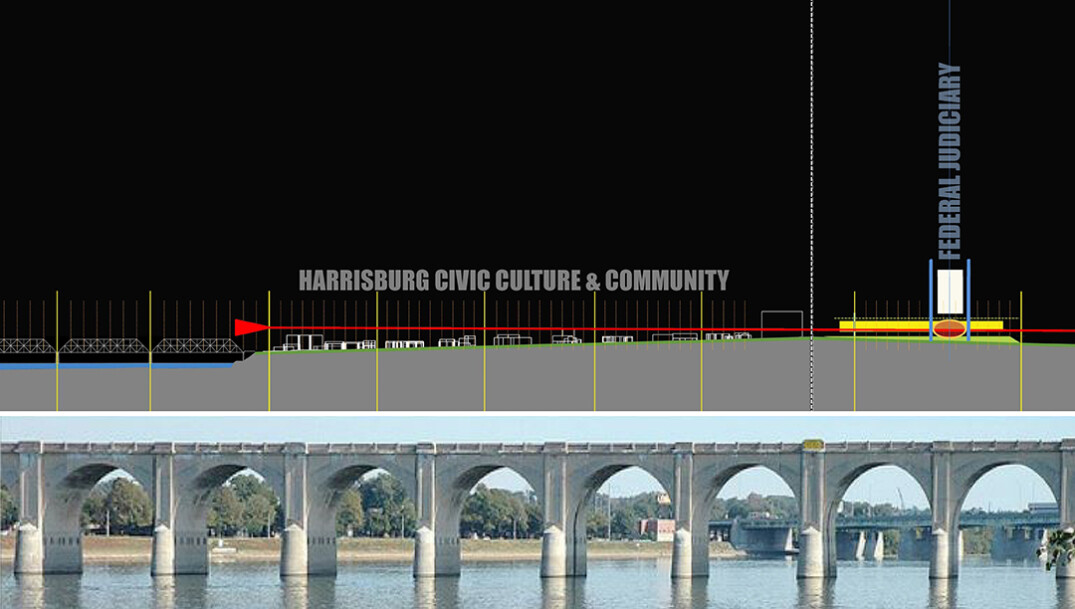 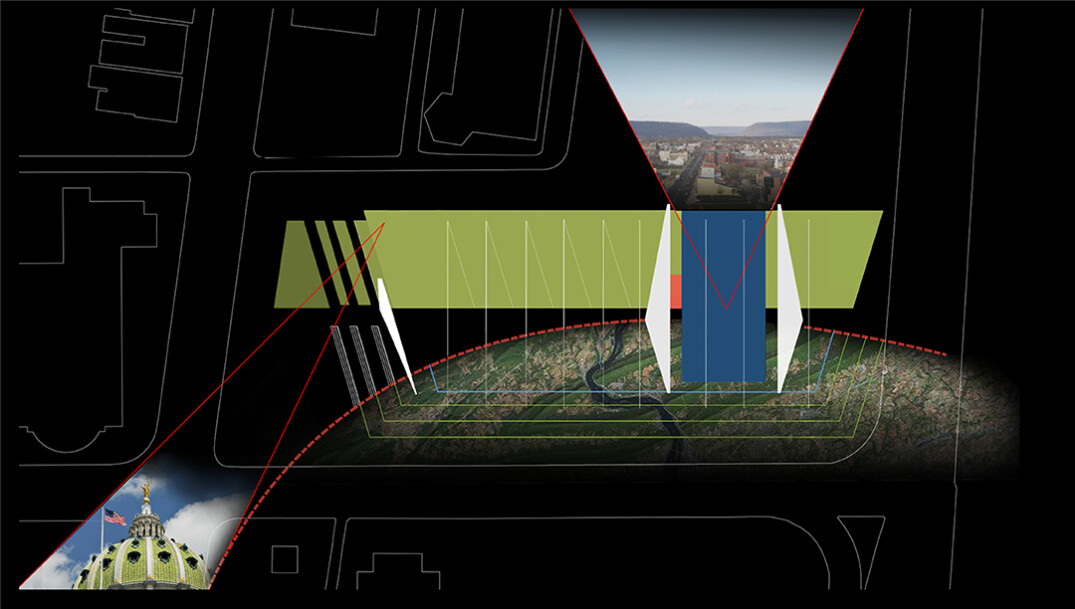 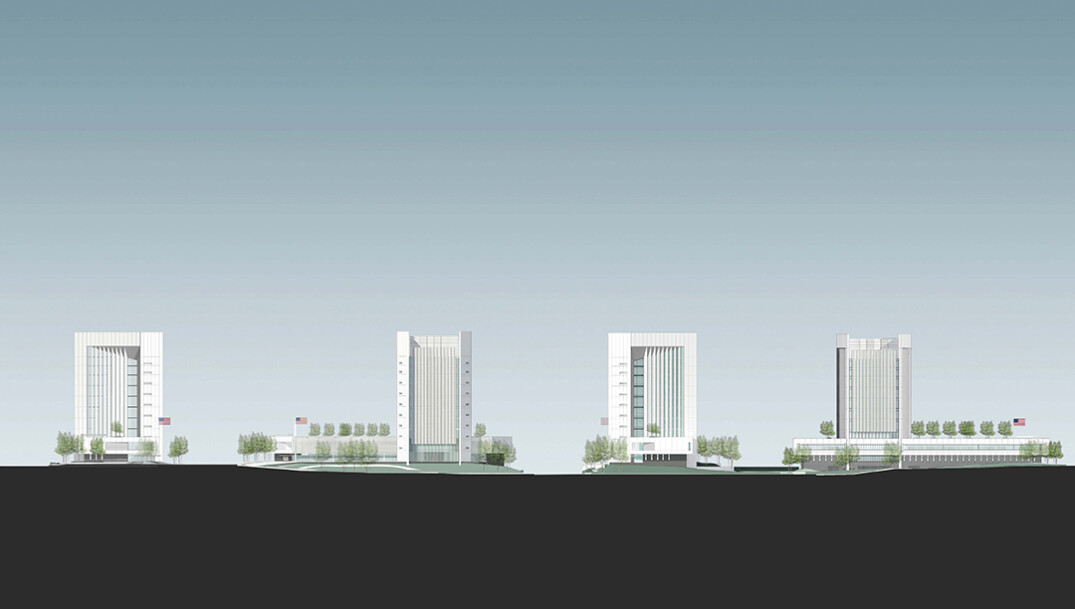 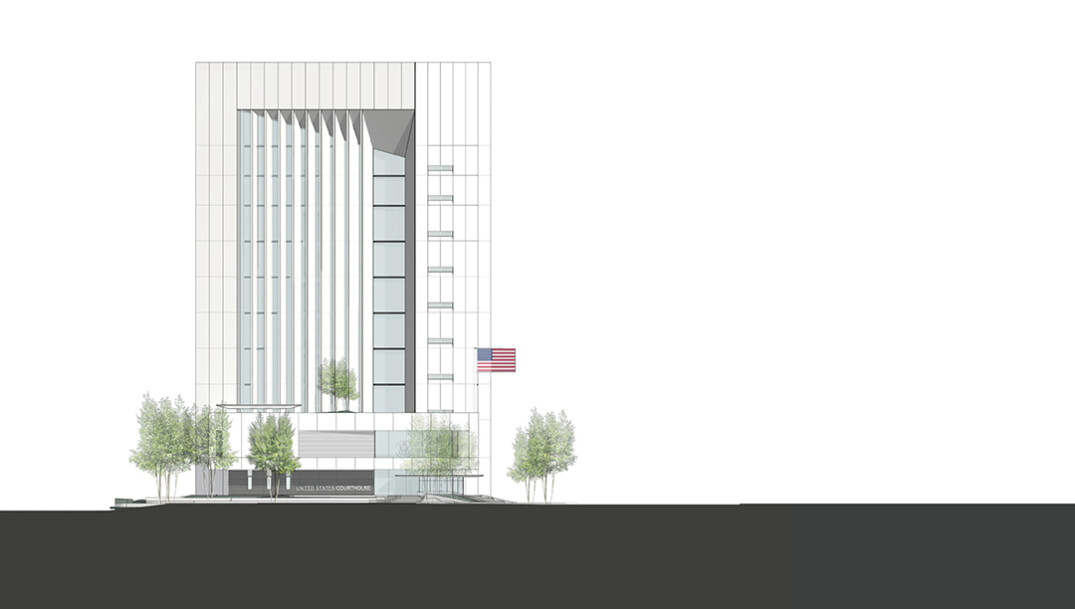 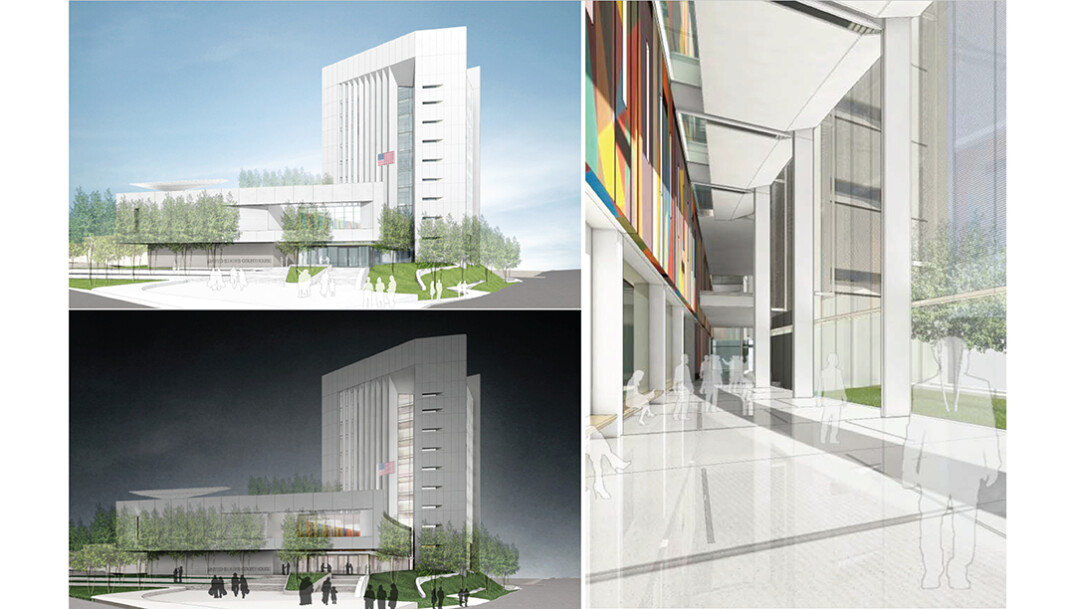 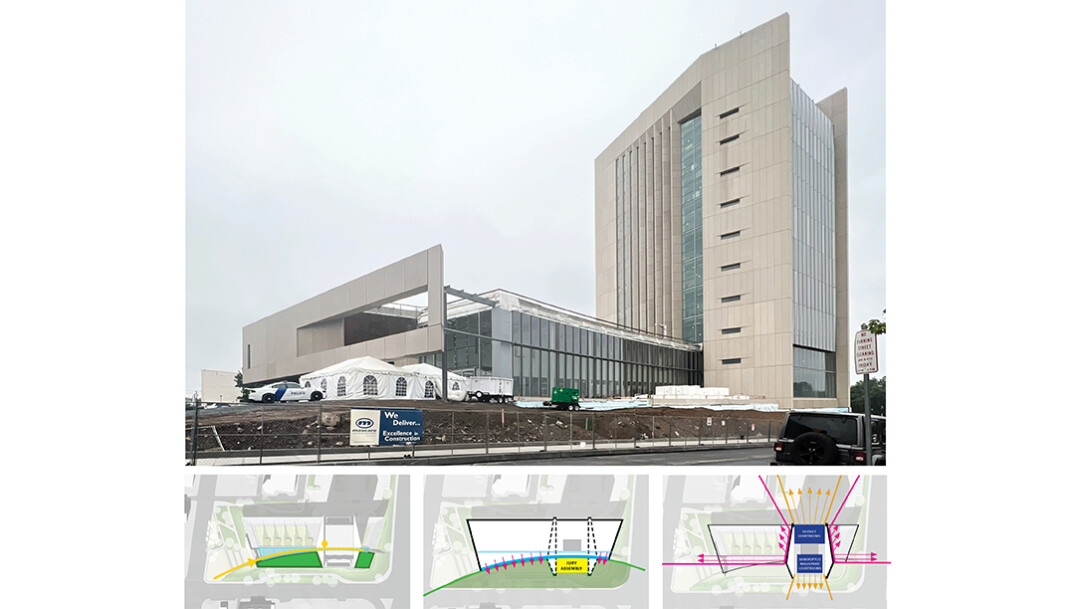 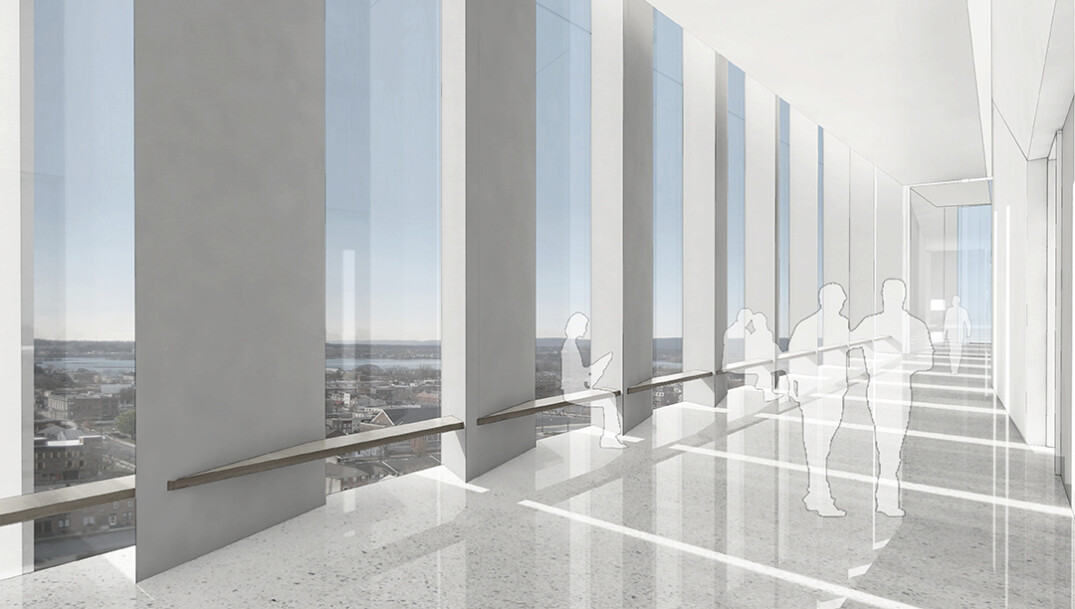 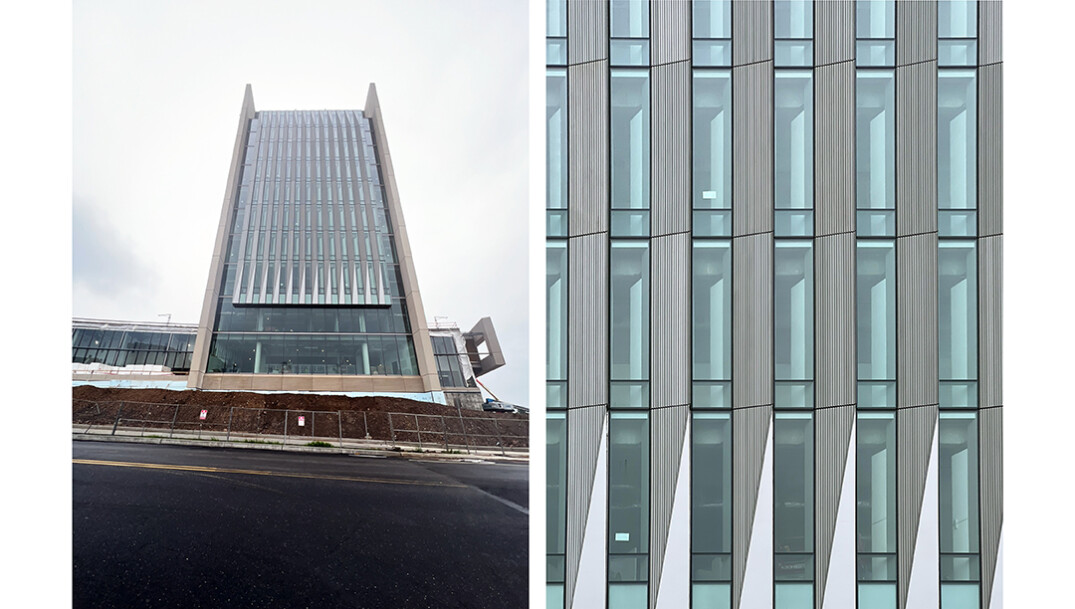 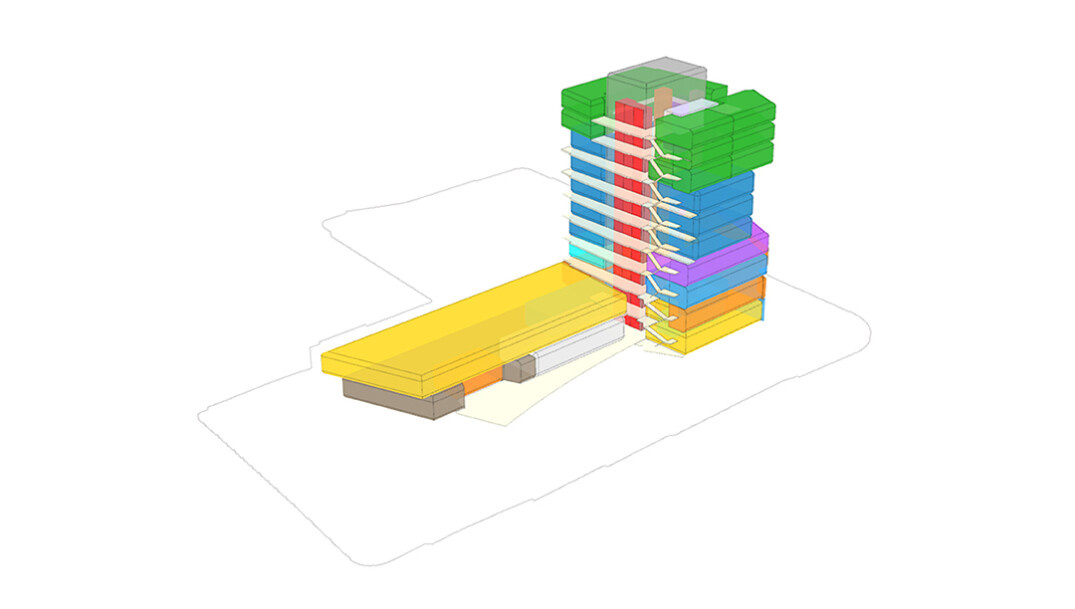 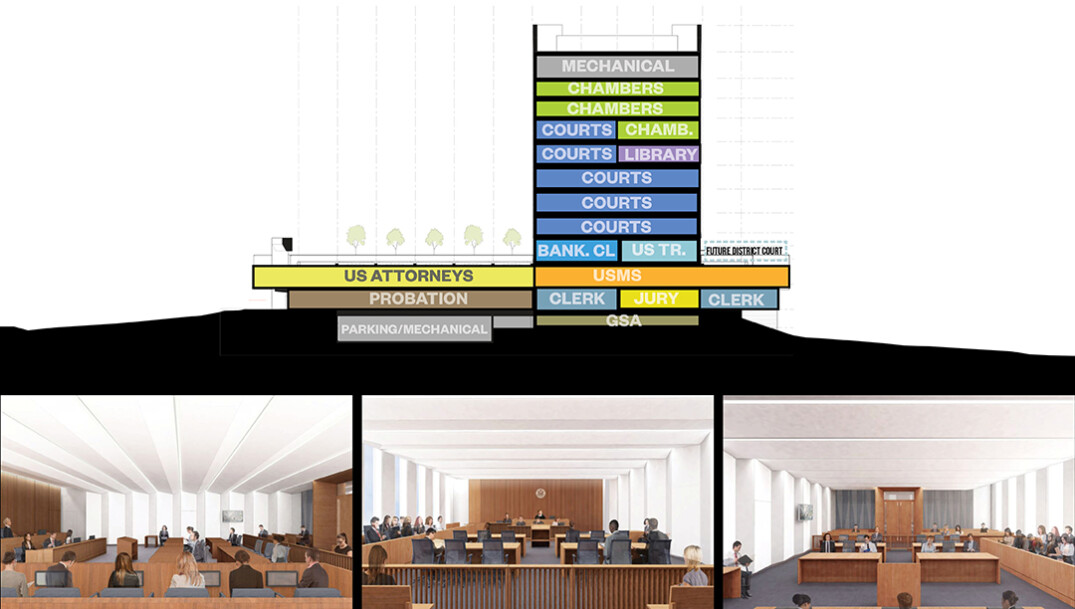 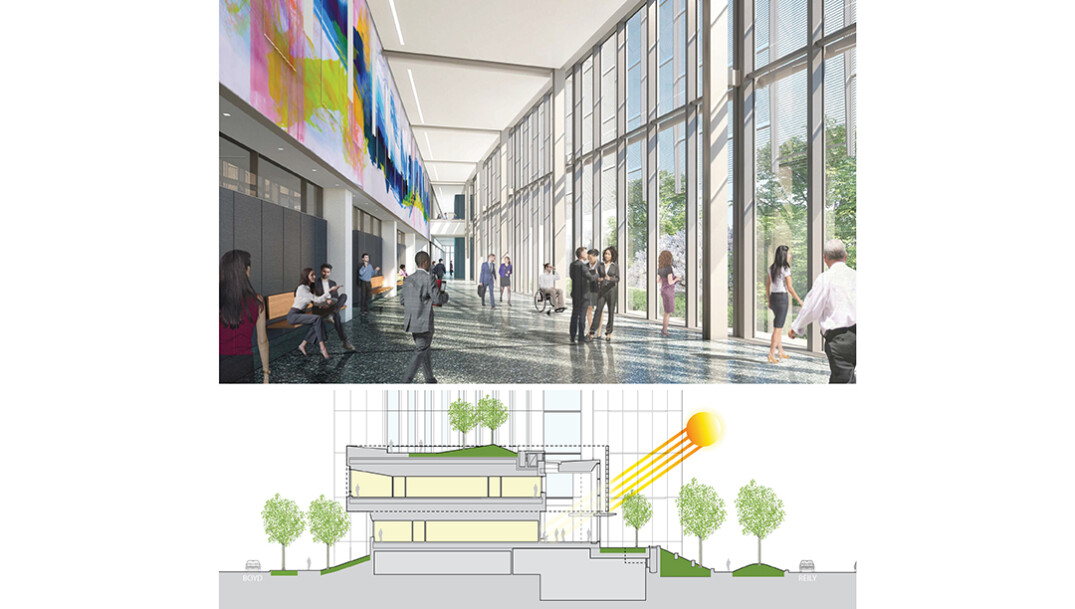 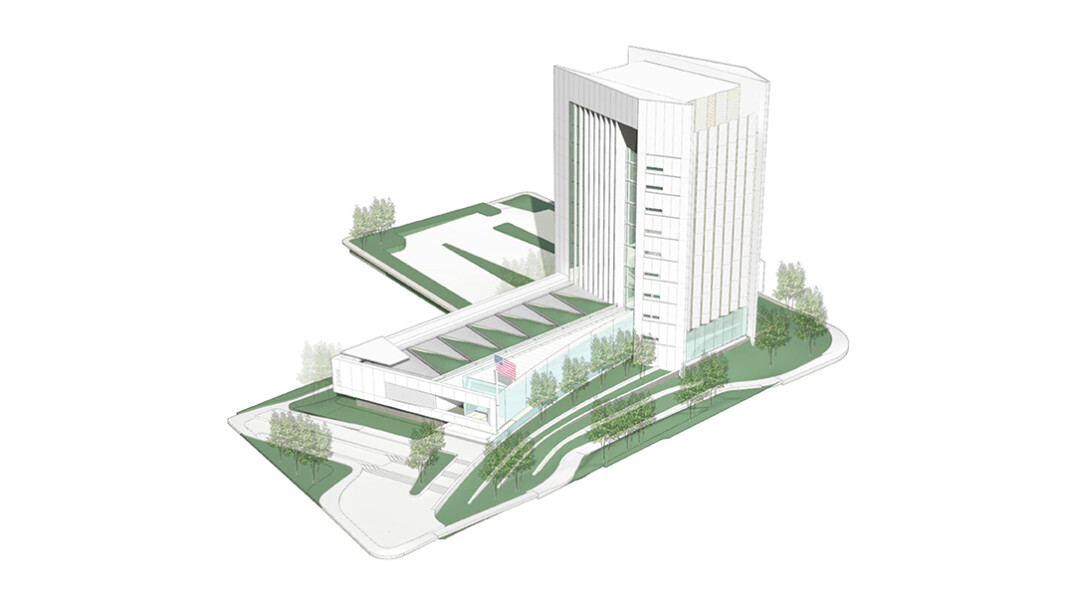 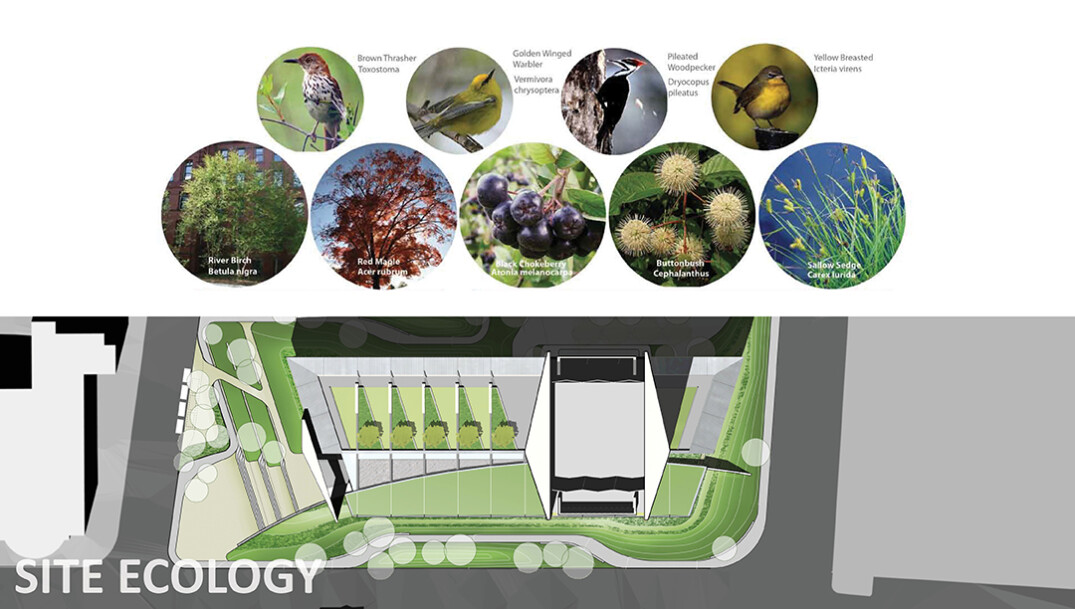 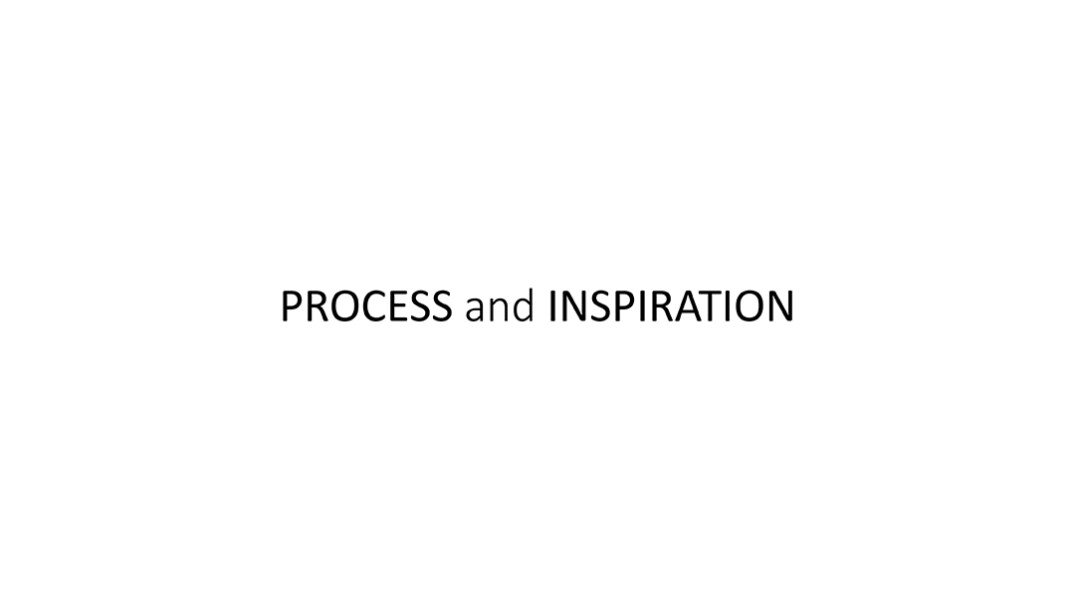 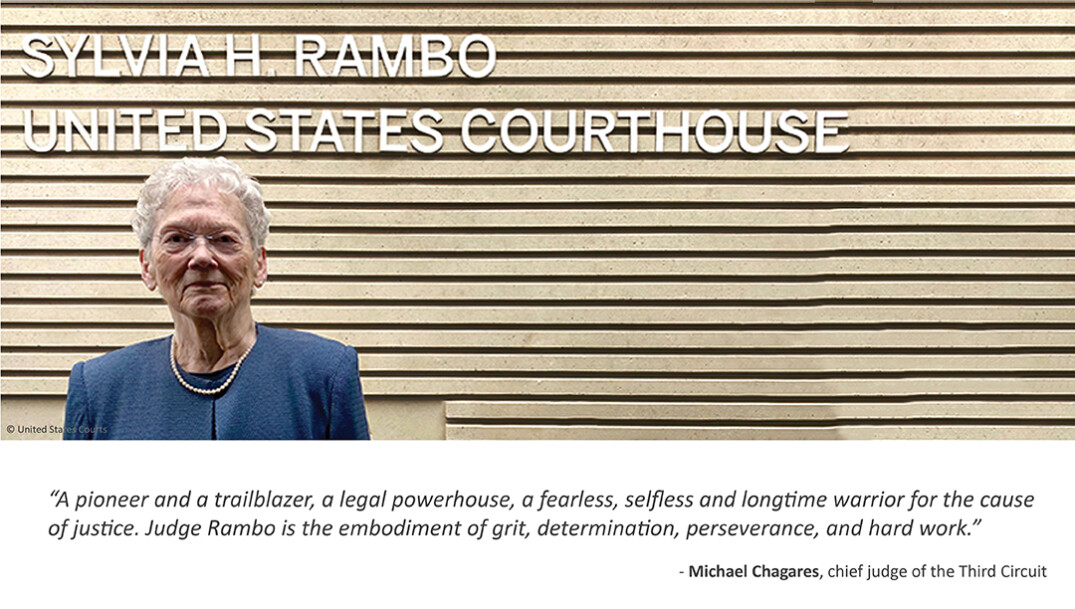 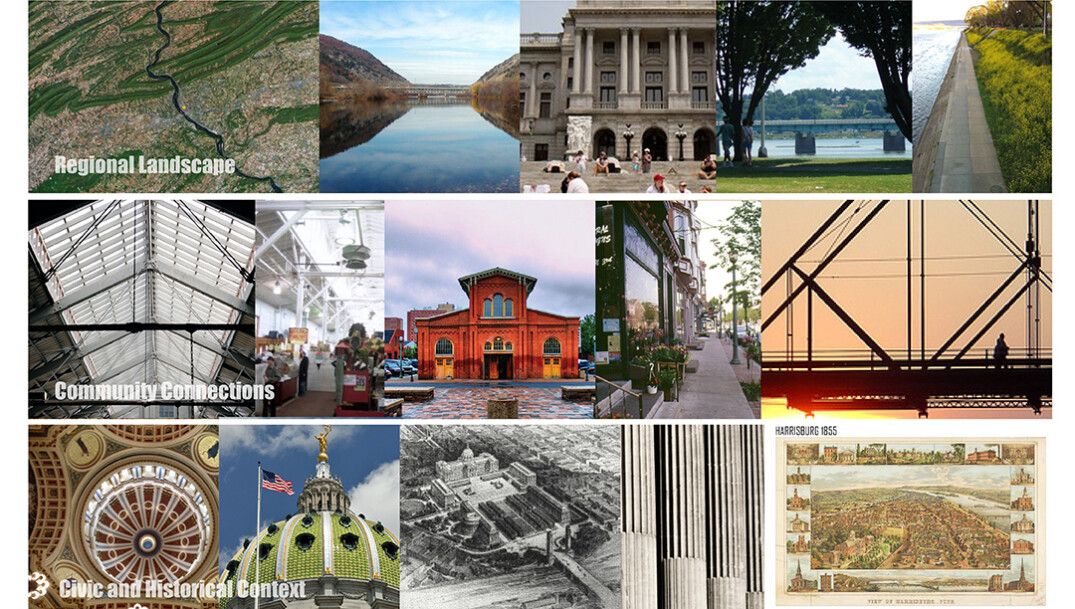 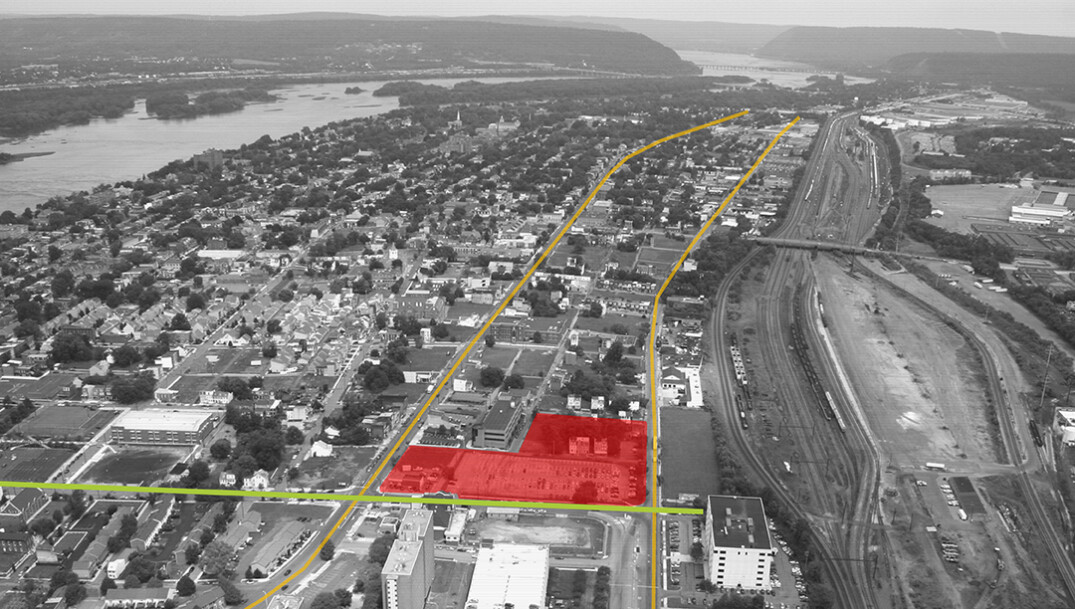 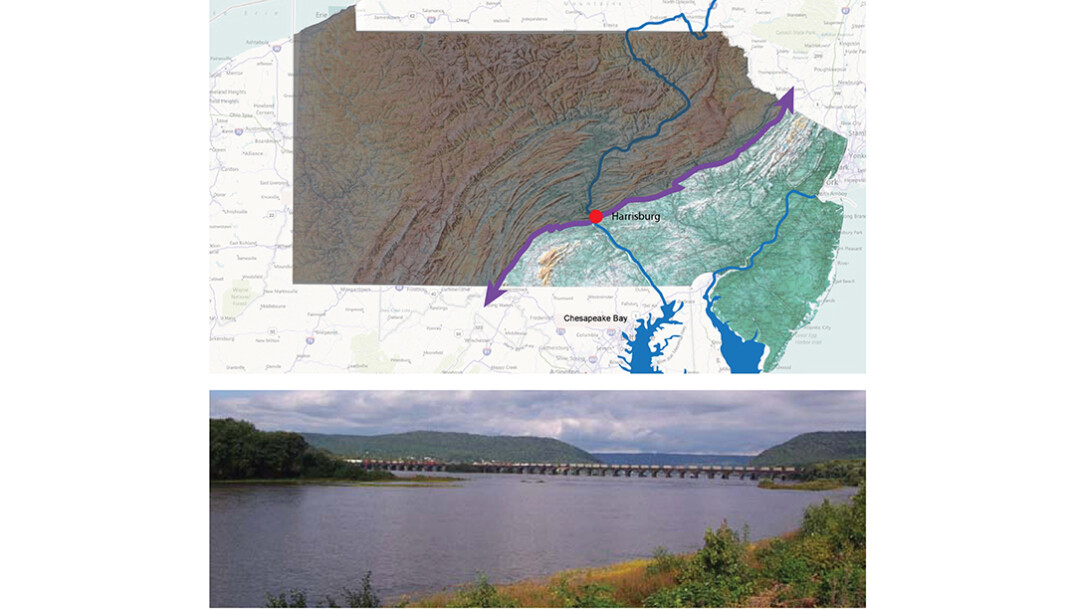 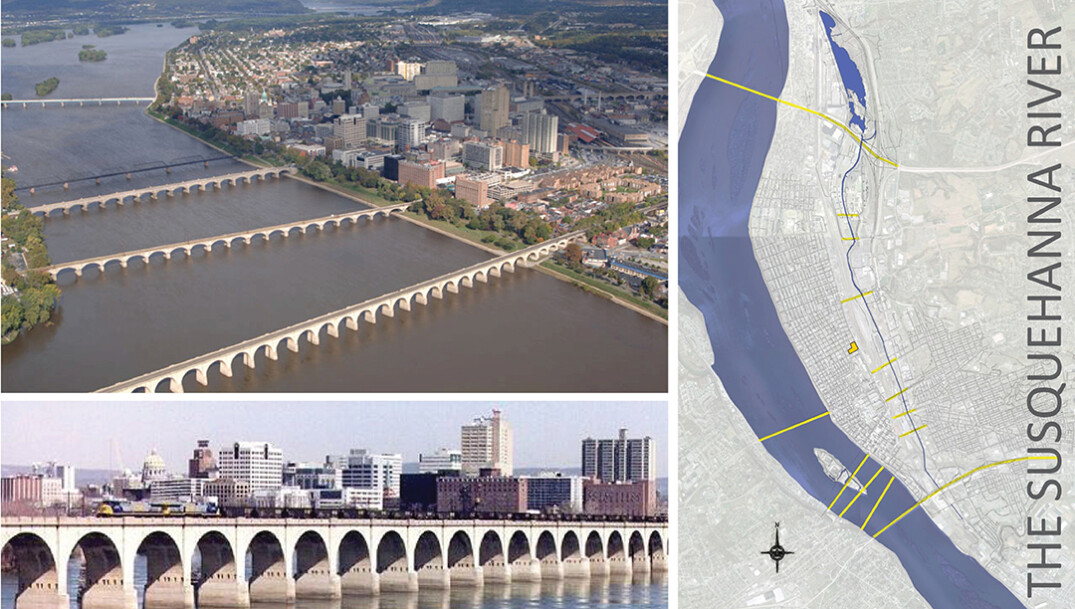 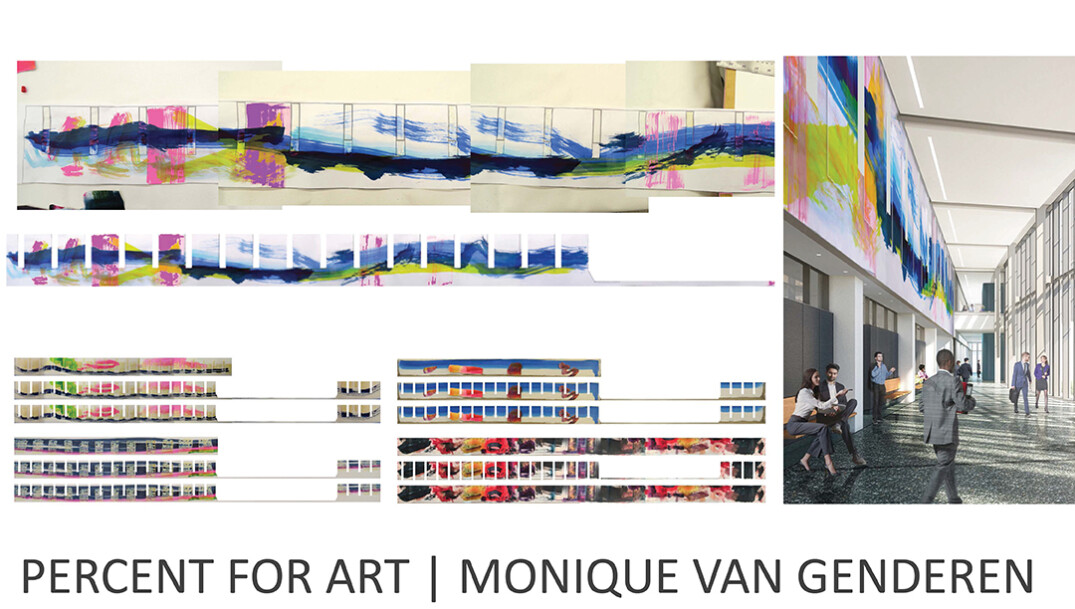 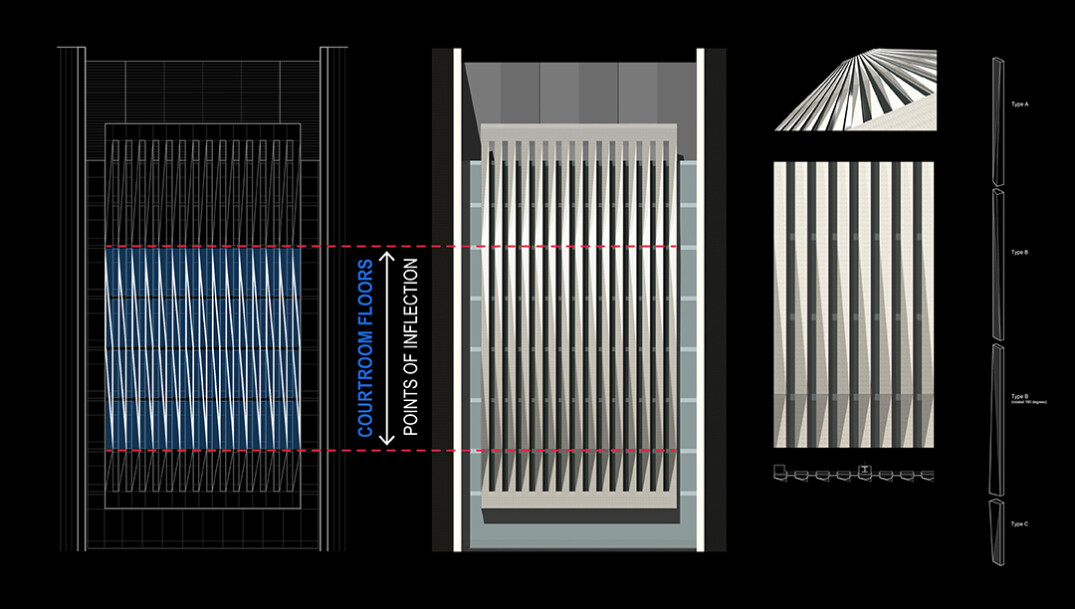 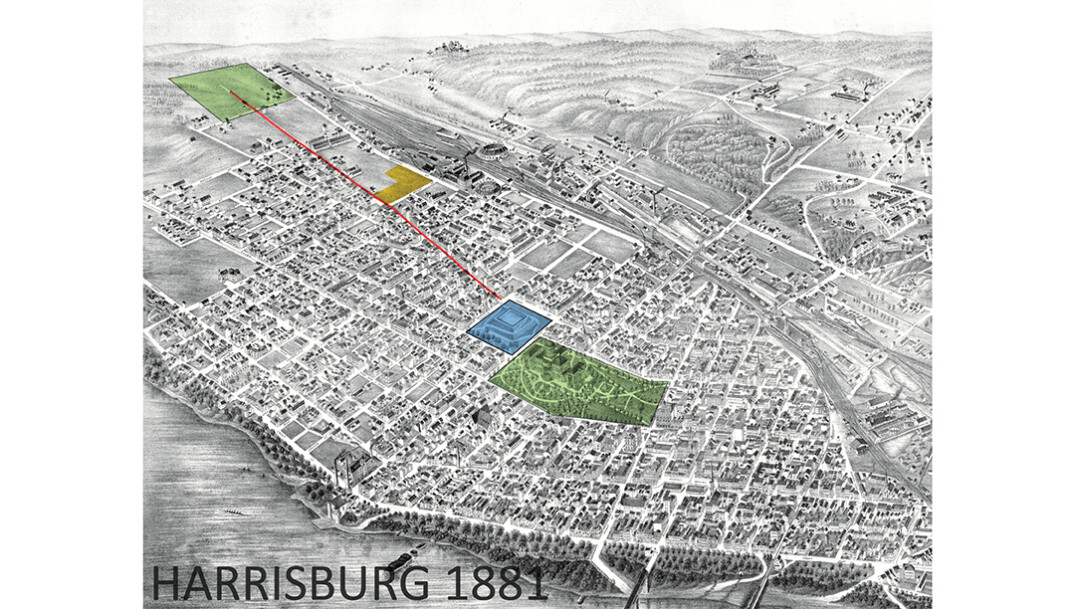 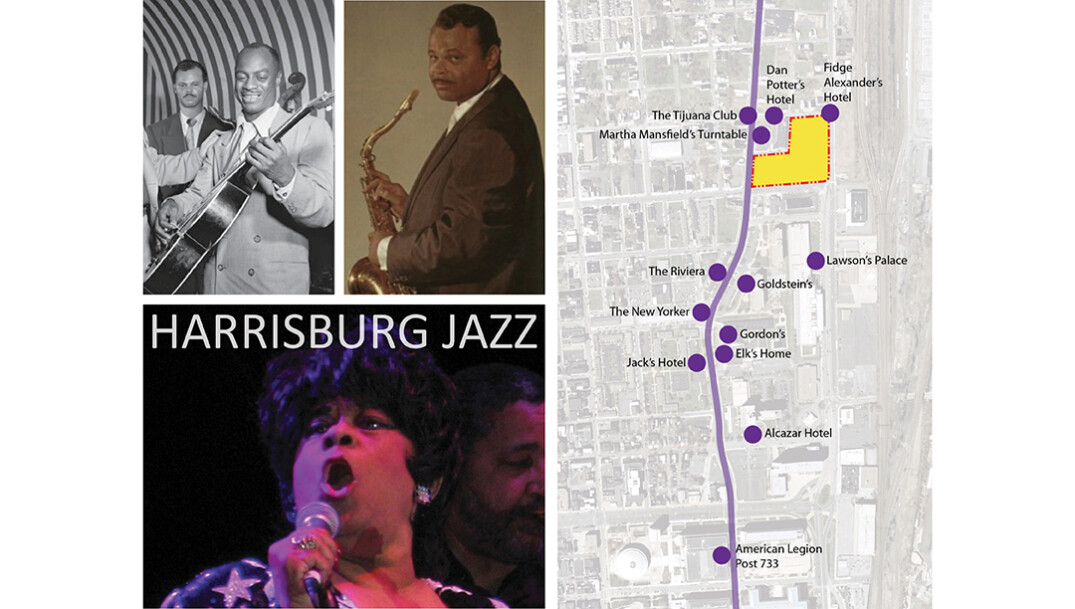 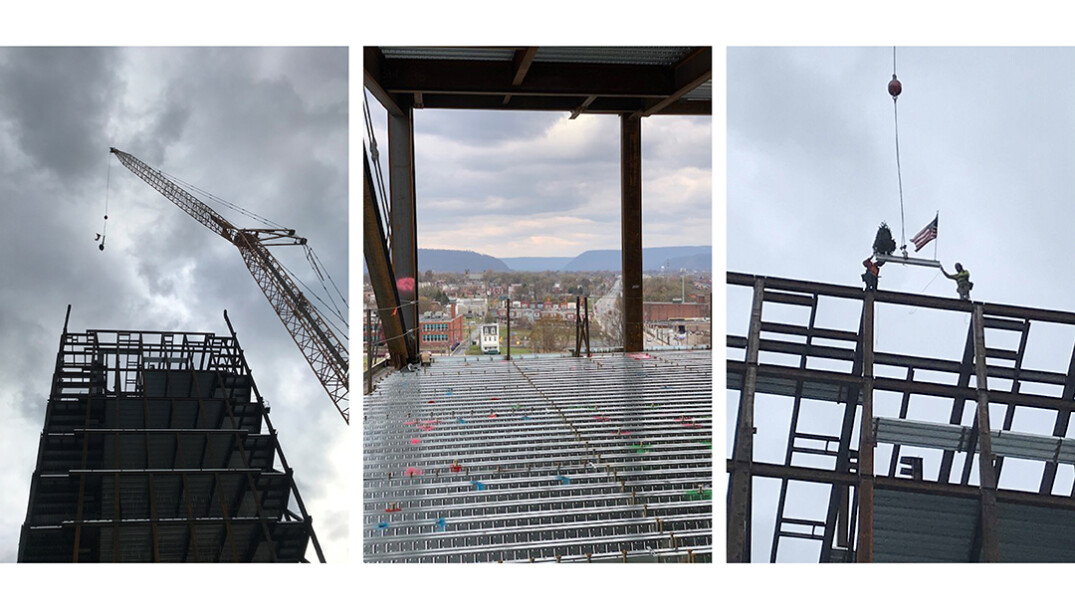 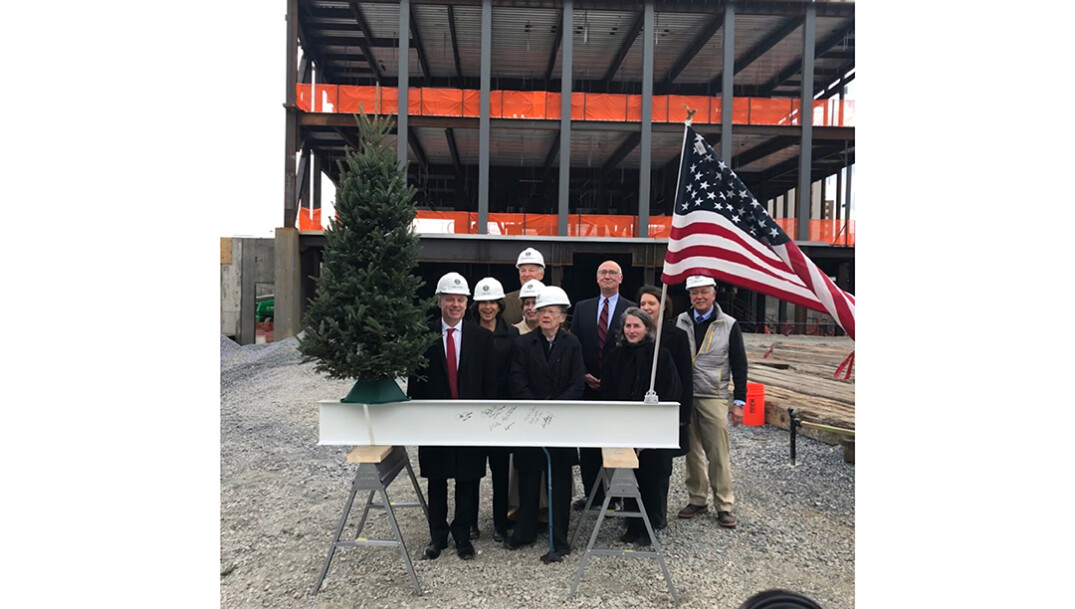 The design of the Sylvia H. Rambo Courthouse establishes a new identity for the Federal Judiciary’s middle district in the capitol city of Harrisburg Pennsylvania.  Located on the geographic ridgeline between the Susquehanna River and Paxton Creek, the new Courthouse is inspired by Harrisburg’s civic history and regional landscape.  The building’s design seeks to establish the new United States Federal Courthouse as a northern gateway to the city and contemporary civic landmark. The courthouse massing, a legible intersection of the building’s primary program elements, juxtaposes the rhythm and horizontality of the podium and public spaces with the distinct shape of the tower housing the 8 courtrooms (5 district, 2 magistrate and 1 bankruptcy) along with judicial chambers.  The façade’s geometry responds to solar conditions and program, while engaging with the surrounding regional landscape to capture views of the Capitol Complex and natural landscape formations, including the Blue Mountain water gap and the Susquehanna River. The courthouse will be enveloped by a new landscape along with an accessible green roof terrace above the podium level. The ecology of this new landscape will reintroduce a local habitat to the Midtown district. The overall design of the building embodies the vital intersection between the Federal judiciary and the community it serves. The building and its surrounding landscape will become a civic icon and public space that serves as a catalyst for further revitalization of the area while promoting stronger visual and physical links to the Capitol Complex and the rest of Harrisburg.