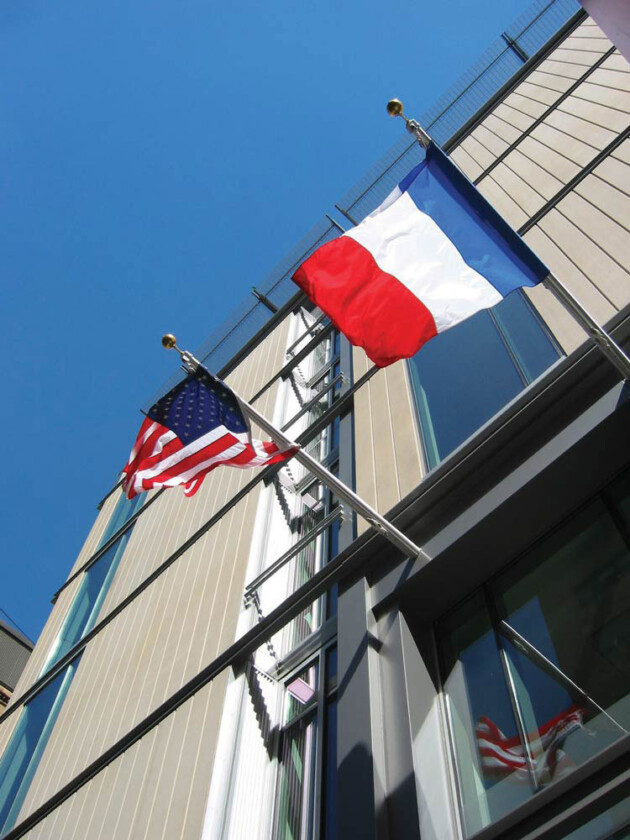 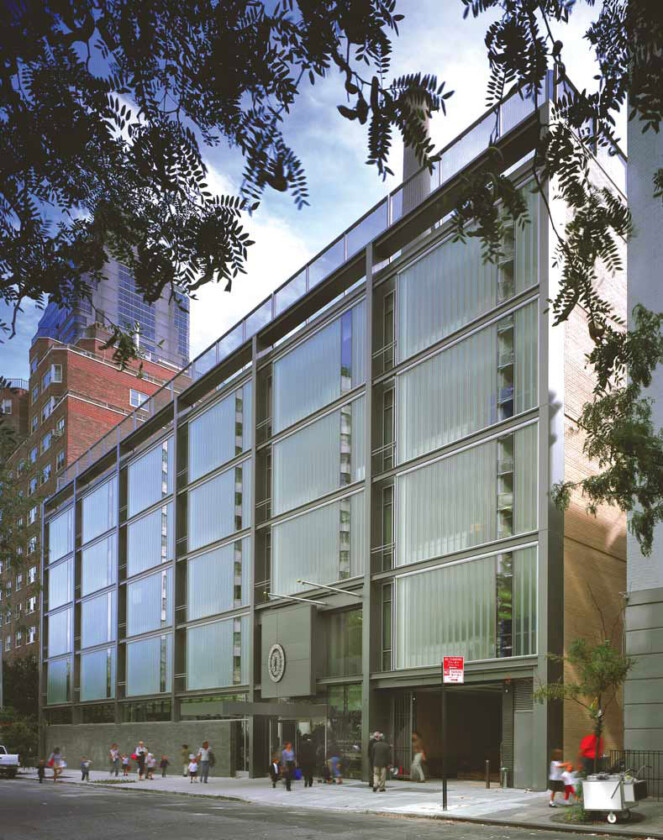 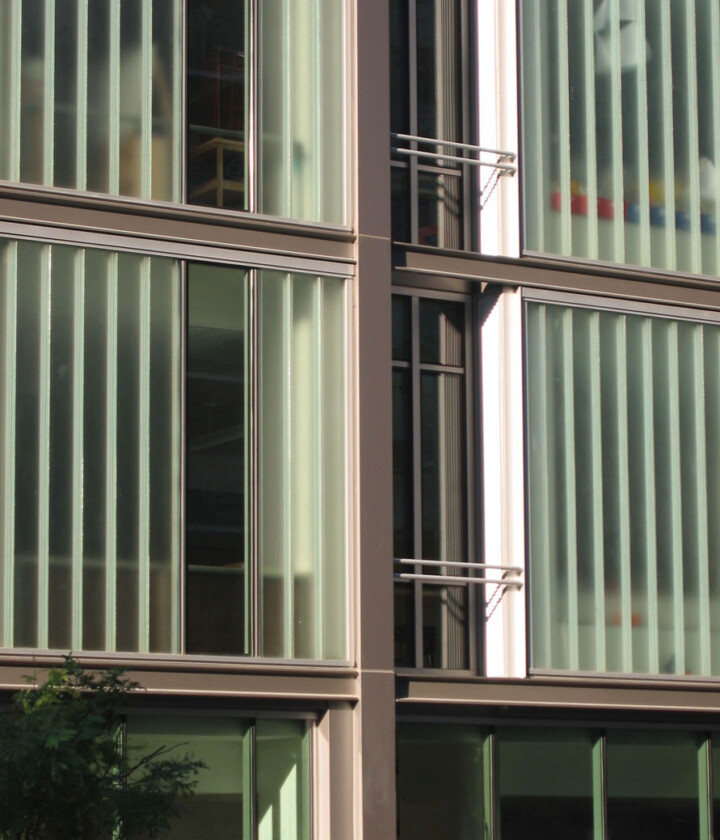 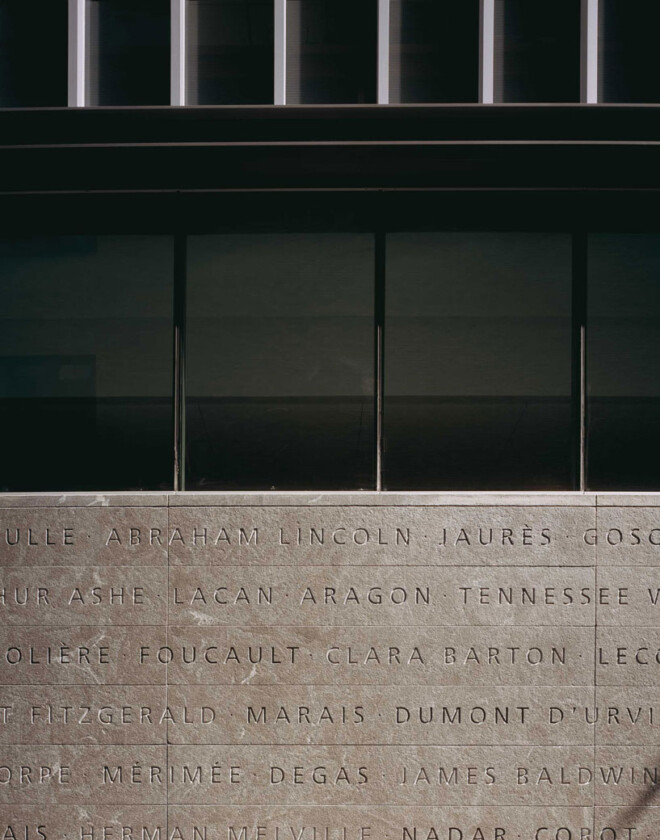 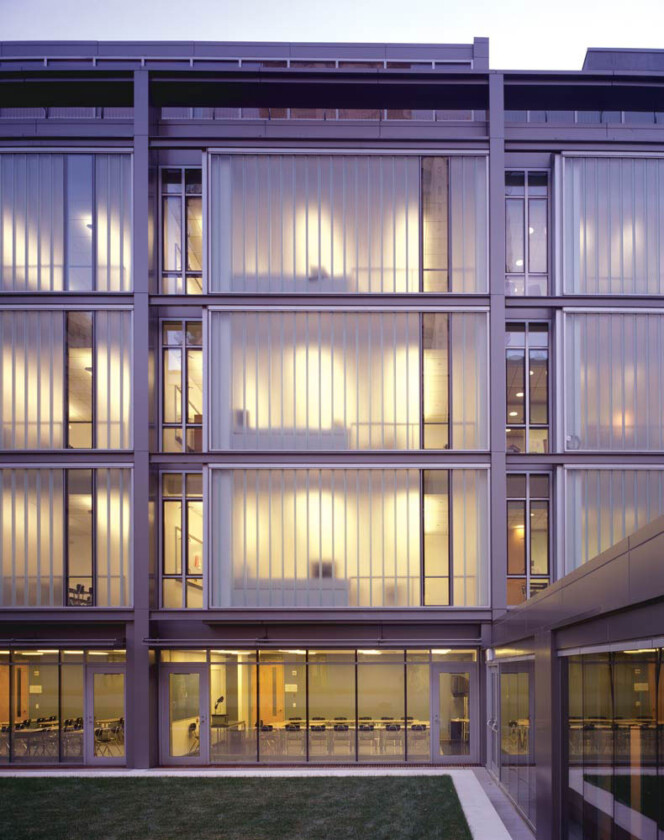 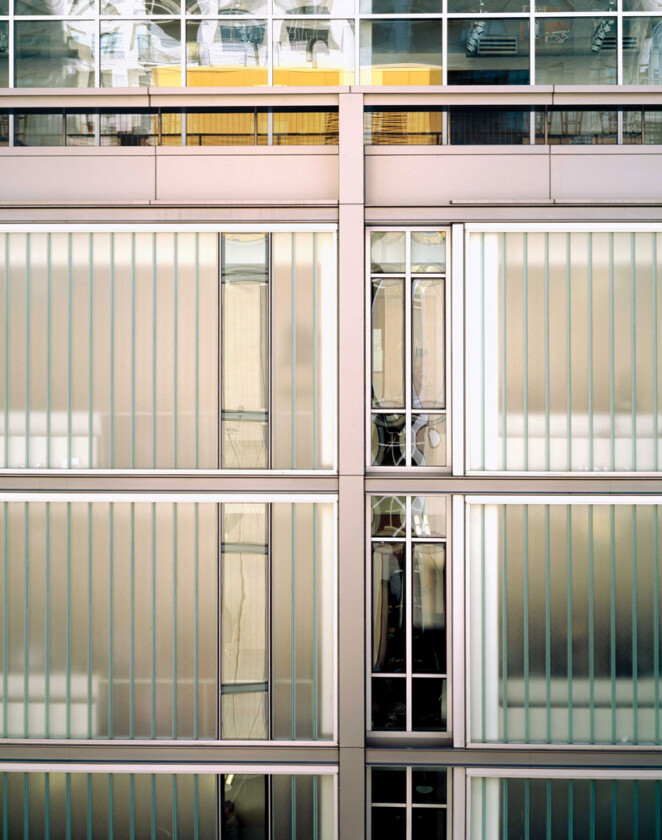 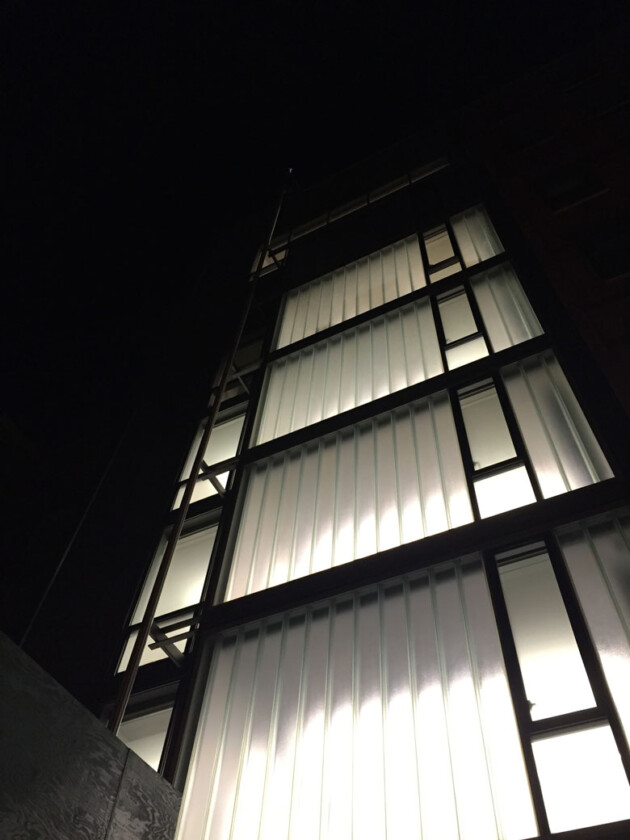 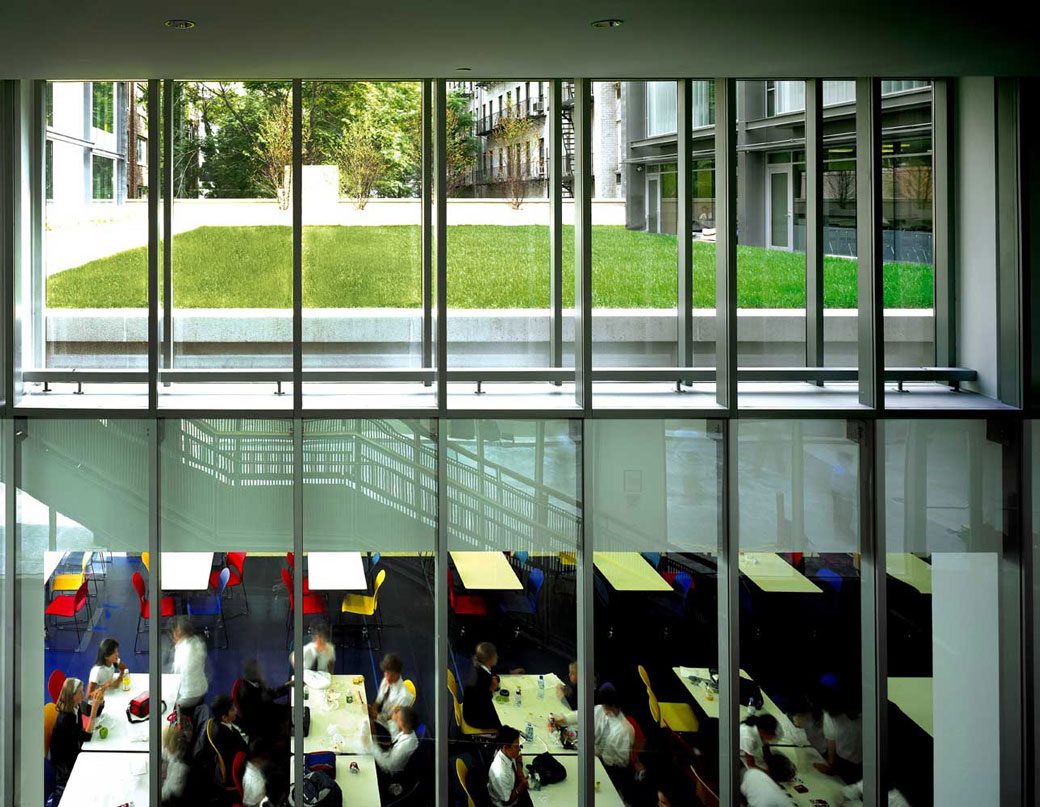 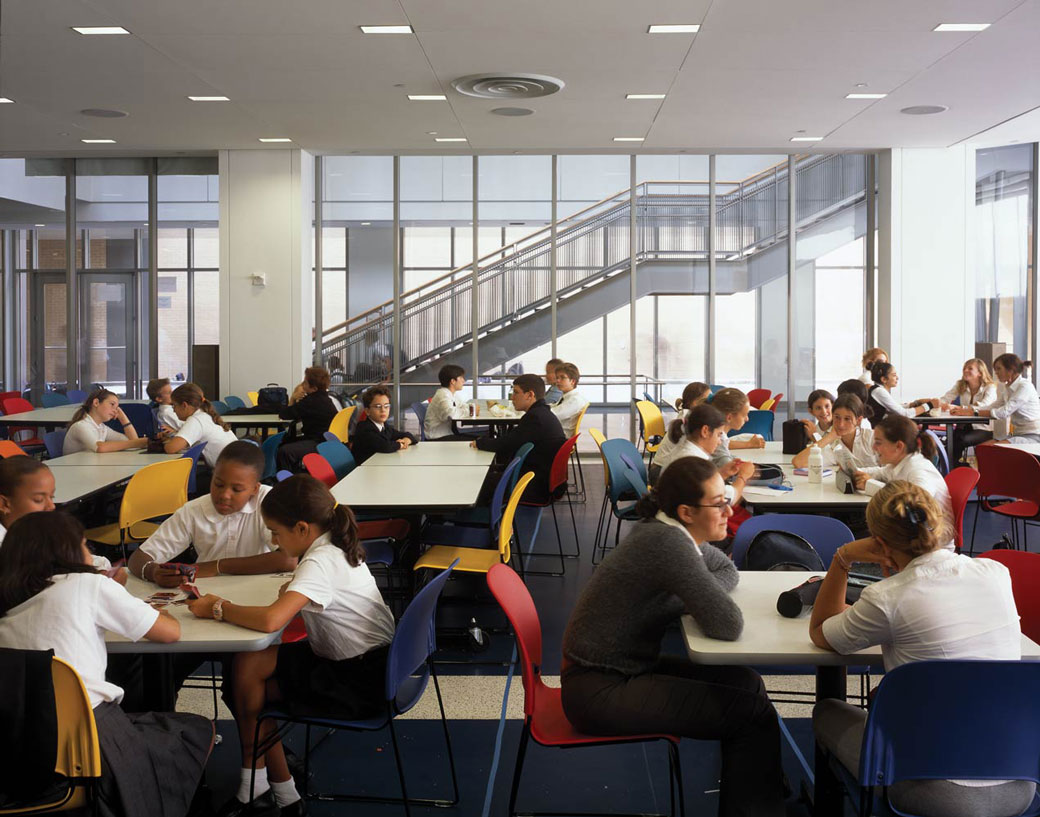 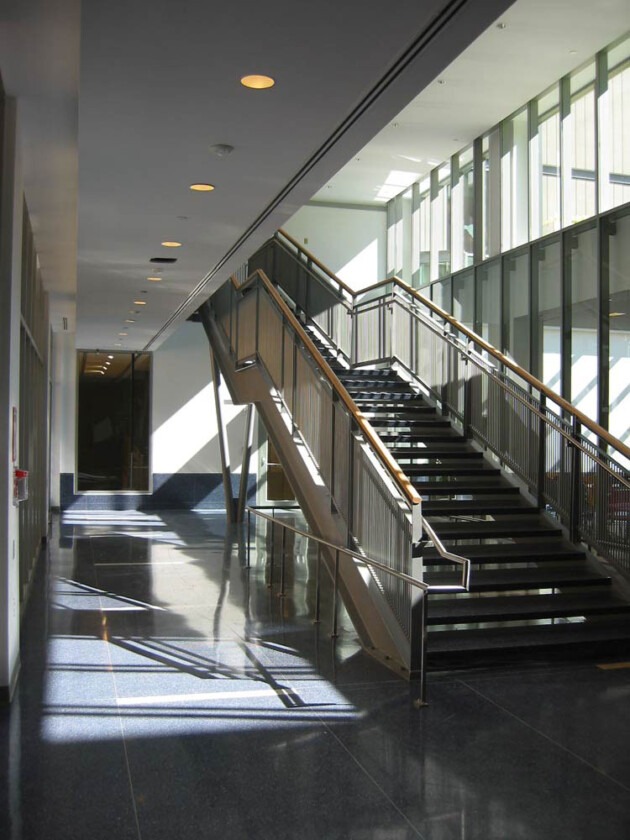 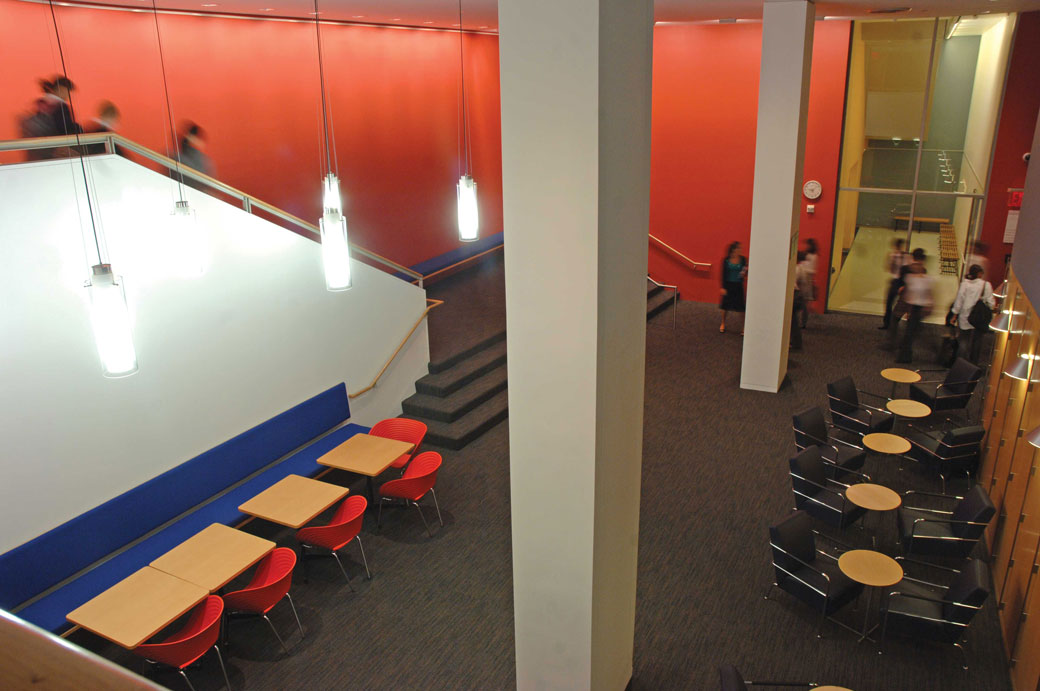 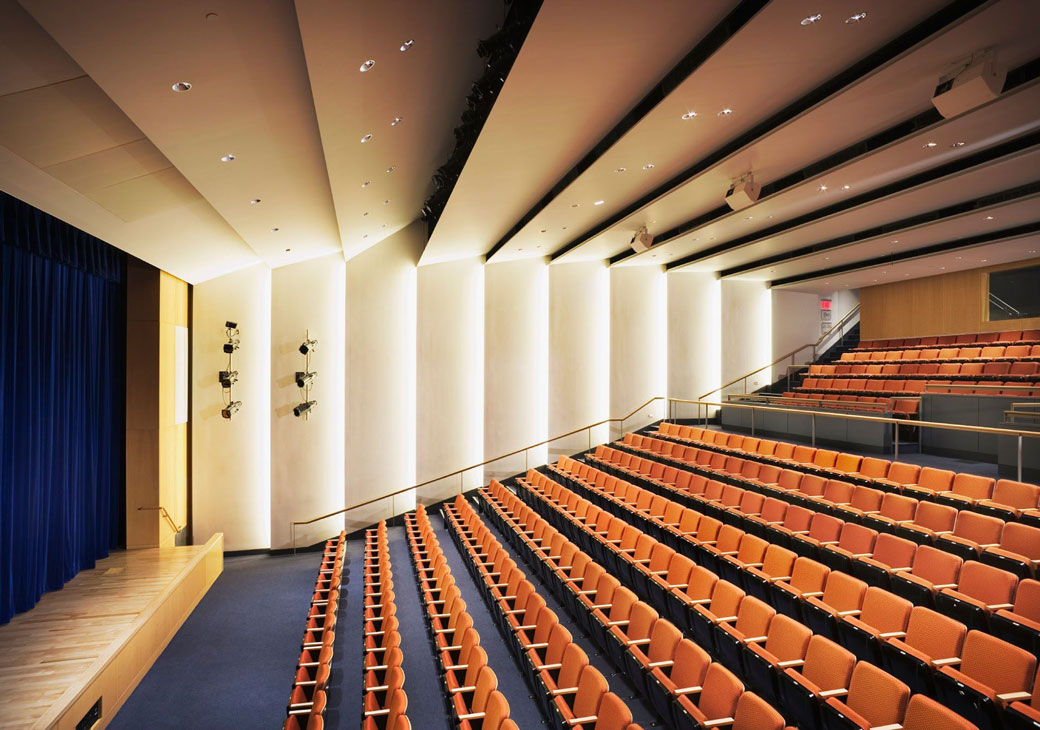 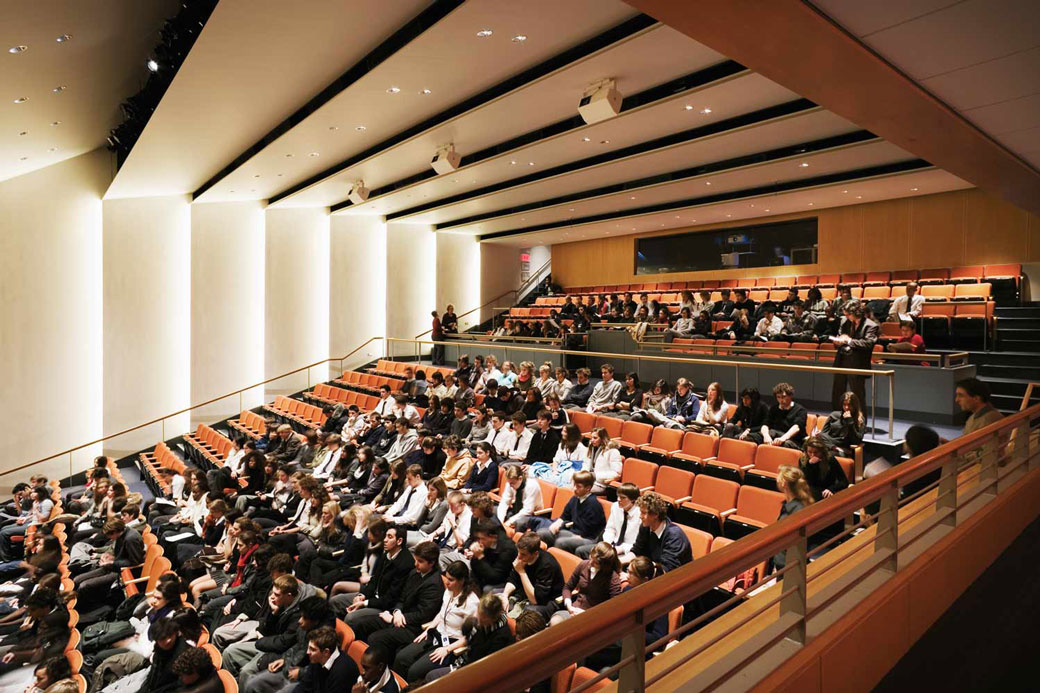 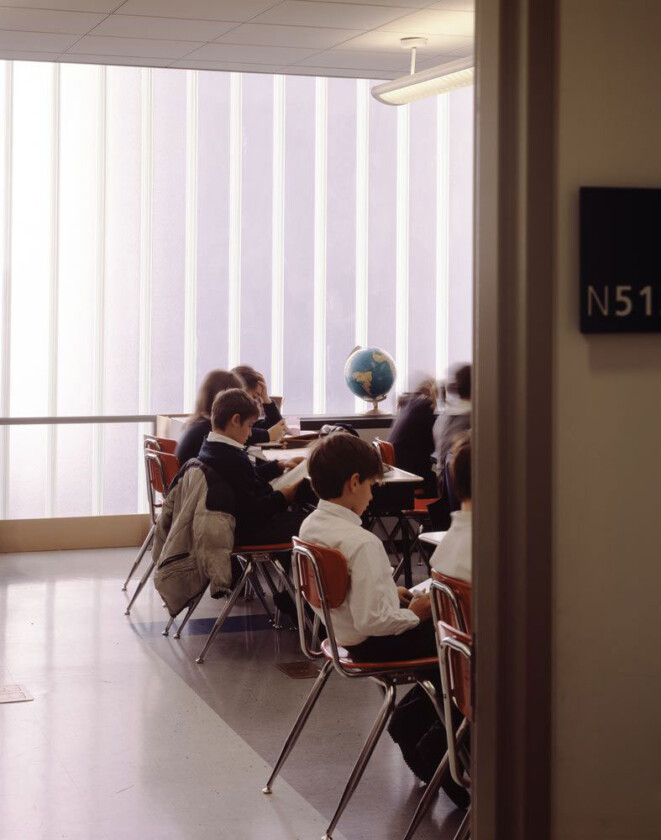 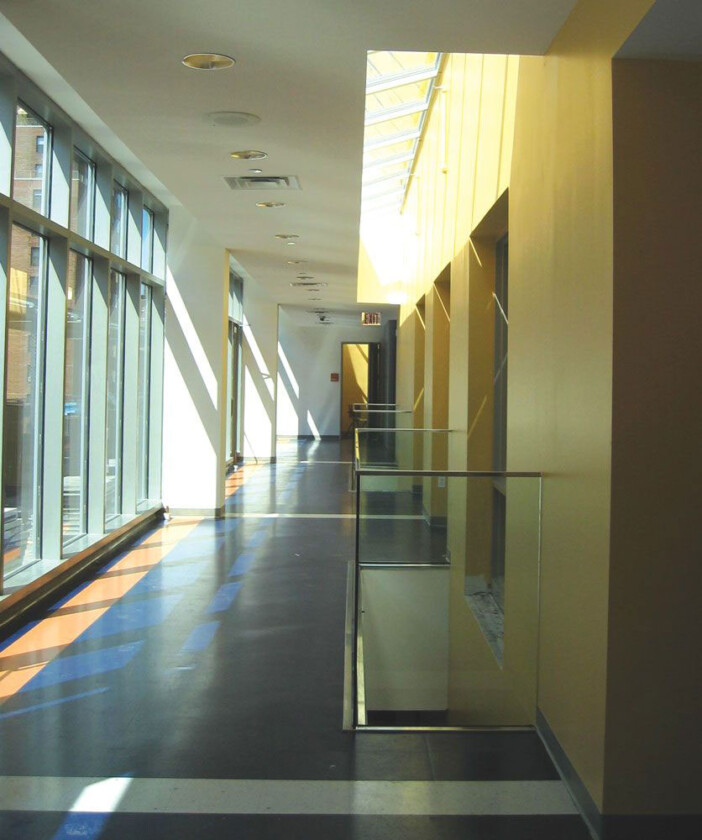 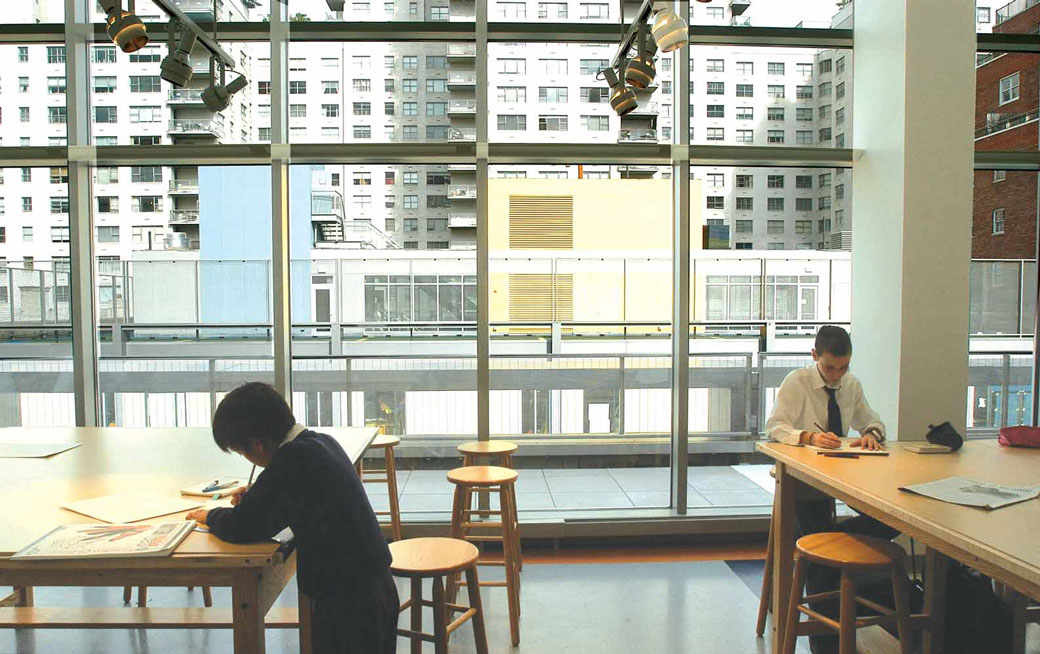 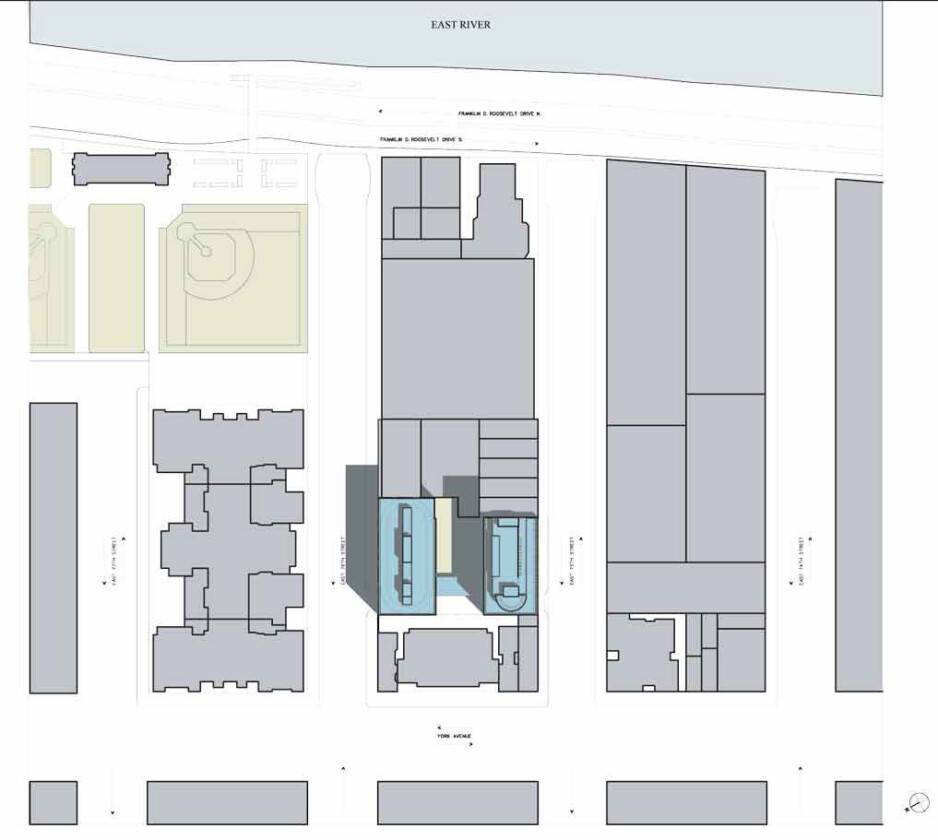 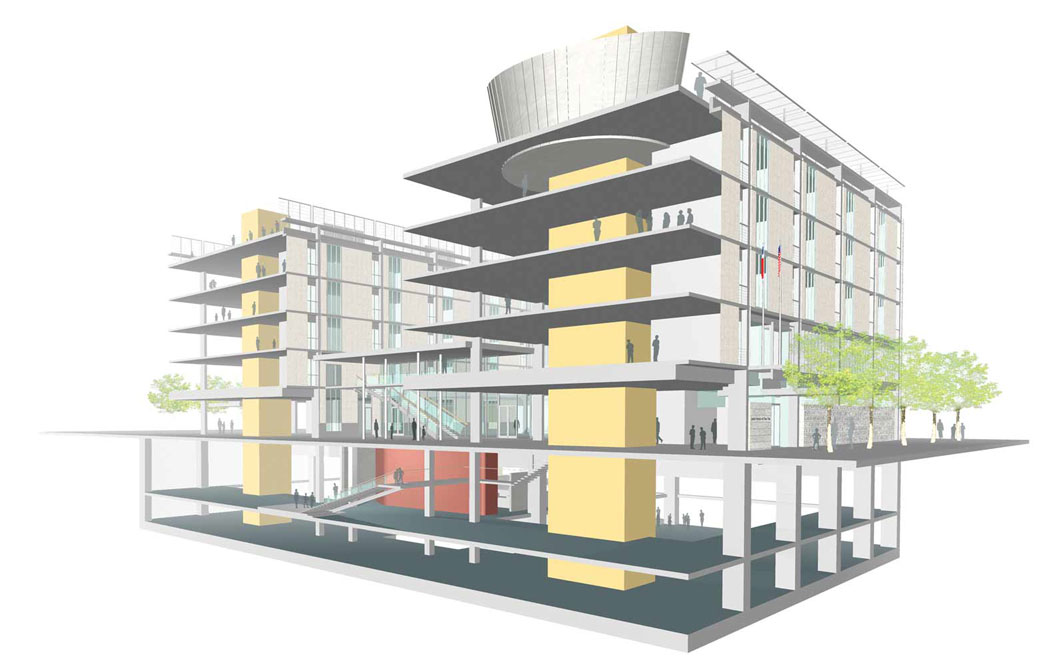 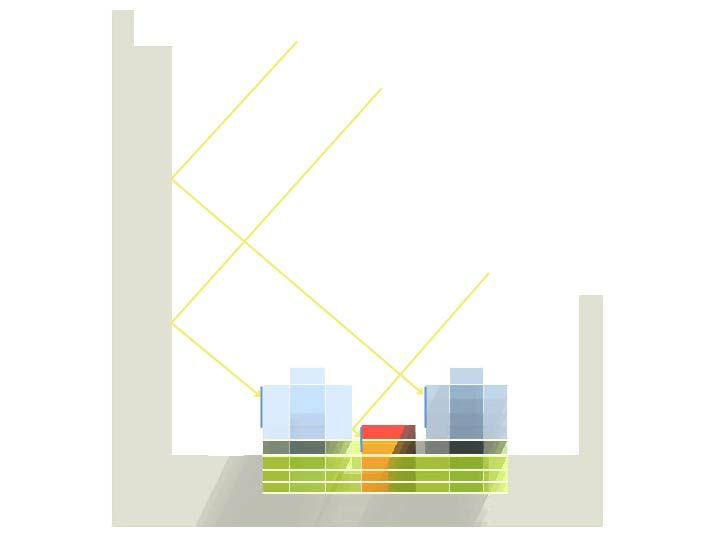 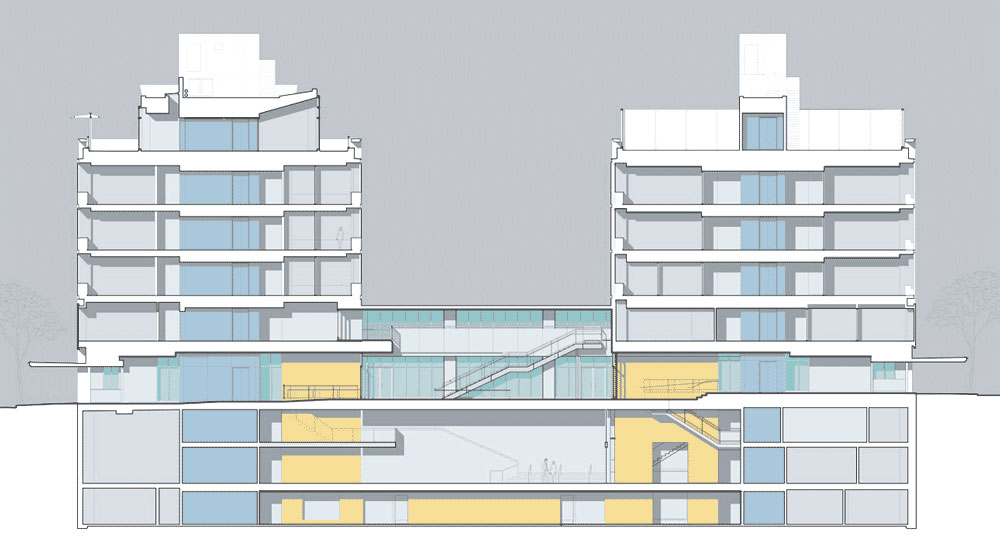 The  Lycée Francais de New York realizes a vision for a new international, multicultural school that fulfills the needs of a unique curriculum and the school’s more than 1,000 students.  Intended to convey the rigor and order of the school’s French pedagogy, the design is inspired by the school’s unique history in New York City, the memory of the six original Beaux Arts buildings that had defined its previous home, and the rhythms, forms and materials of the New York City’s dense Cartesian landscape.  Spatial variety, rational planning principles and sectional organization, attention to proportion, façade syncopation, expressed structure and materials are unified in a dynamic framework. Located on a  through-block site between 75th and 76th streets on the Upper East side of Manhattan, the school is made up of two buildings connected by a three-story base –one above and two below-grade.  A central courtyard acts as the “coeur” of the Lycée, creating the opportunity to define a true French cultural center and a landscaped focal point. Two distinct faces to the city, north and south, reflects upon the inherent duality of French and American culture and the solar orientation of he building.  The north façades are characterized by translucent channel glass systems, which capitalize on natural and reflected light. The south sides are pre-cast concrete reminiscent of the limestone facades of the school’s original buildings. Internally, shared school-wide program spaces such as libraries, cafeteria, auditorium and gymnasiums unify the school at the three lower levels. Above ground, the southern structure is designated as the secondary school while the northern structure is the maternelle and primary school.  The rooftops of both structures are used for recreation and outside gathering.