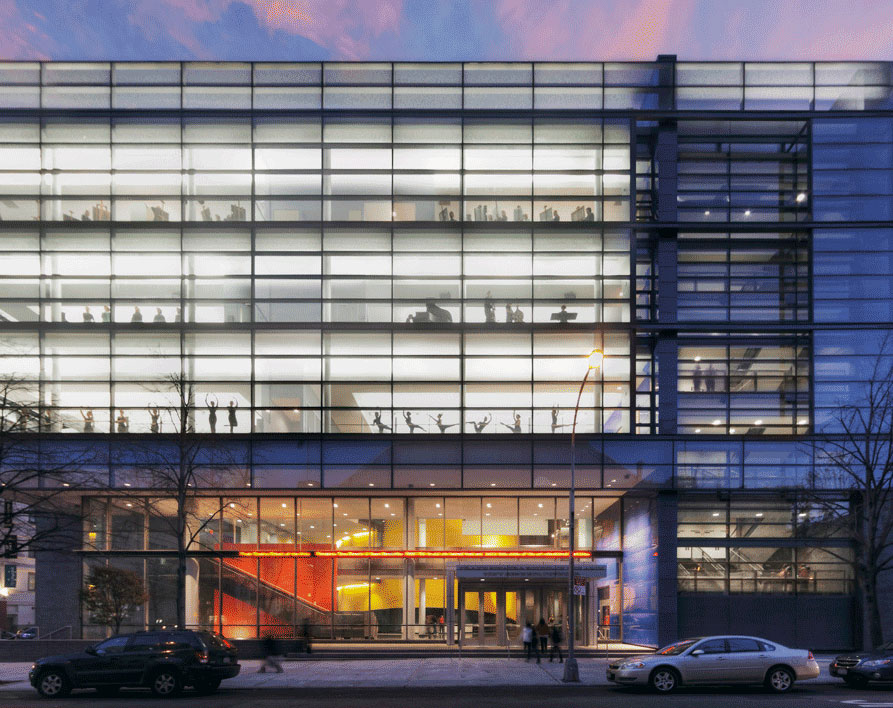 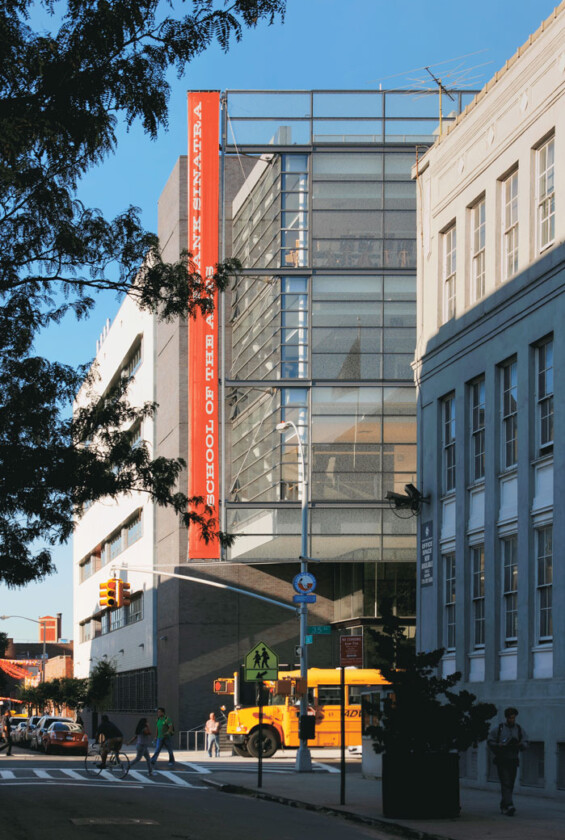 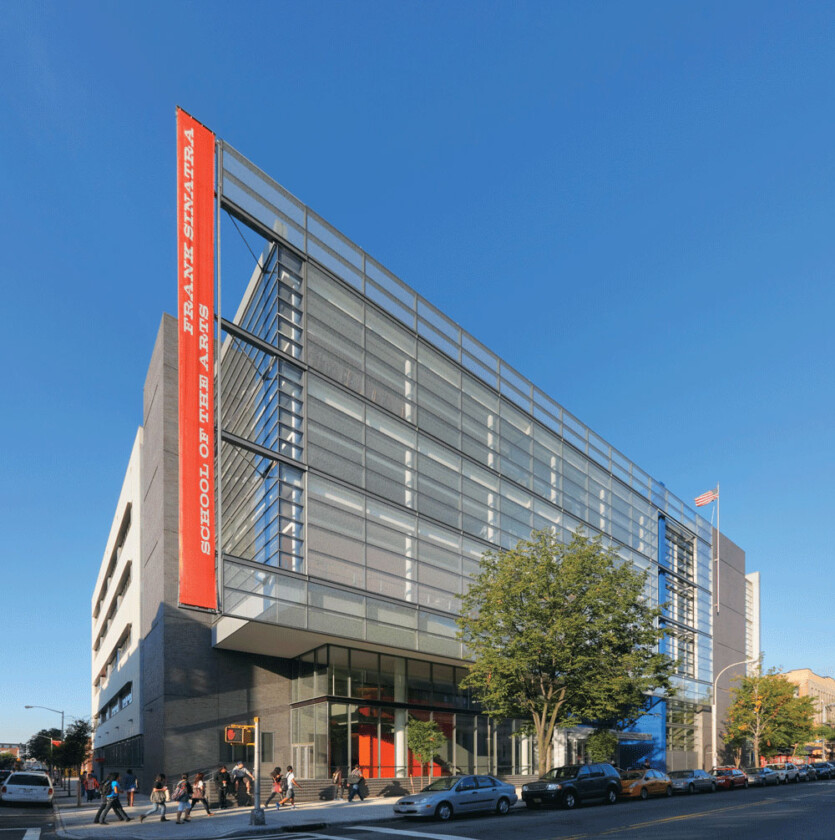 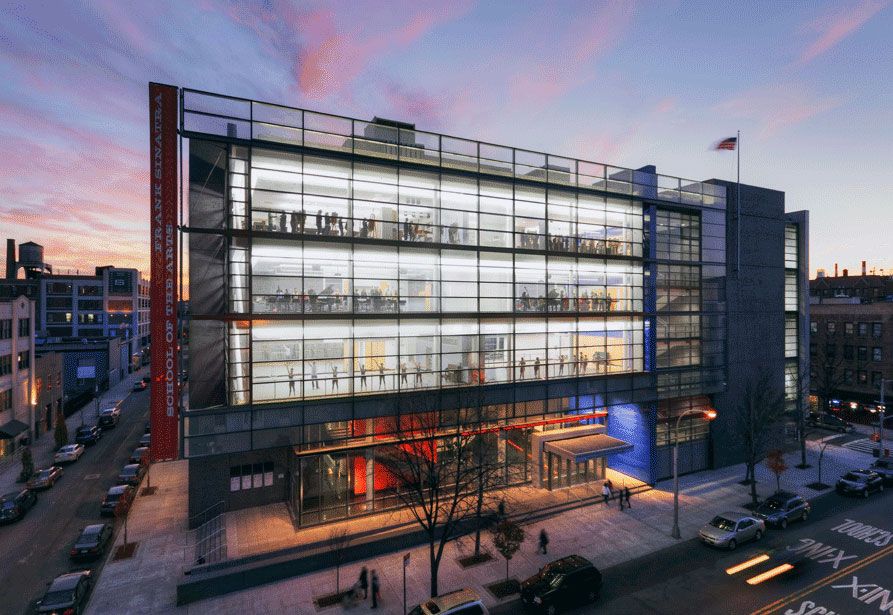 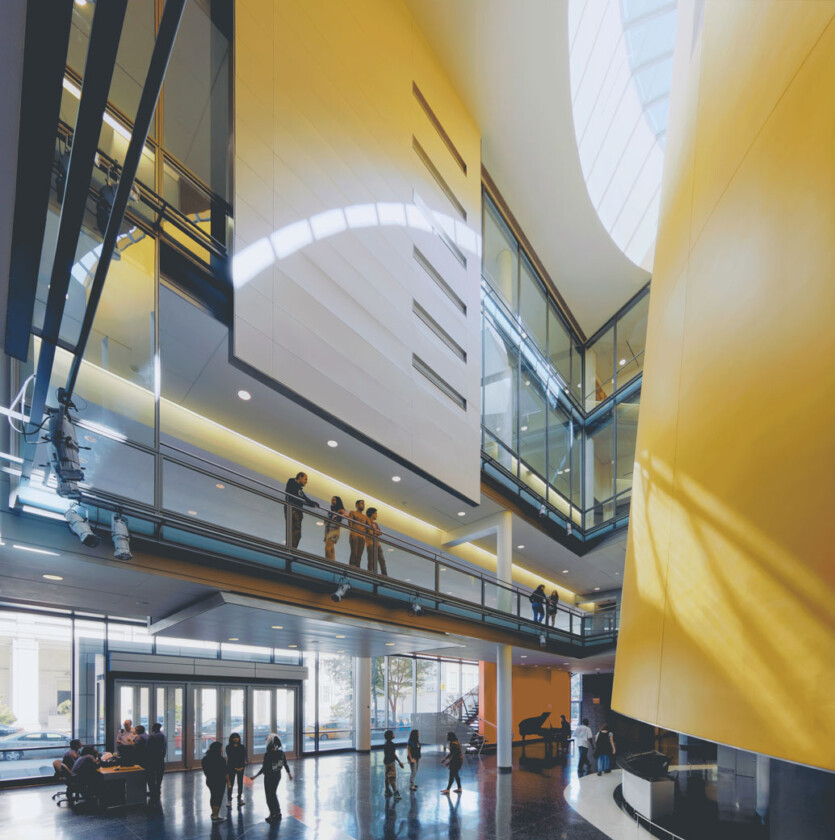 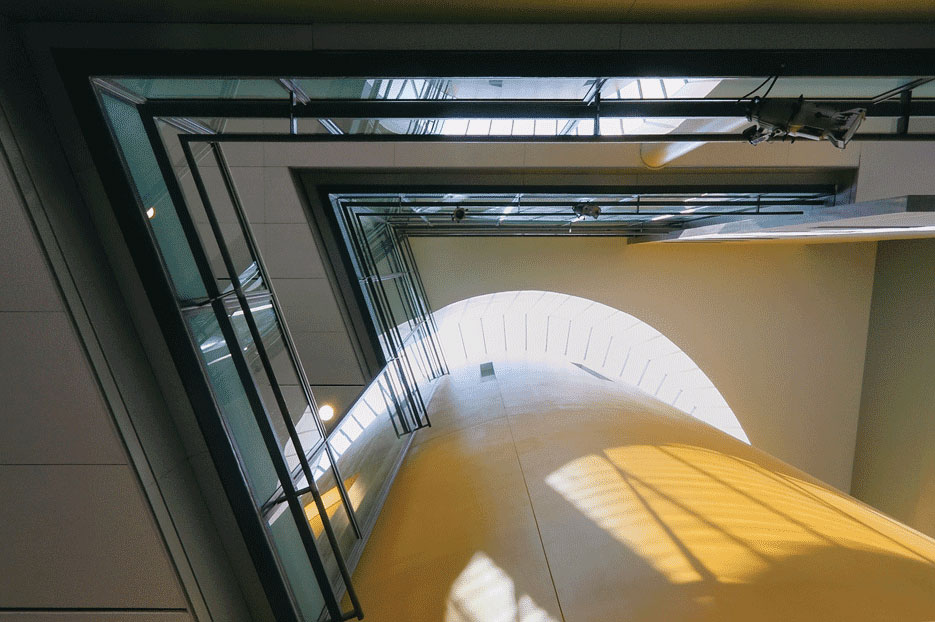 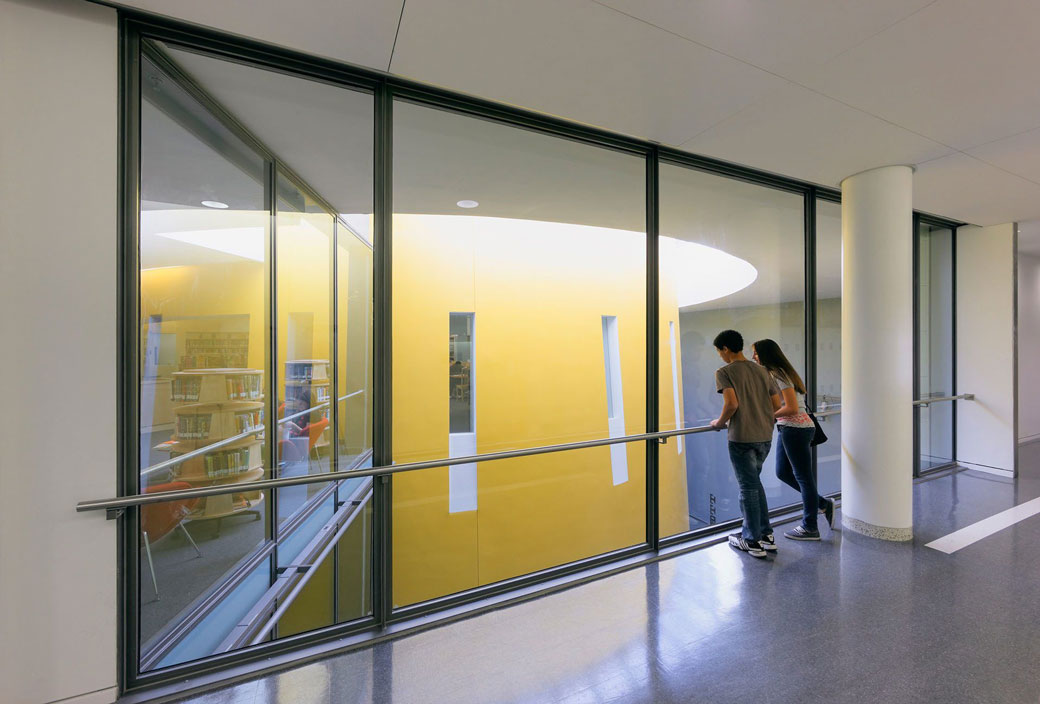 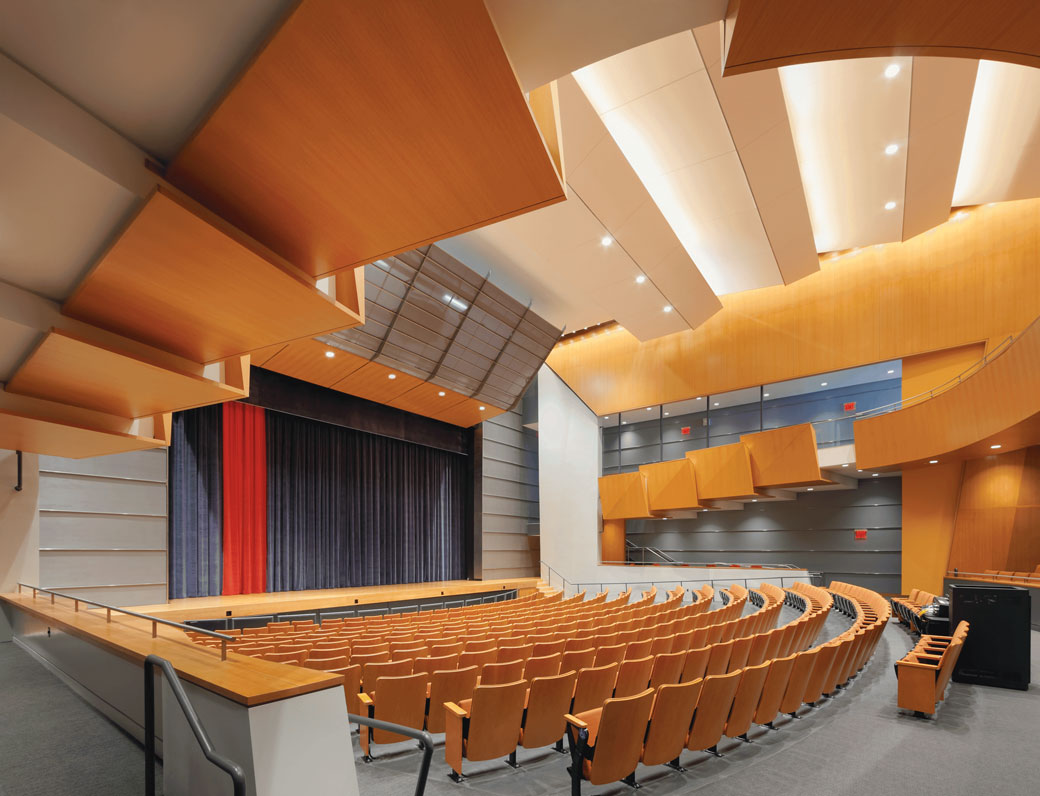 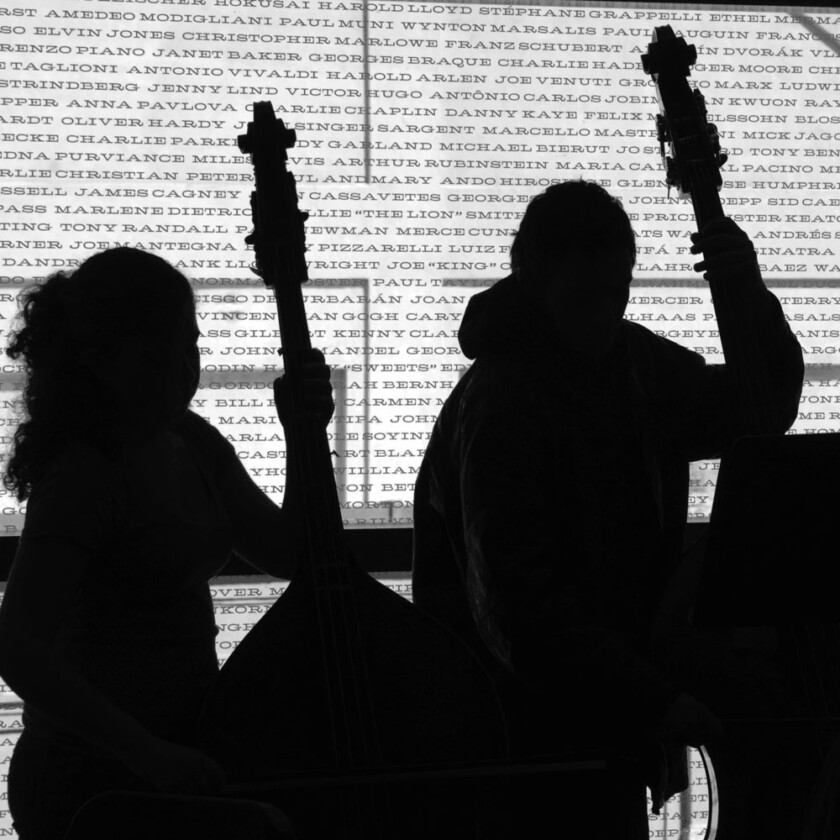 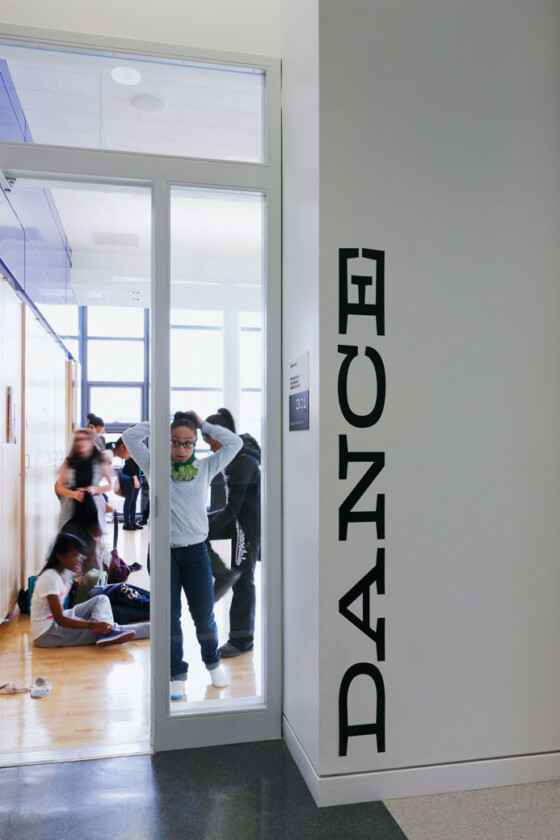 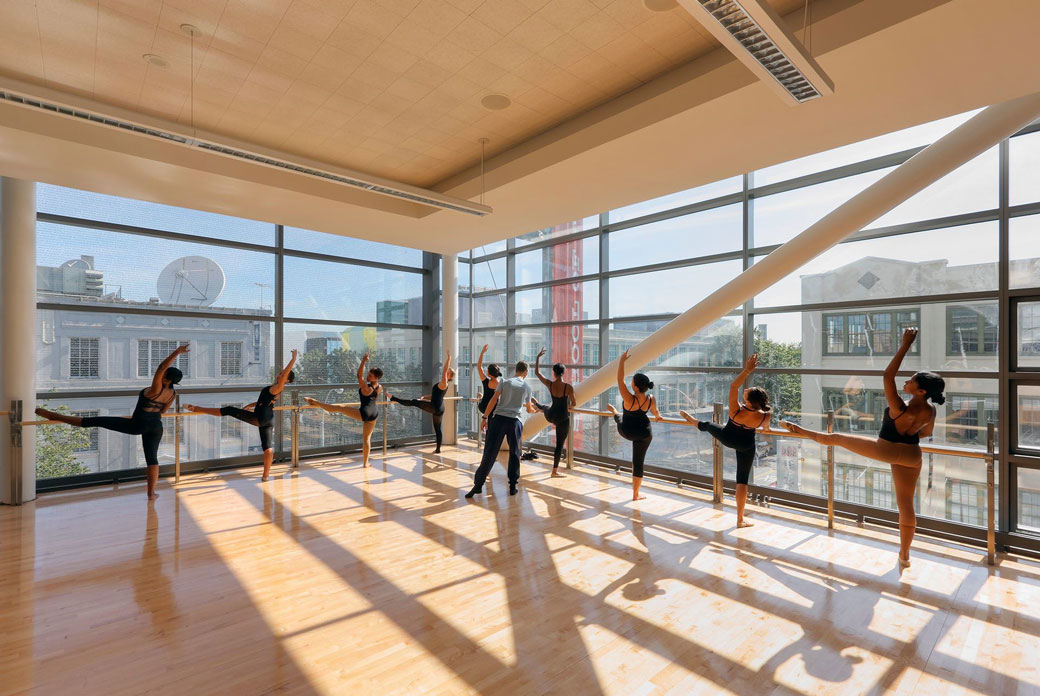 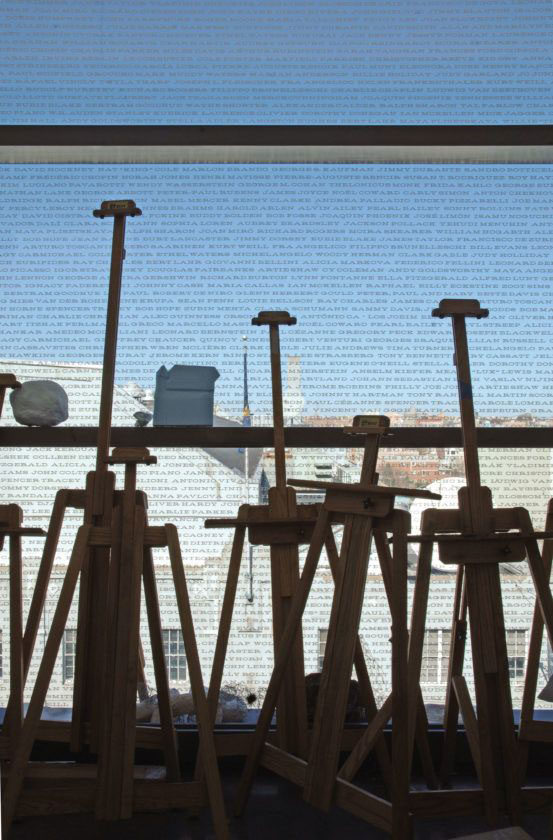 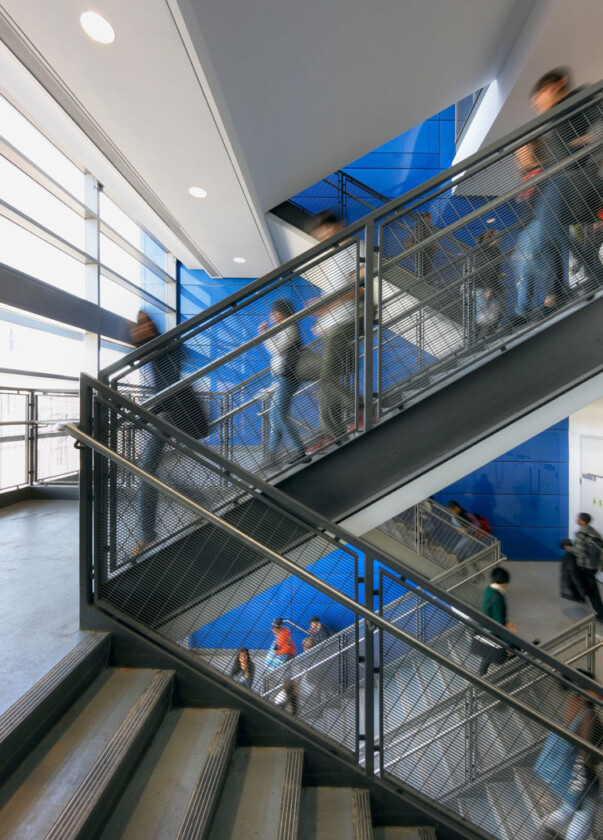 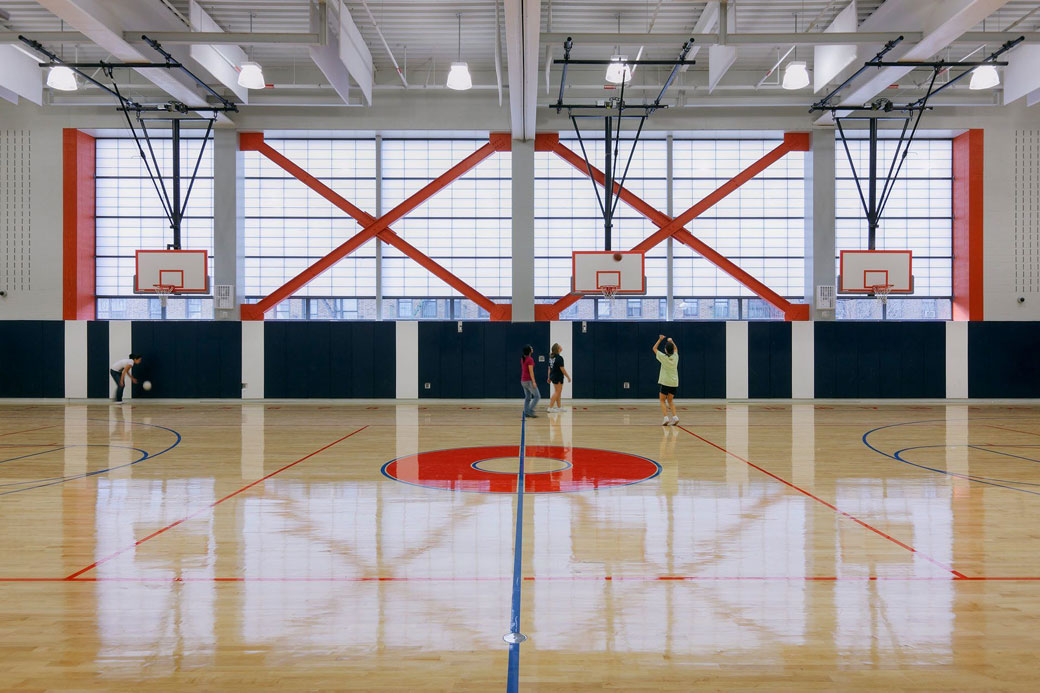 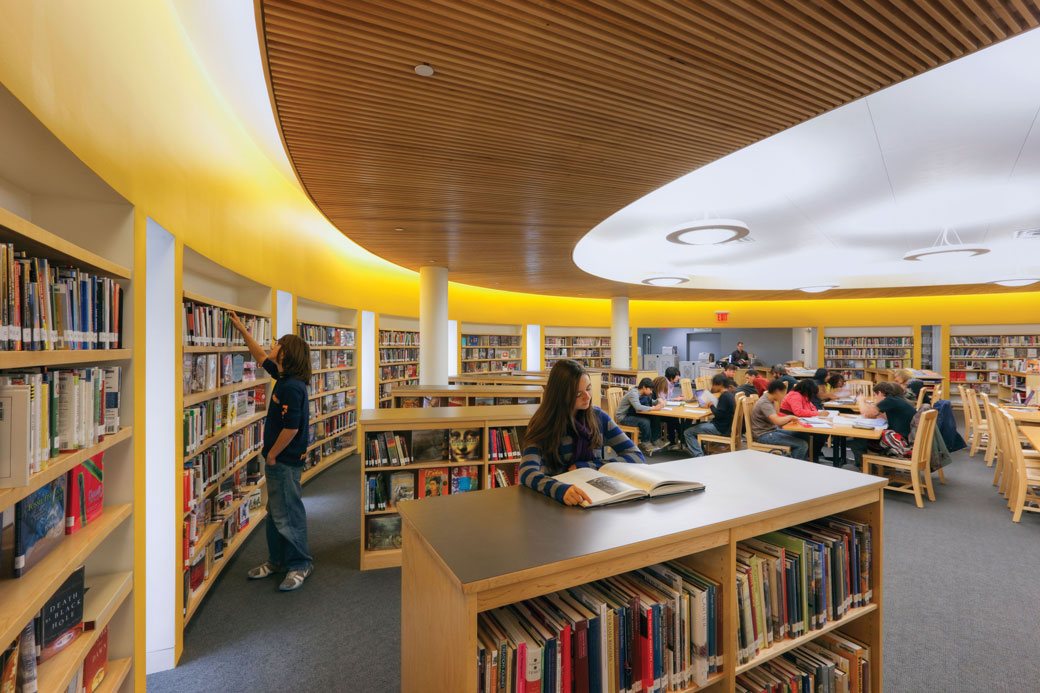 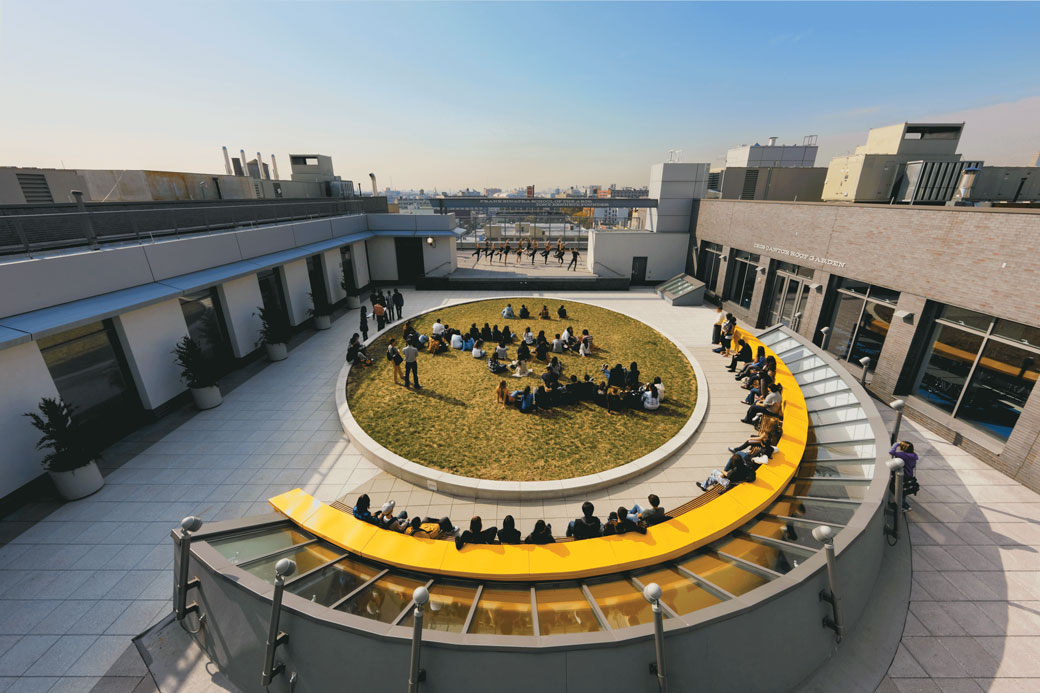 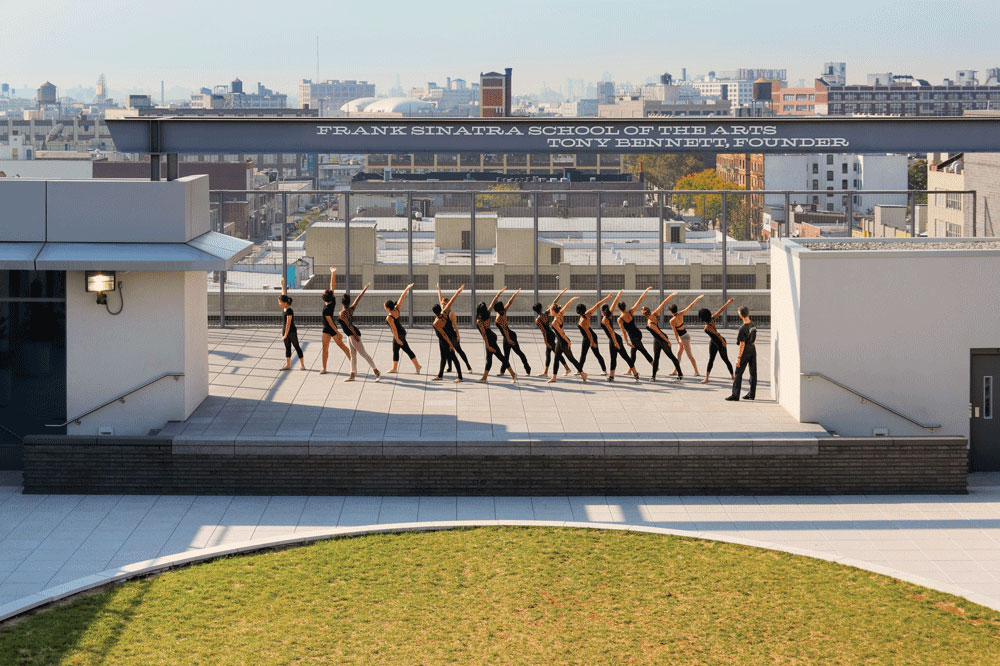 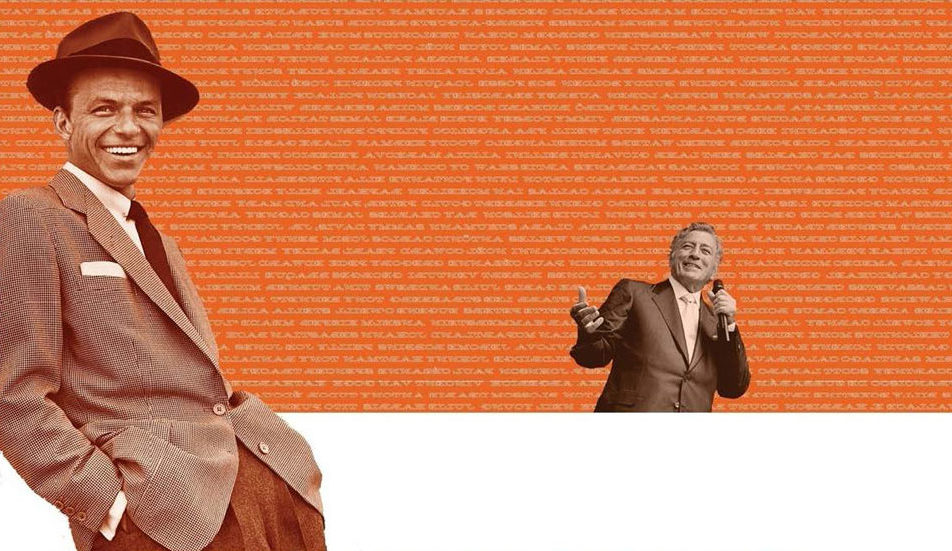 When I would see Frank at the Paramount in Manhattan, the streets were so crowded with people hoping to get in to his shows that it looked like New Year's Eve in Times Square, every day. 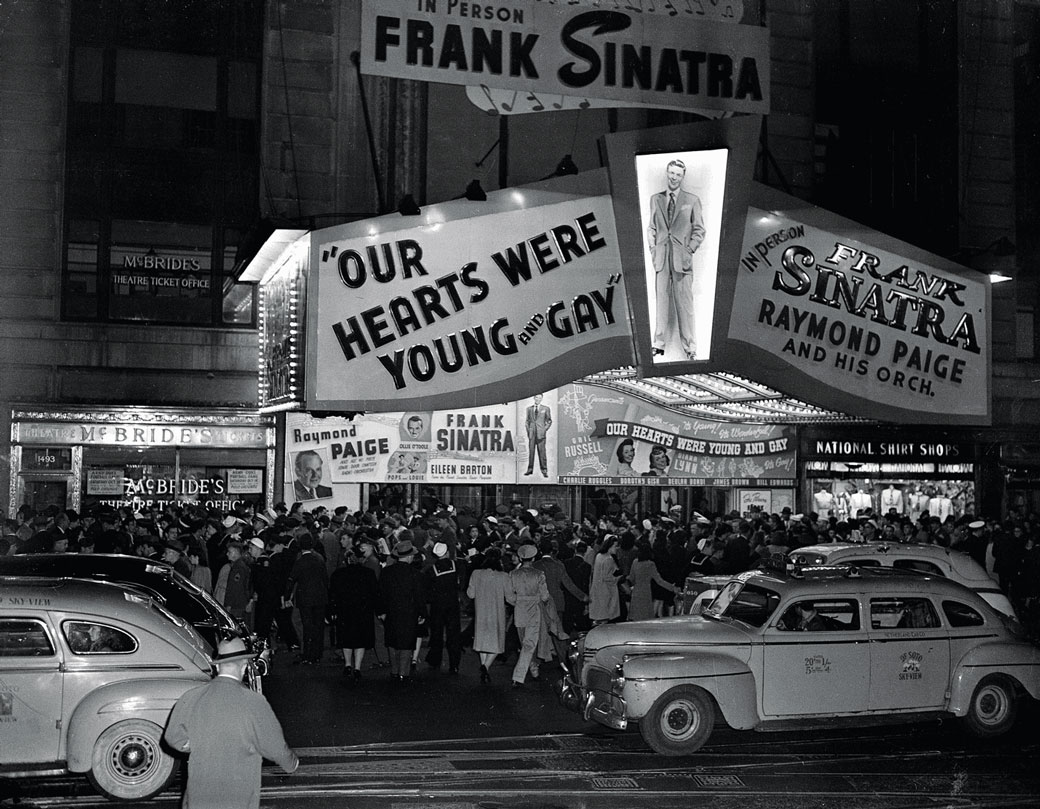 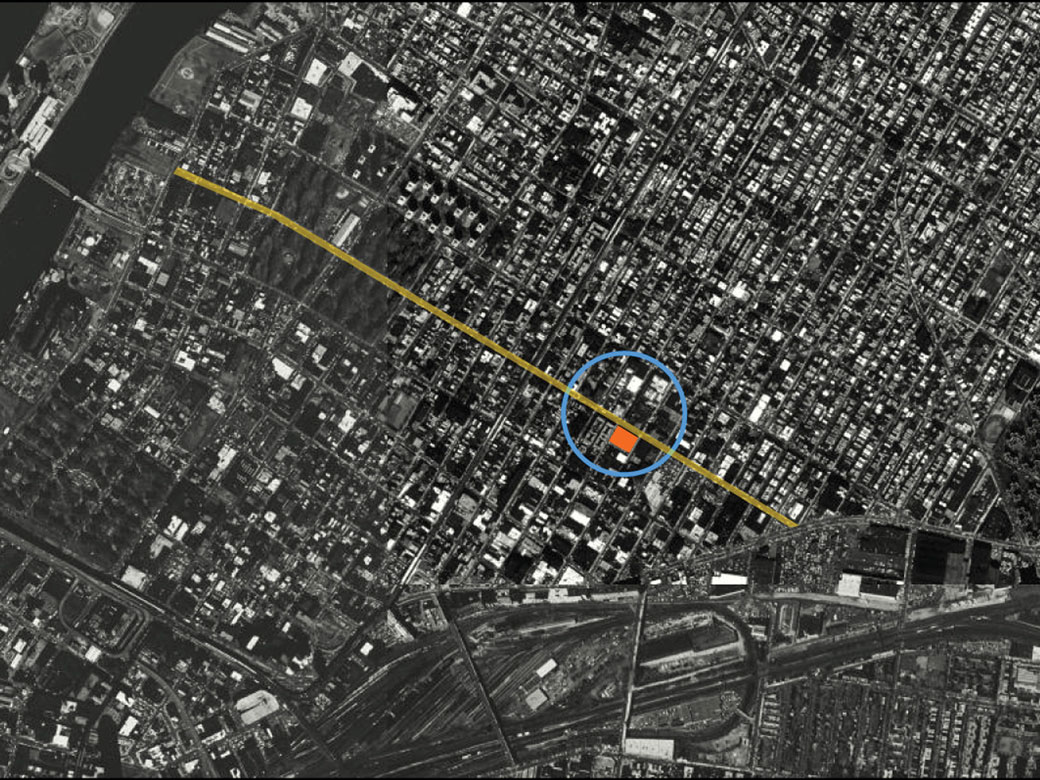 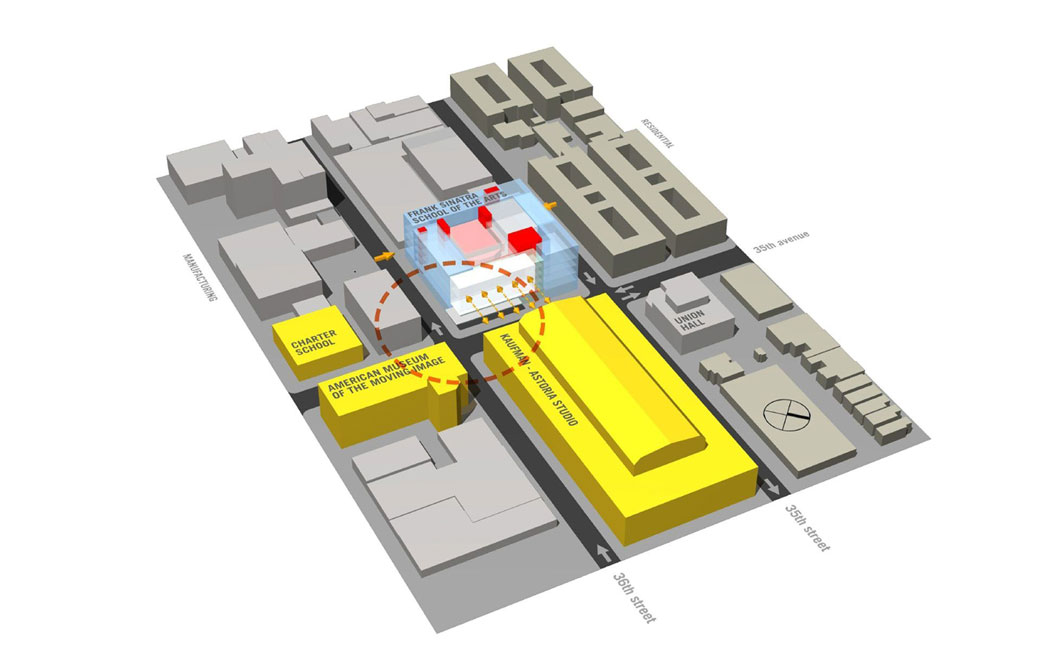 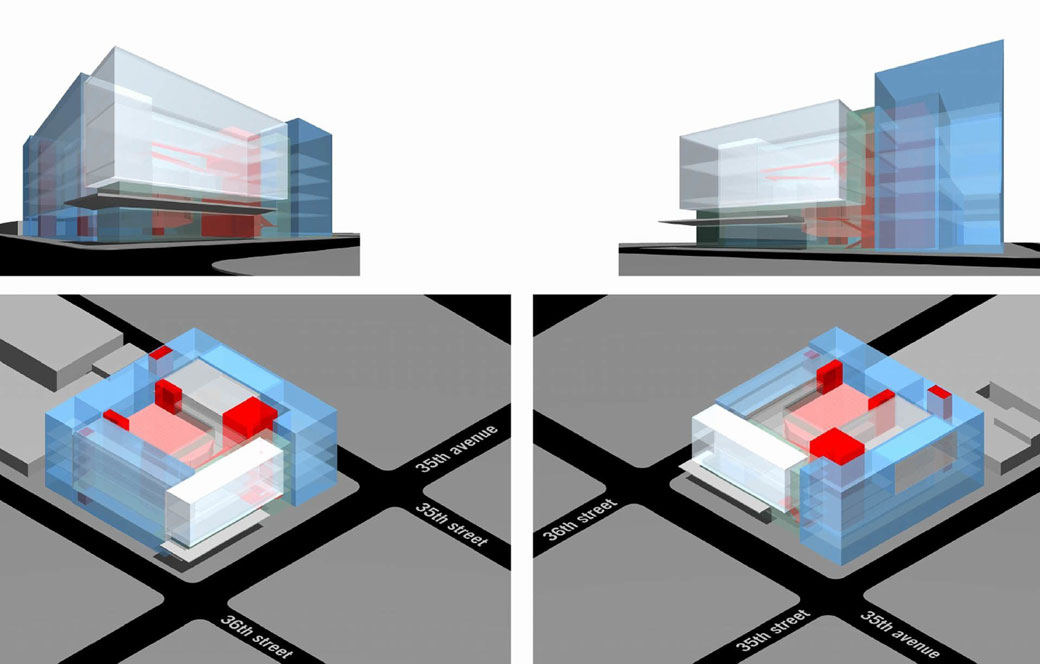 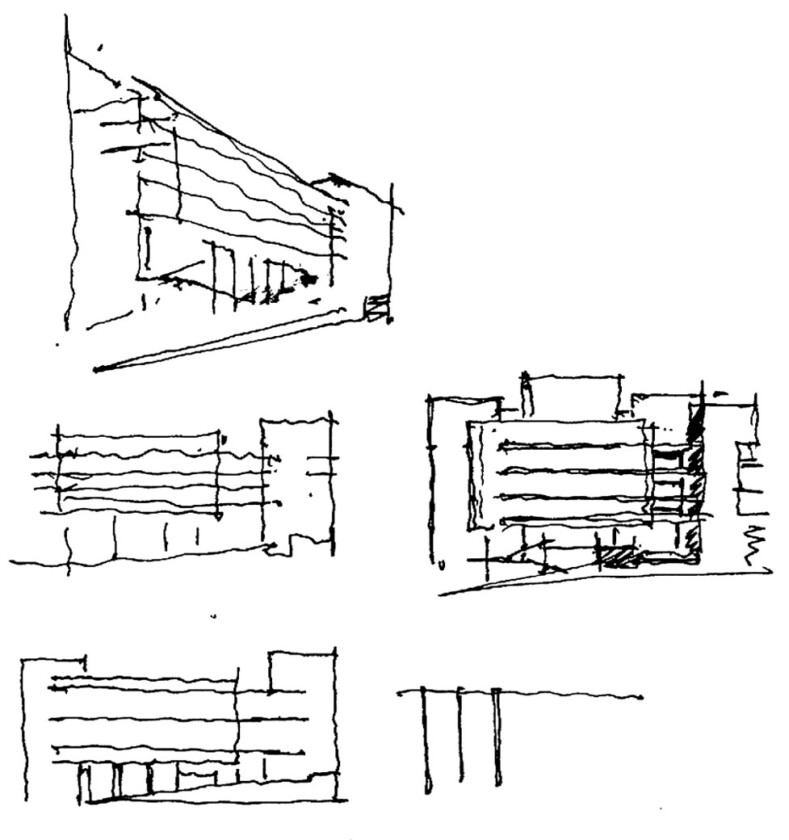 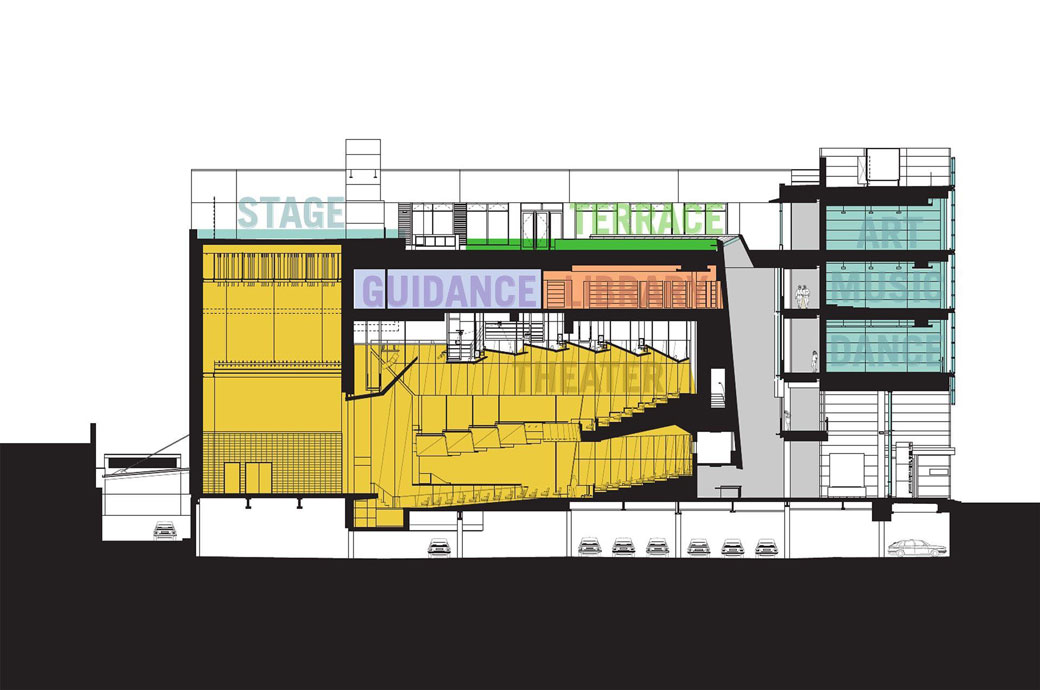 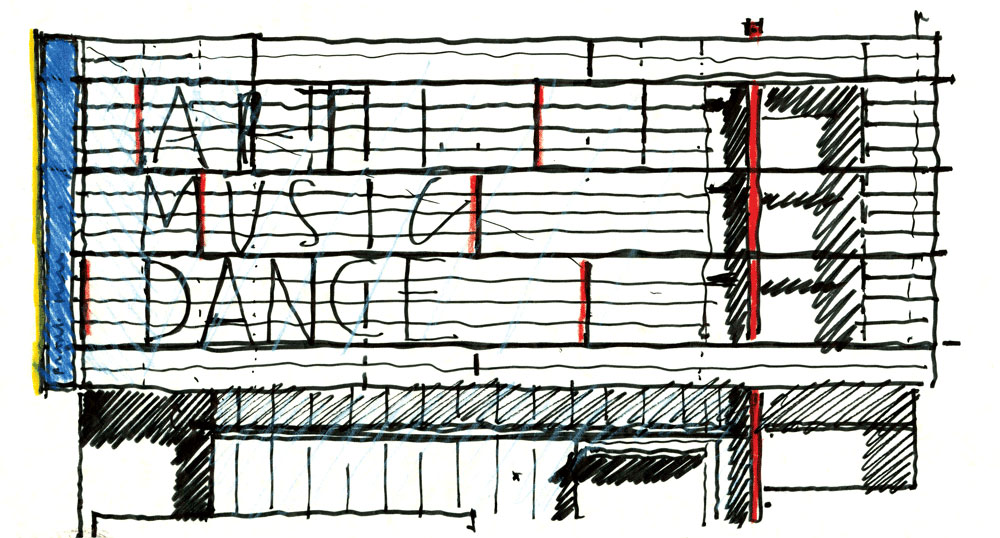 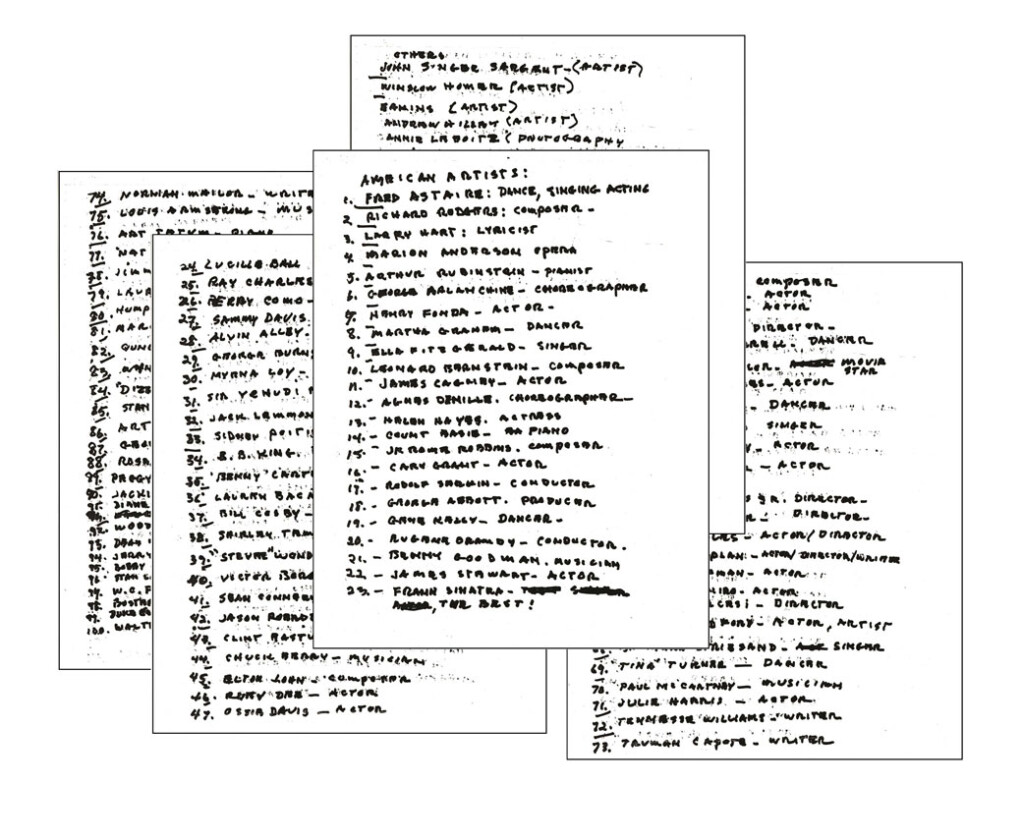 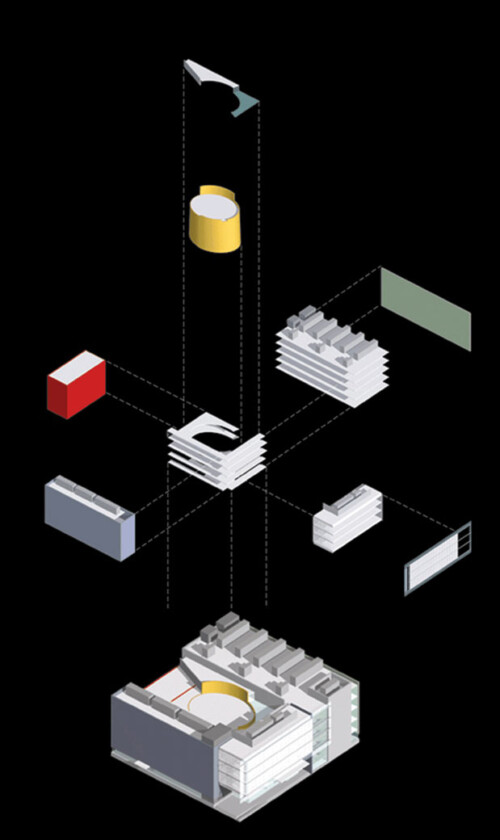 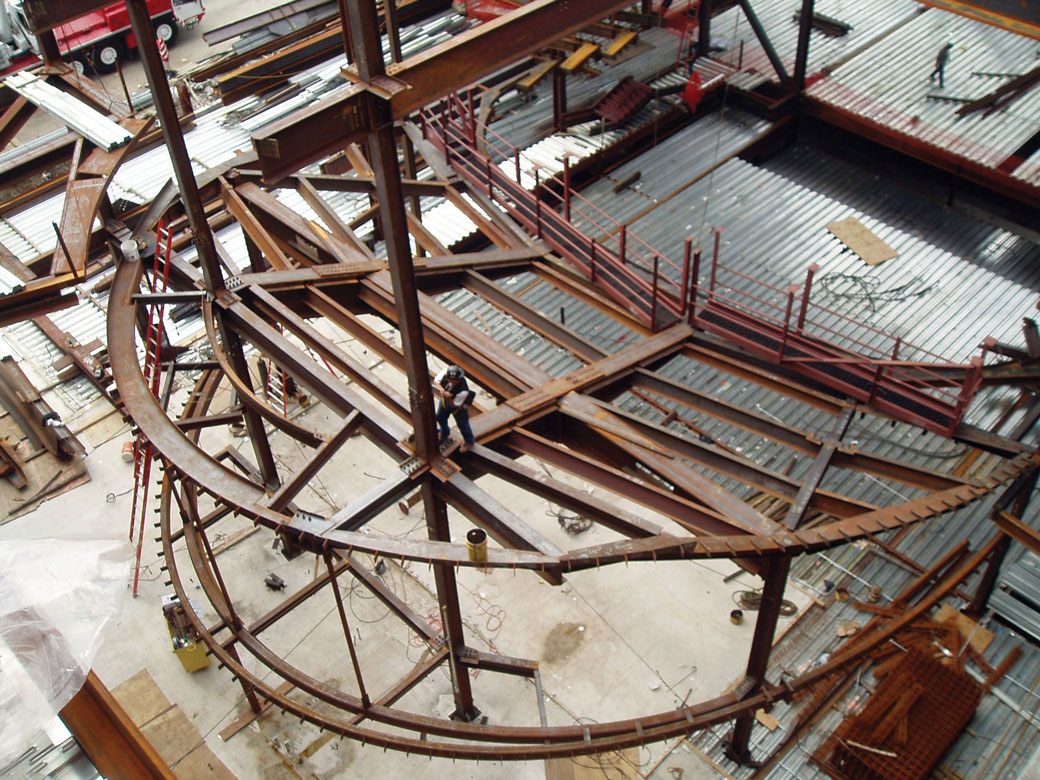 The new Frank Sinatra School of the Arts creates a powerful architectural identity for this 1,000-student public high school for the visual and performing arts. The design celebrates the school’s arts curriculum and connects visually, programmatically and spatially with the surrounding community. The transparency of the building’s primary façade reveals the studio and rehearsal spaces within and draws the city into the building at the first two levels. A multistory skylit atrium cuts through the building to illuminate interior spaces and highlight the oval form of the concert hall at the center of the building. The five-story structure culminates in a rooftop landscaped courtyard for gatherings and outdoor performances. The building, which includes three theaters, studios and rehearsal spaces, galleries, a media center, gymnasium, library, cafeteria and general classrooms, occupies a full block on 35th Avenue between 35th and 36th Streets in Astoria, Queens. The site’s primary urban face is directly across the street from historic Kaufman Astoria Studios and the Museum of the Moving Image. The new school enlivens the street and reinforces the neighborhood’s connection to its cultural and civic buildings.

FRANK SINATRA SCHOOL OF THE ARTS

FRANK SINATRA SCHOOL OF THE ARTS