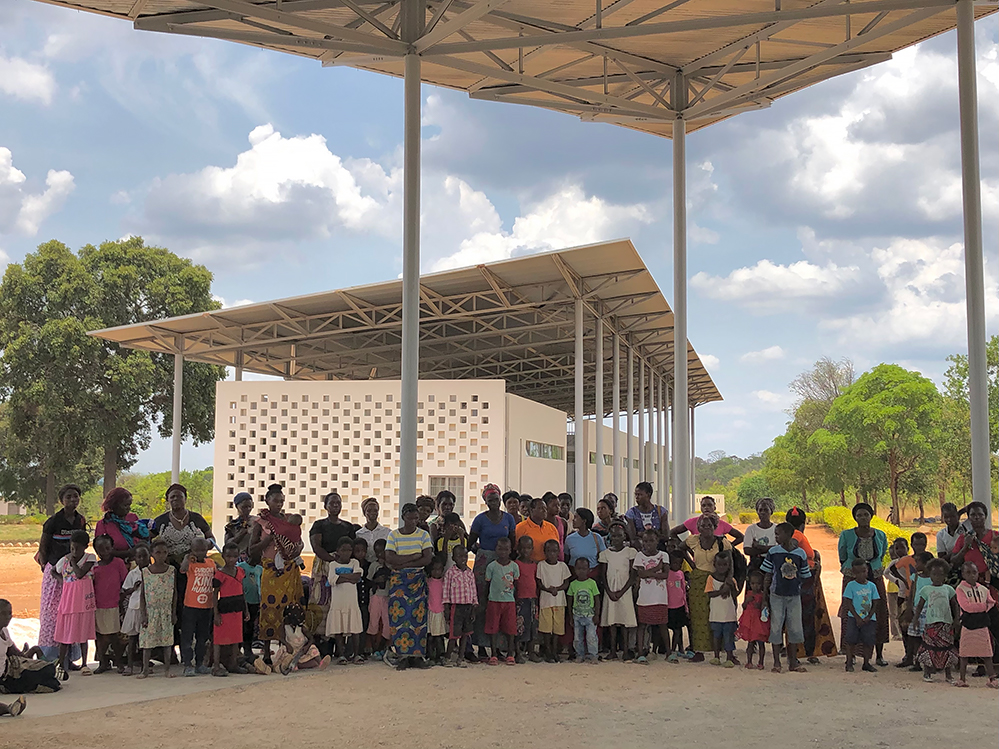 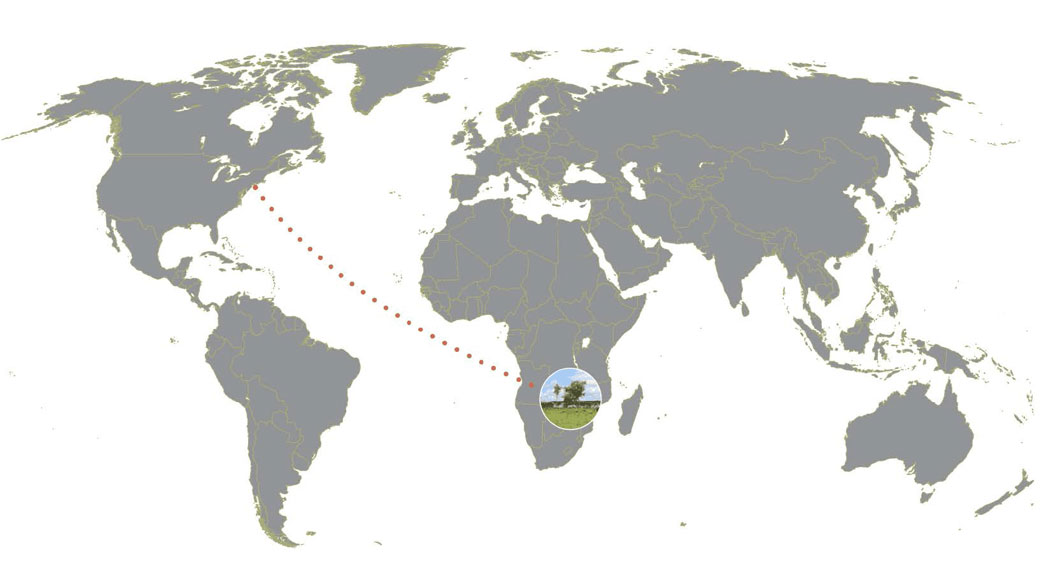 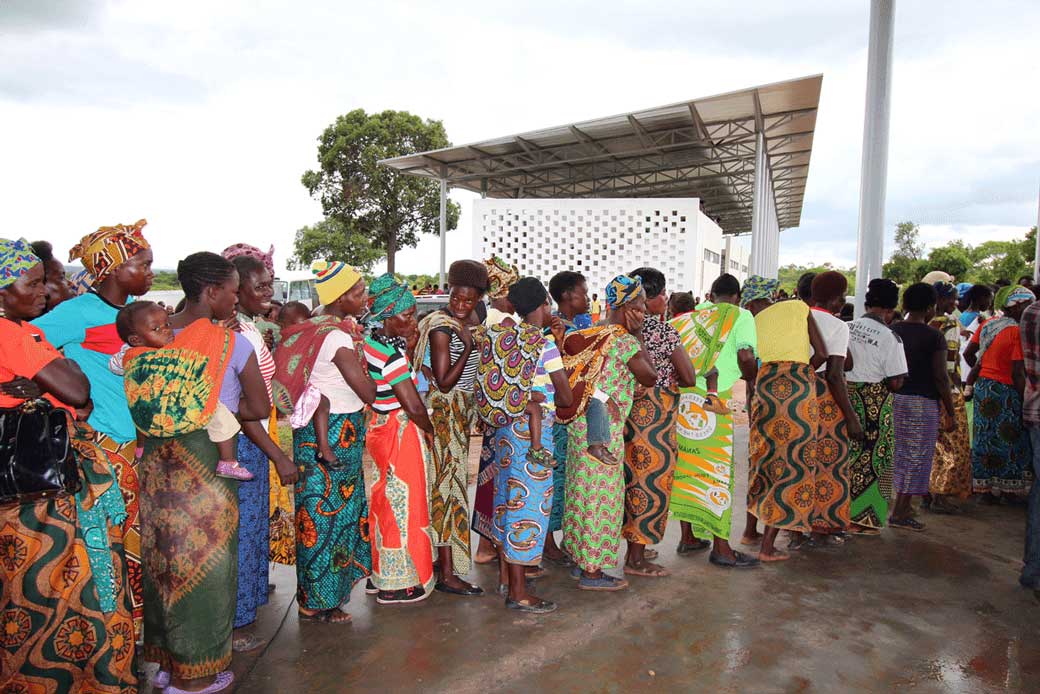 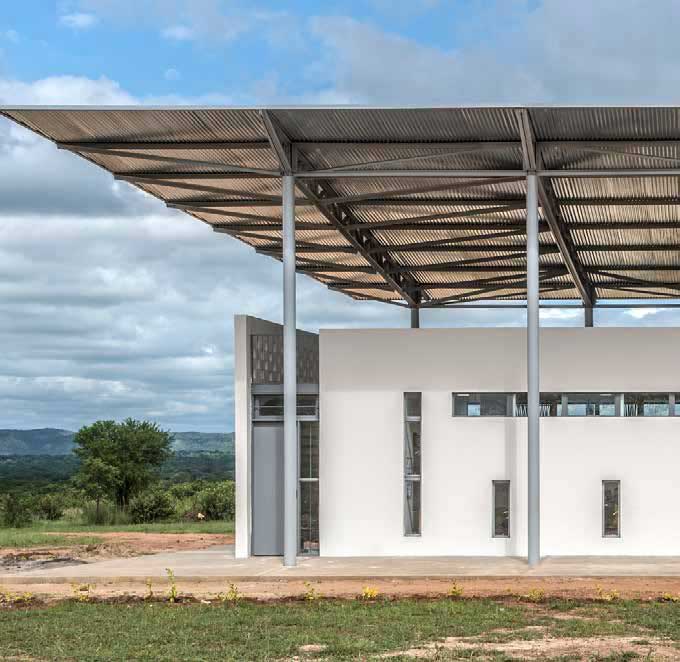 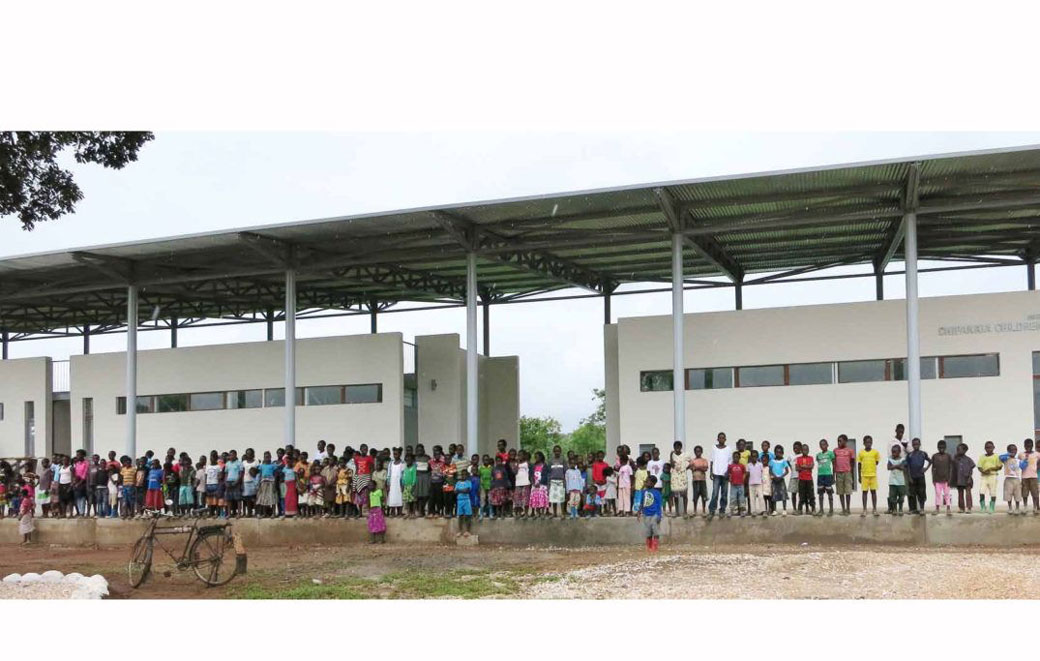 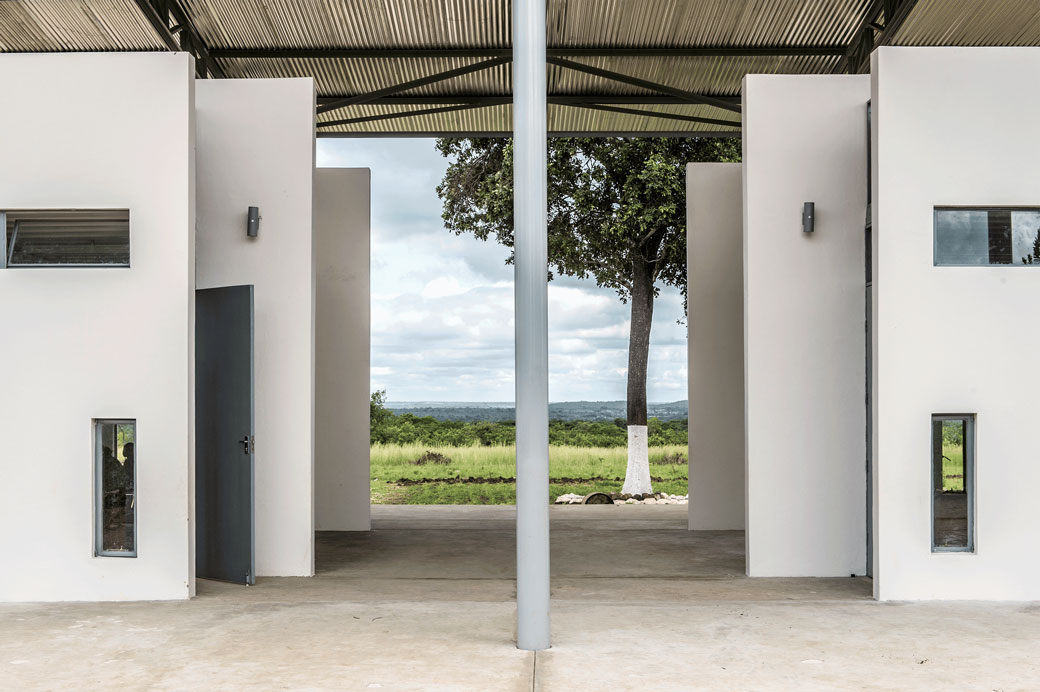 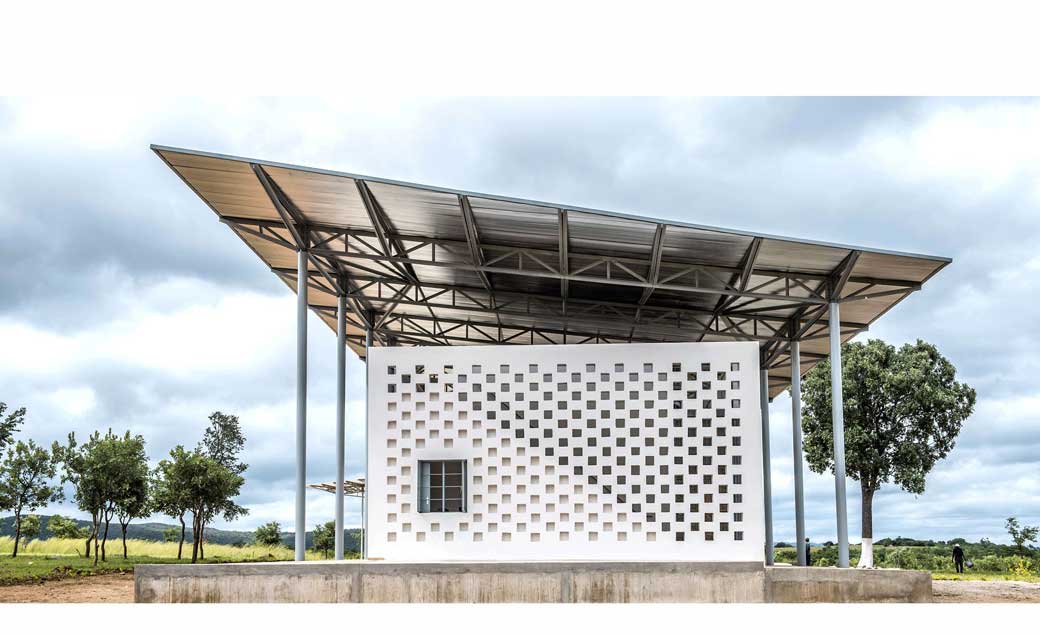 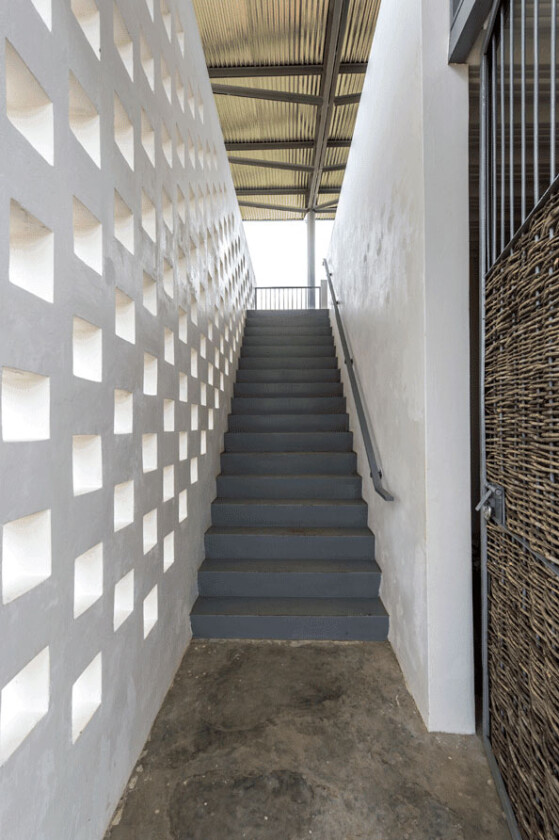 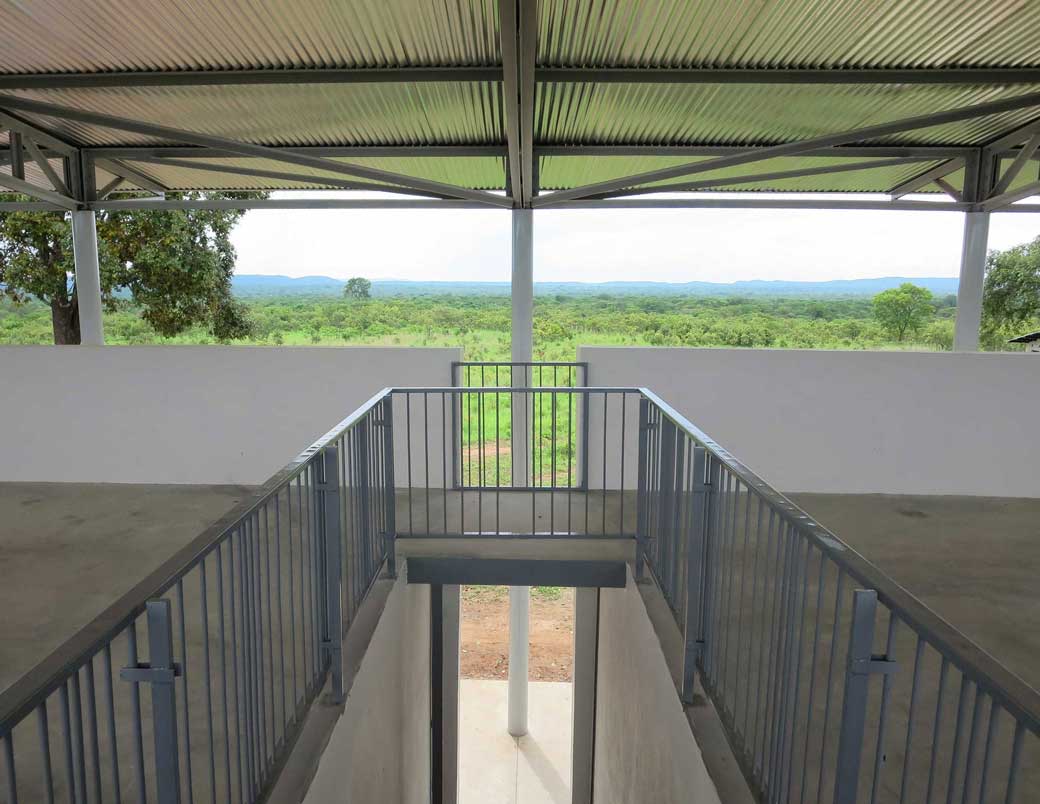 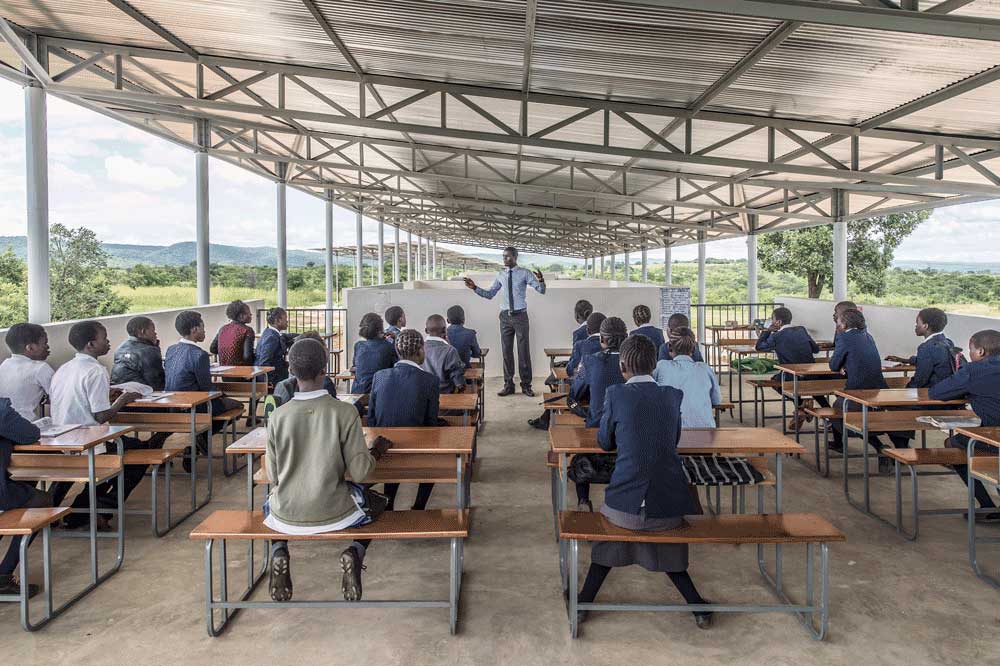 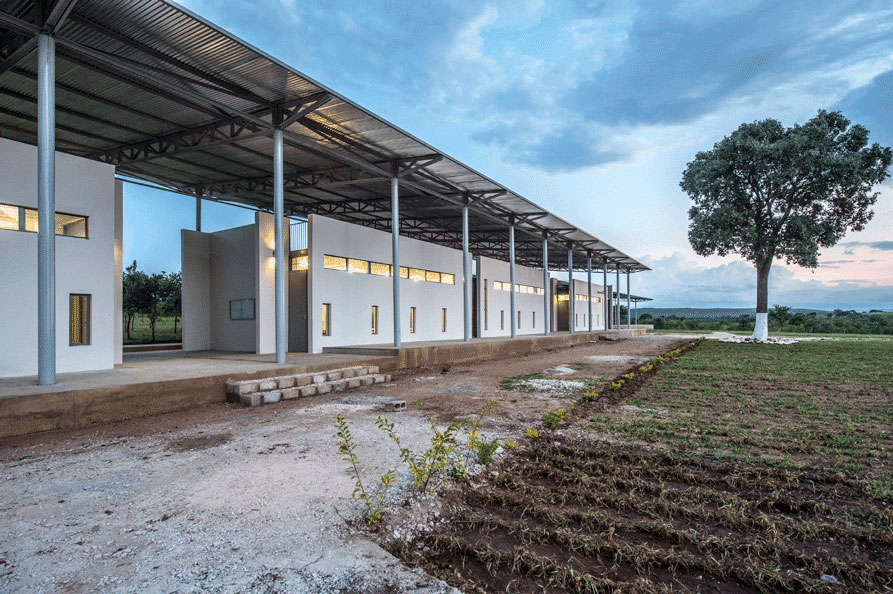 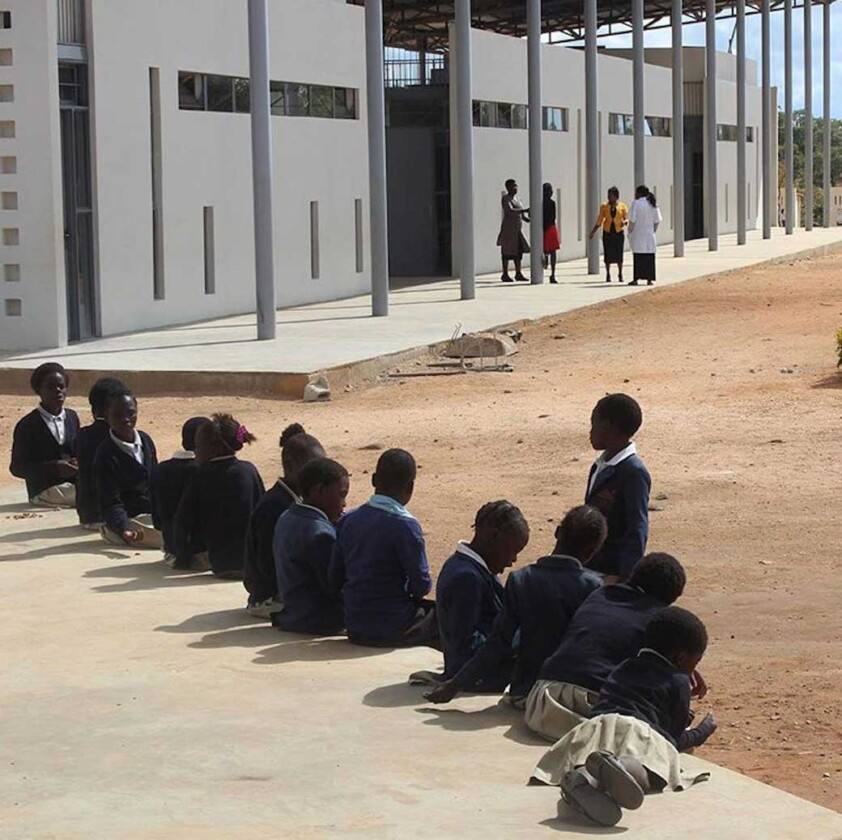 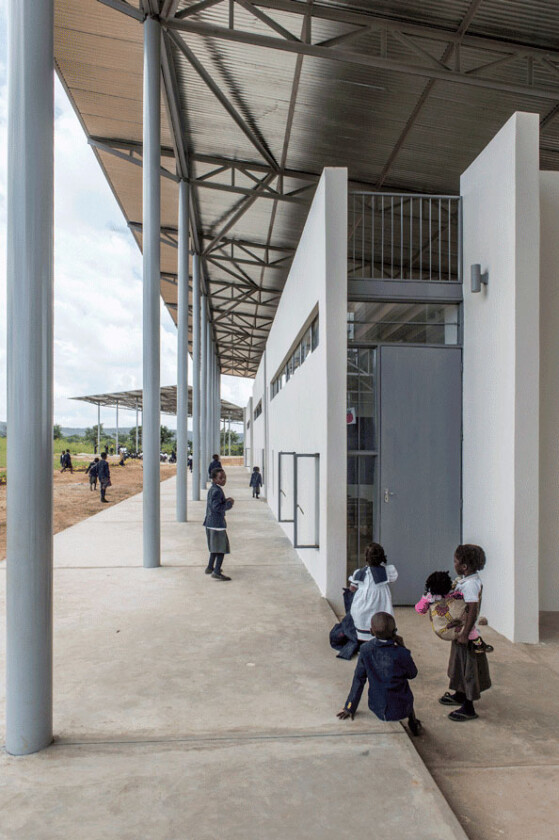 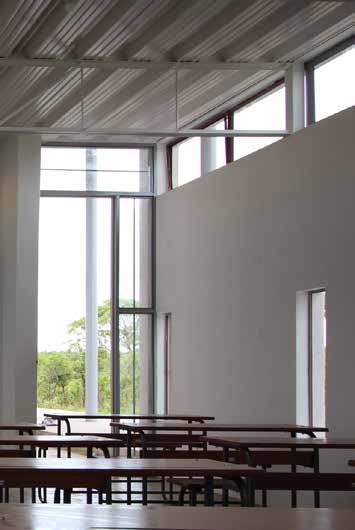 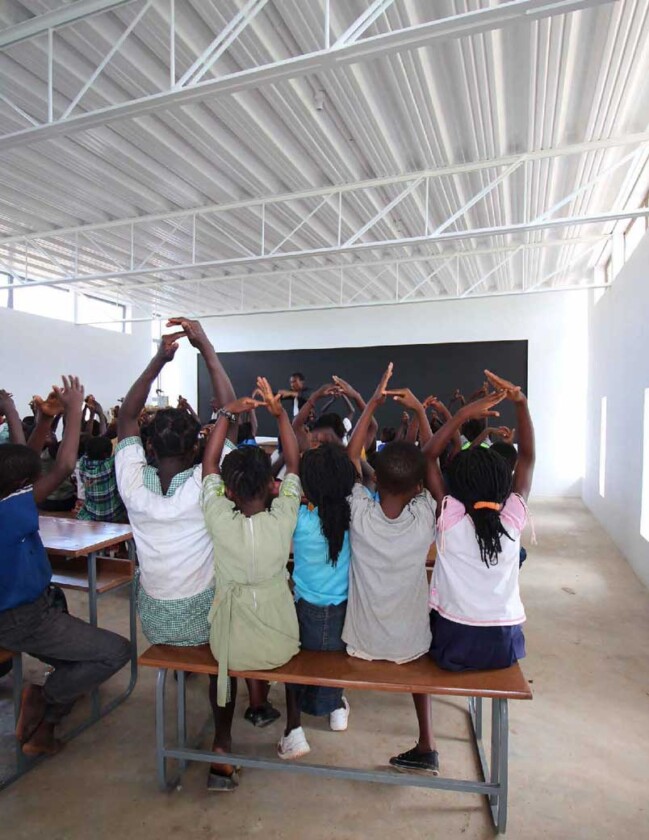 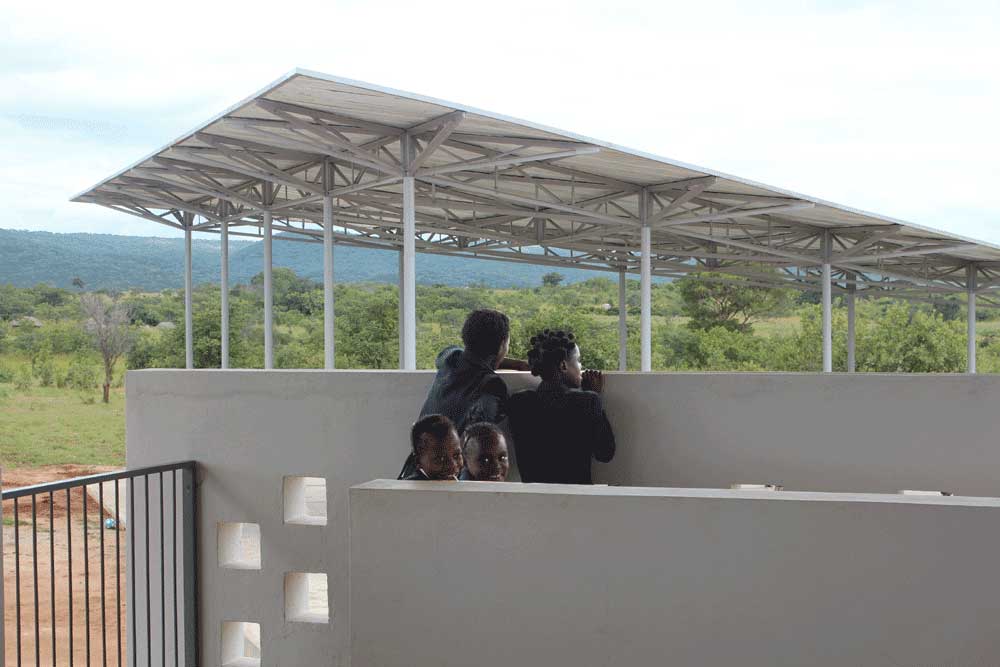 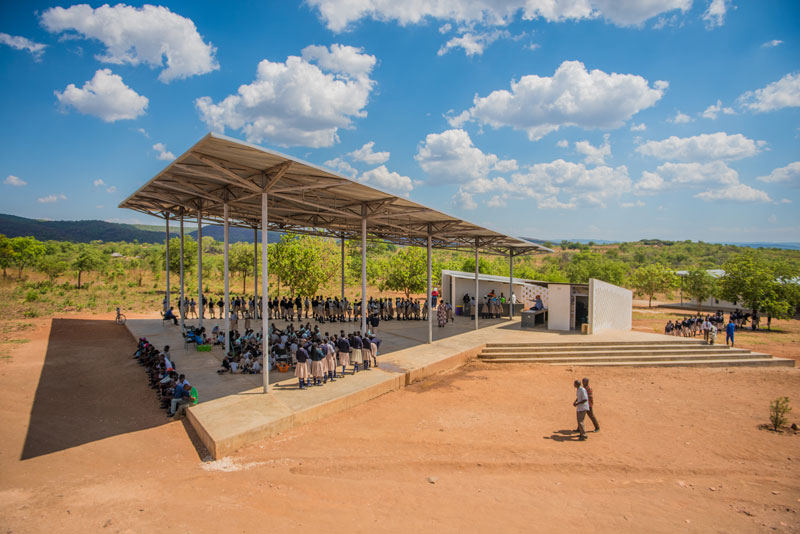 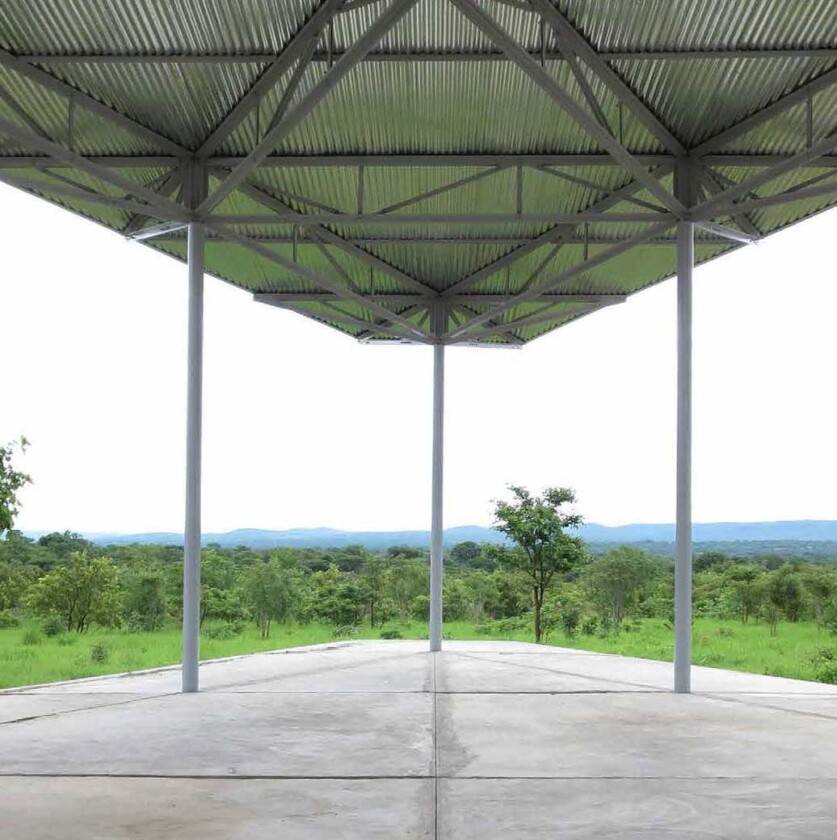 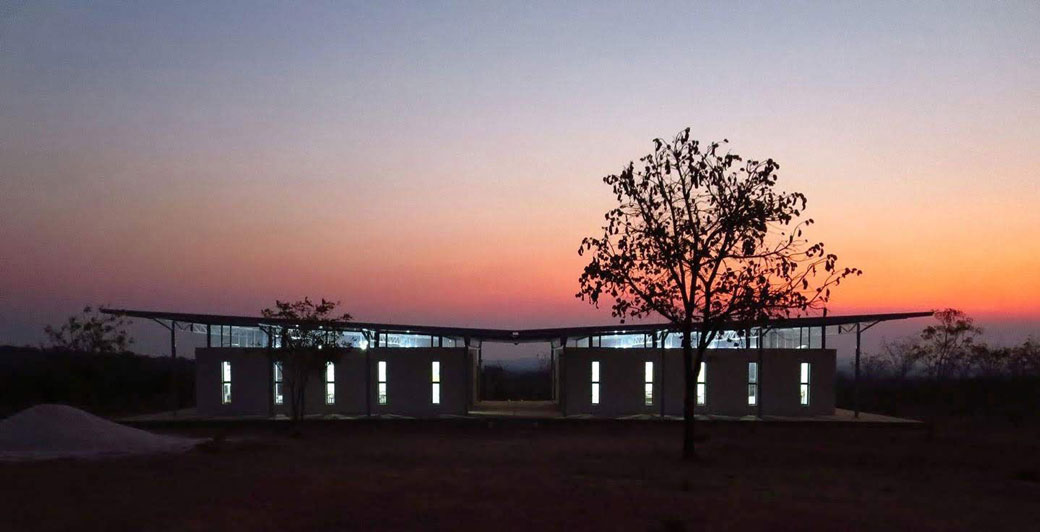 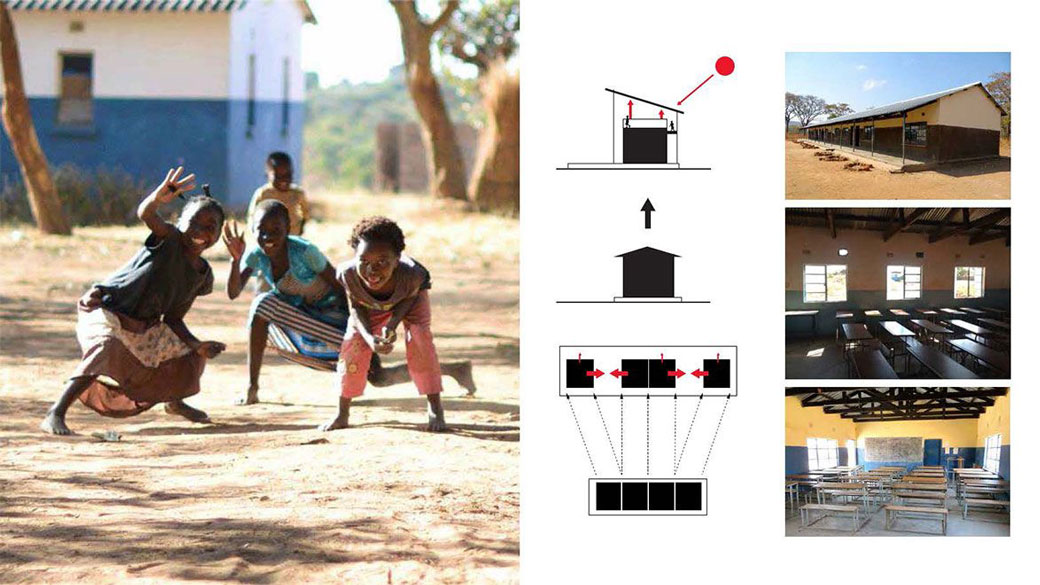 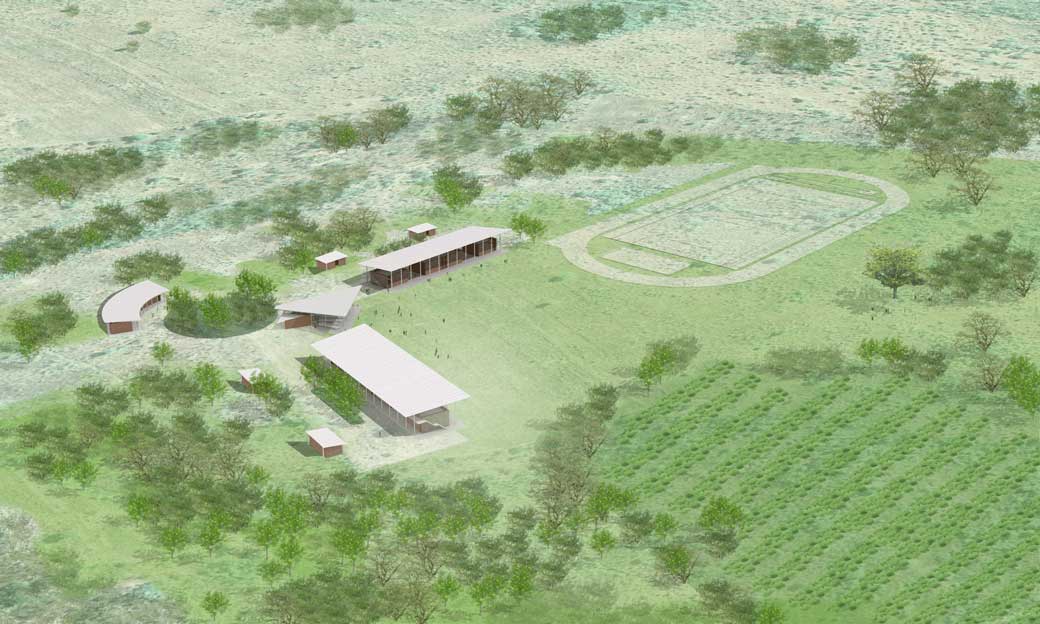 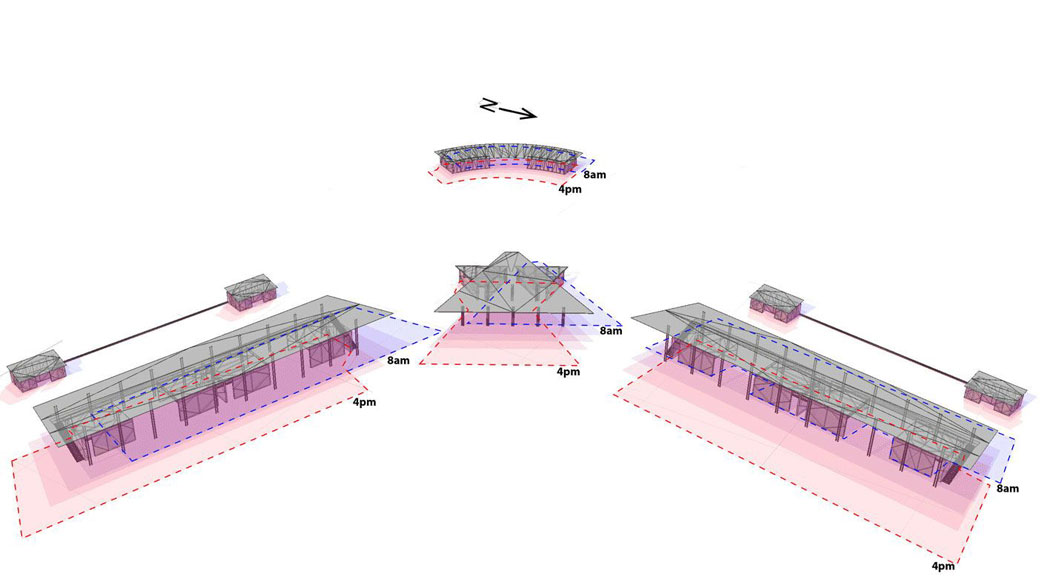 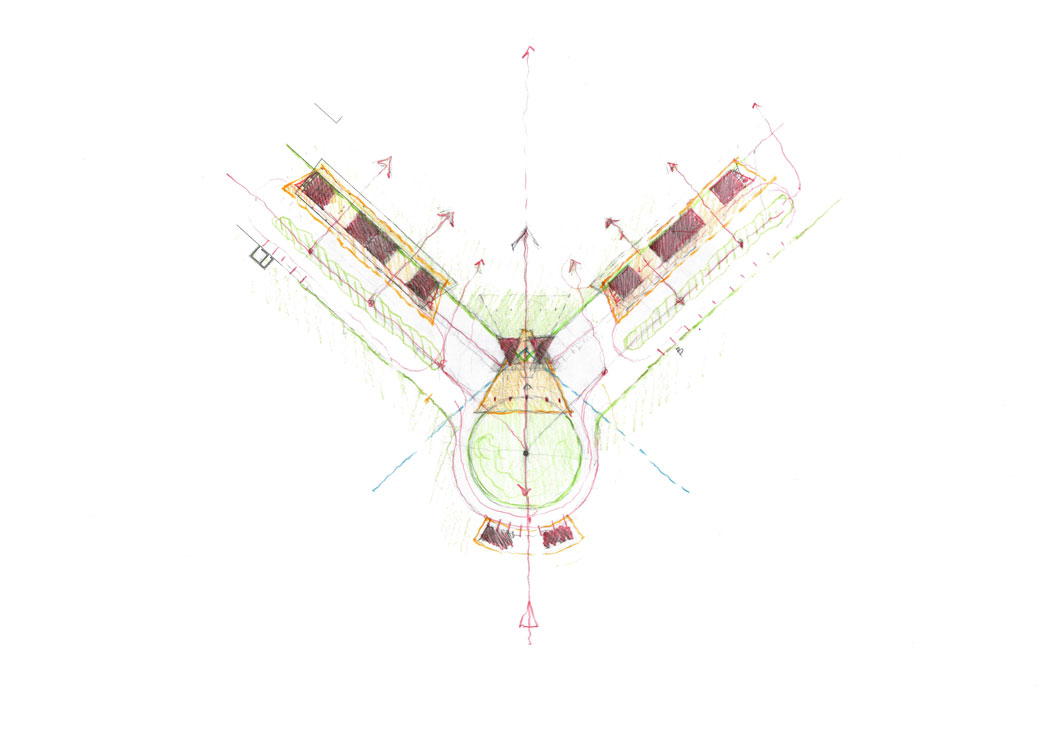 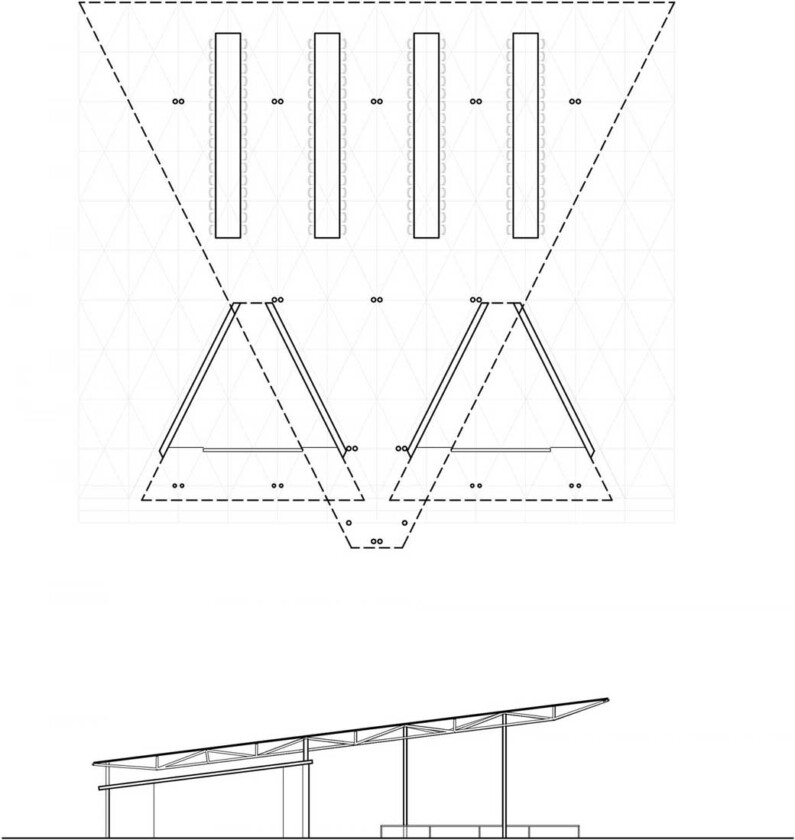 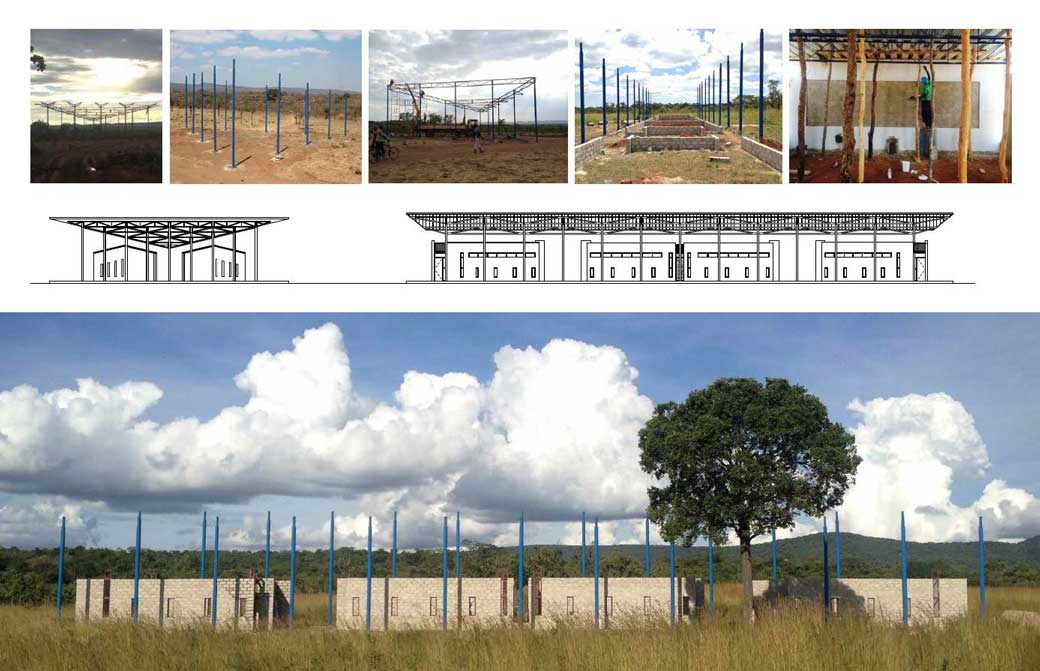 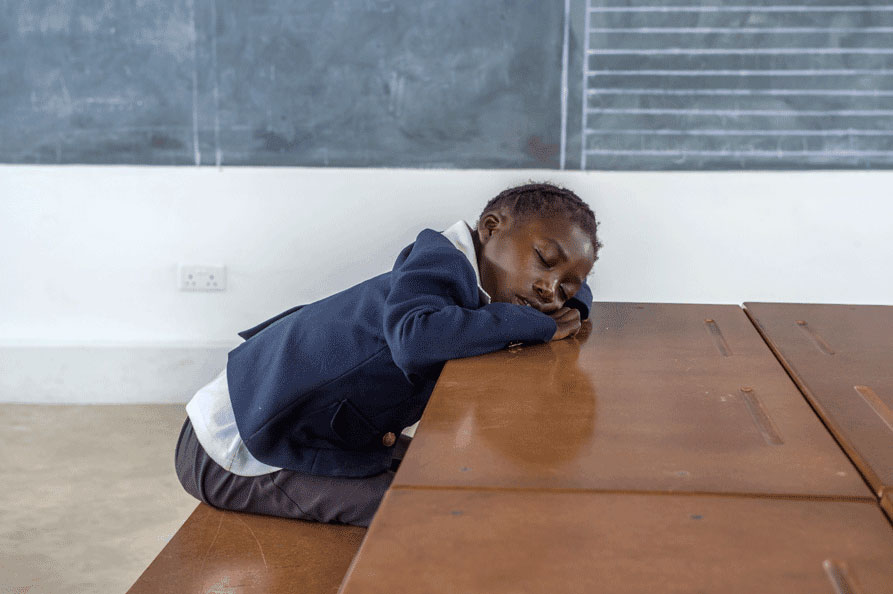 The Chipakata Children’s Academy is a new primary school in rural Zambia, located approximately 100 kilometers east of Lusaka, the country’s largest city.  The project establishes a sense of place and community for seven rural villages. The design for Chipakata Children’s Academy transforms the regional school typology to create a new paradigm that introduces open space between classrooms for collaborative activity and “raises the roof” to create second-floor open-air classrooms.  Responsive to the local climate, a continuous roof overhang shelters spaces on both levels from harsh solar gain during the summer months and provides cover during the rainy season.  Clerestory windows are integrated into all the classrooms to maximize daylight. The first phase of the project, which opened in January 2015, includes a classroom building, community pavilion, administrative office and teachers’ housing. Nearby, agricultural fields dedicated to generating food and income support the operation of the school and ensure long-term economic sustainability for the project. Local village residents were key participants throughout the development and construction process.  A community gathering space—a triangular shaped structure—provides shelter from the sun and rain and a flexible space for eating, gathering, and community celebrations. A gateway pavilion completed in late 2016 is the latest addition to the campus with another classroom building in construction.

Defining a Sense of Place and Community in Rural Zambia